Same actress, different characters in The Expanse 1.3 and 1.9?

I wondered if two non-speaking extras are played by the same actress, and if so if they are supposed to be the same character in-universe. Unfortunately they are not listed in the IMDB cast of characters.

The second appearance is brief and in the background, so I'm not even sure if the first part of my question is true or if it is just a similar hairstyle. If not, the second part is obviously pointless. But if they are the same, that raises the question how she got off the Donnager.

They do not appear to be the same actress.

The woman in The Expanse S01E03 "Remember the Cant" is Diana Bentley as Sergeant Grimes. According to IMDB she also played Sgt. Grimes in S01E04 "CQB". I believe this is the picture you're referring to: 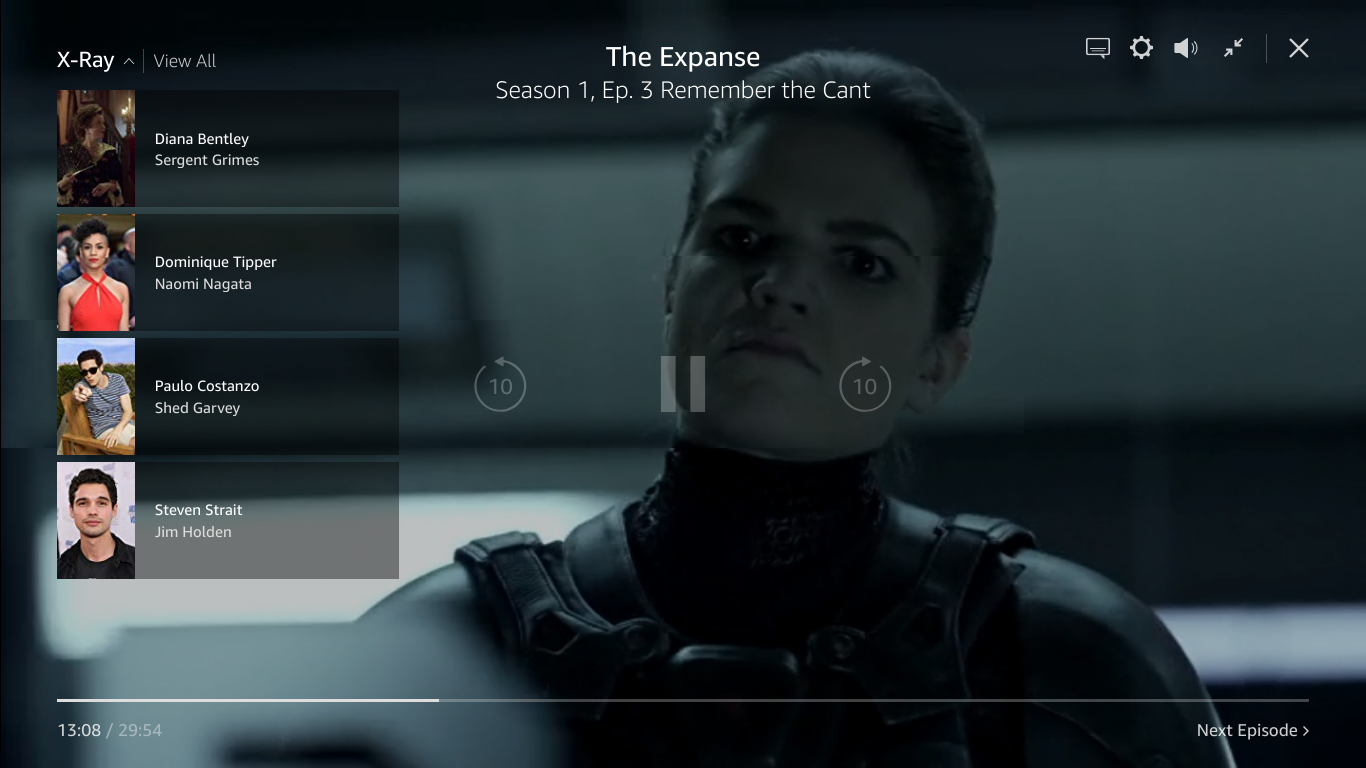 Bentley does actually have at least one line; if you listen carefully, as she's opening the door to Holden's cell she says "You." It is easy to miss because of the noise of the door opening and the shot cutting with the door opening across her face, so you don't actually see her say it.

The woman in S01E09 "Critical Mass" is uncredited (she had no lines, and that's usually a big indicator of whether the actor is credited or not). However, her facial structure and skin tone are different, so I don't believe that is the same actor. Compare: 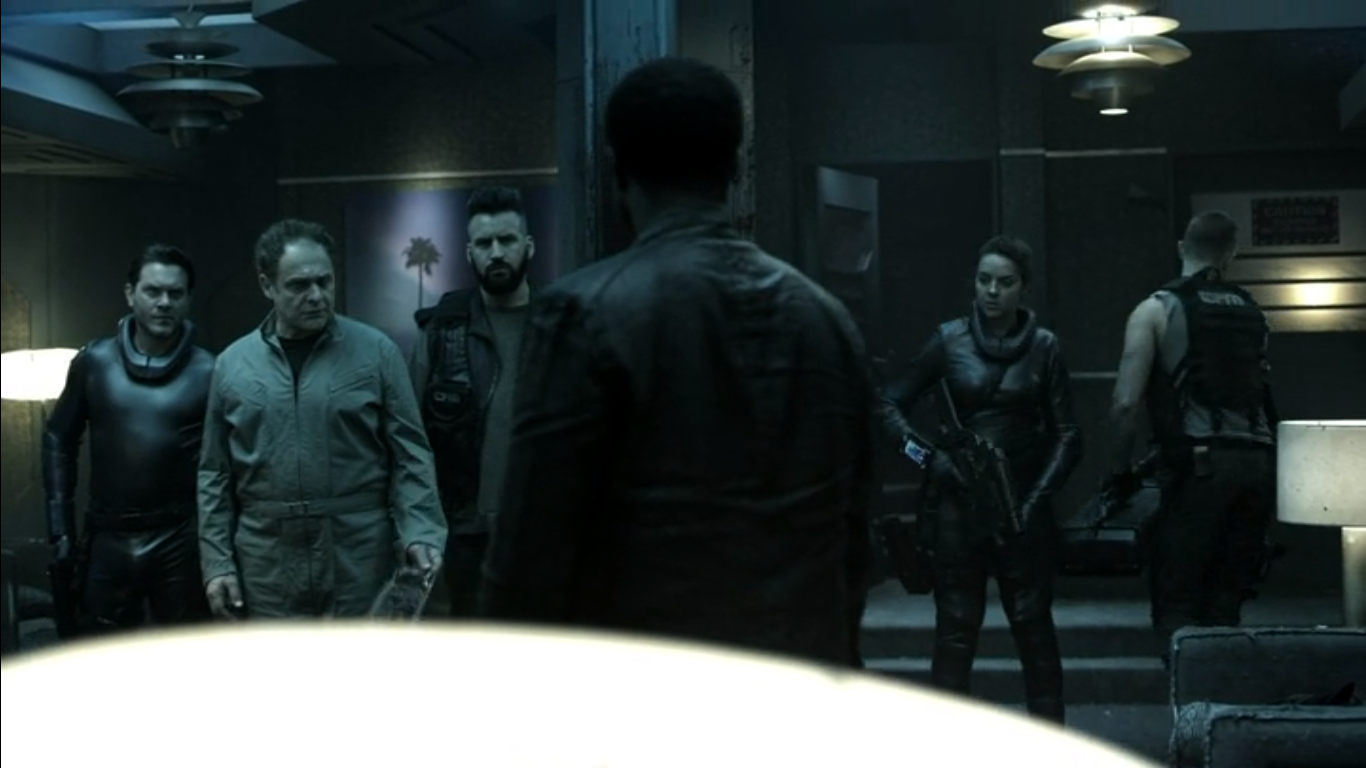 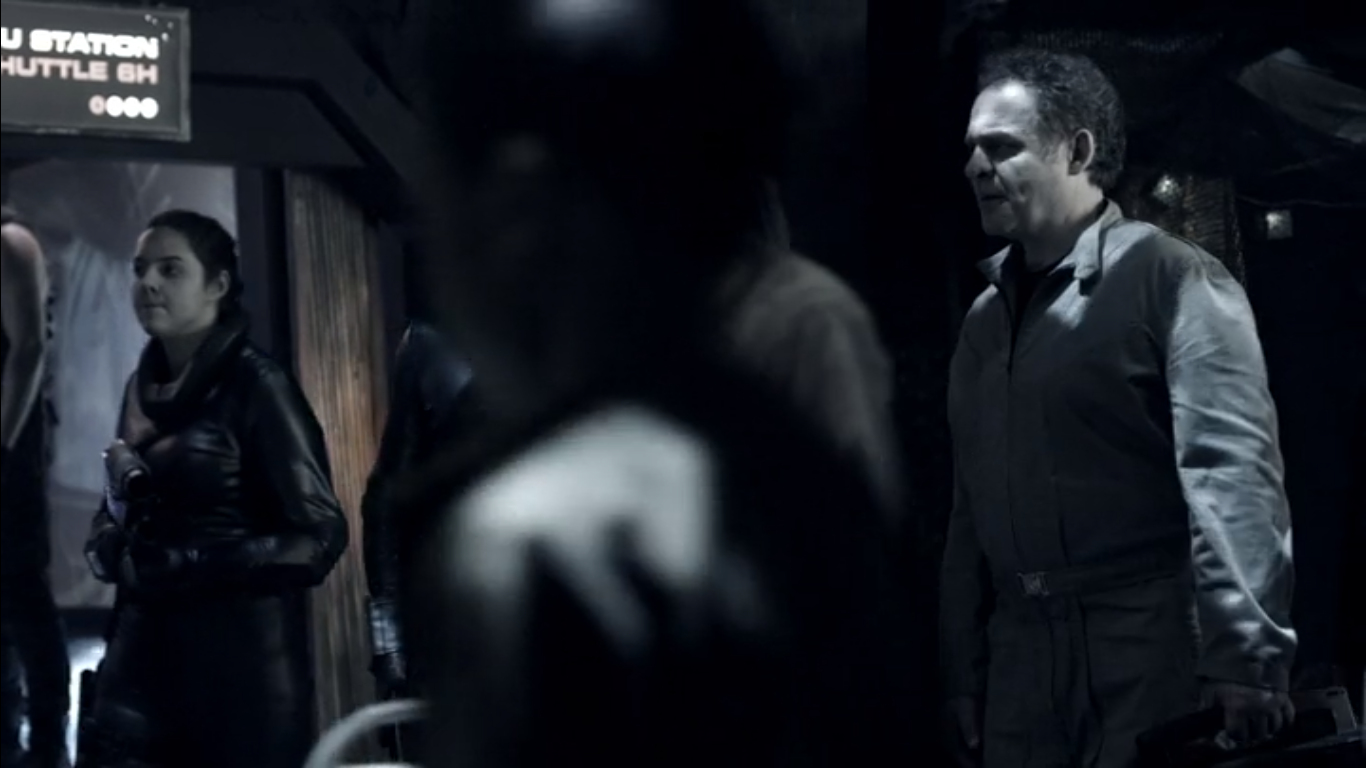 Both characters have dark hair pulled back in a similar manner, which may lend to some confusion.

Not the answer you're looking for? Browse other questions tagged character-identification the-expanse-2015 or ask your own question.

33
Why is water so rare in The Expanse?
6
What was the “bold move” Chrisjen is referring to in The Expanse - Episode “The Big Empty”?
13
In The Expanse, what is the protomolecule made out of?
5
Who are these speedsters in The Legion of Doom (Season 2 Episode 10)?
7
Did The Expanse break its own rules?
19
When does The Expanse take place?
4
Who is this character and who is the actress?
9
Why does Earth need water in the Expanse?
2
In The Expanse (TV), Series 3, what is The Investigator talking about when he says “Doors and Corners”?