Where do teachers sleep at Hogwarts?

I am spending the summer re-reading the entire Harry Potter series. I just finished Book 3, Harry Potter and the Prisoner of Azkaban. I had a thought when I encountered the passage wherein:

Professor Lupin describes taking Snape's potion so he can keep his mind when becoming a werewolf and "curl up in [his] office, a harmless wolf".

Why do so in his office, where students or other teachers might come looking for him? Does he not have private sleeping quarters?

As I thought about that, I realized that I wasn't sure I could recall any time where we see a teacher's living quarters in the books. (I might just be forgetting.) Is there some kind of teachers' dormitory, and that's why Lupin uses his office for that purpose? Do we ever see where any of the teachers live?

The professor's offices are actually small suites of rooms. In chapter 18 of The Half Blood Prince, Harry goes looking for Slughorn early in the morning.

Harry had been slightly worried that Slughorn might be at breakfast, but he answered his office door at the first knock, wearing a green velvet dressing-gown and matching nightcap and looking rather bleary-eyed.

Well, we know they have living quarters because we've seen several of the teachers in their nightclothes. In Philosopher's Stone, Filch appears to take Harry, Ron, Hermione, and Neville to Professor McGonagall's living quarters:

Things couldn’t have been worse.

Filch took them down to Professor McGonagall’s study on the first floor, where they sat and waited without saying a word to each other.

In Order of the Phoenix, in the chapter Eye of the Snake, after Harry has the experience of Nagini being inside him and attacking Mr. Weasley, Neville had to go and fetch Professor McGonagall from her quarters, although Harry was unsure of how long this took (he was traumatized). In Goblet of Fire, Snape appears in a nightshirt in the chapter The Egg and the Eye, and his quarters appear to be close to his office; he has a convo with Filch:

‘This egg was in your office, Professor?’

‘Of course not,’ Snape snapped, ‘I heard banging and wailing –’

‘– and when I passed my office, I saw that the torches were lit and a cupboard door was ajar! Somebody has been searching it!’

Then Moody shows up in his nightshirt to complete the surly pajama party, but it's unclear whether he has quarters in his office, adjacent to it, or somewhere entirely different.

Even the most dedicated workaholic usually has outside living arrangements, even if they don't use them. The Hogwarts staff might be dedicated enough to spend the majority of their time in their offices, but I think they have quarters in Hogwarts aside from their offices. Teachers at boarding schools might be given on-premises living quarters that vary in size (not huge, typically), but could include a bedroom, a study, a living room, a kitchen, and a bathroom. At Hogwarts, an apartment-style residence would seem logical, as we know from canon that there are not teachers' homes dotting the landscape. We also know from J.K. Rowling that some of the teachers were married, but their spouses were not living with them at Hogwarts, which again points to small quarters.

As to Lupin curling up in his office to undergo his transformation and wait it out, a couple things occur to me. First, he was proud to have a job, much less a teaching position at Hogwarts. Perhaps completing the transformation in his office was more soothing for him. Perhaps it helped steel his resolve. Second, when I was at school, no one would ever dare to attempt to go into a teacher's locked office -- it was akin to breaking and entering! Of course that example is purely anecdotal, but it could be a factor. Besides, being a Hogwarts teacher just doesn't seem like a commuter position.

I believe Hagrid is the only Hogwarts teacher we know of who has his own home on premises, but he did start out as gamekeeper before his promotion. Please correct me if I'm wrong.

From the Pottermore article on Professor McGonagall located here. It would seem that each teacher has sleeping quarters attached to their office in some way.

Minerva could not bear to remain alone in their cottage, but packed her things after Elphinstone’s funeral and returned to her sparse stone-floored bedroom in Hogwarts Castle, accessible through a concealed door in the wall of her first-floor study.

I understand it that teachers have living quarters that are accessible from their offices. Also teachers are not required to sleep in the castle they likely have homes in hogsmeade. Infact Mcgonagall's pottermore back story states she did live in a cottage in Hogsmeade although she moved back to Hogwarts following her husbands death. Sorry if this didn't help :)

If you play the game boy advance game of this very same year (3) you will notice that in Lupin's office there is a bed. And let's not forget that curiously the games (specially the old ones (in platform generation) ) are more in check with the books than the movies.

You asked: Do we ever see where any of the teachers live?

Certainly. While we don't see most of the teachers' residences, there is one we do see, and often: 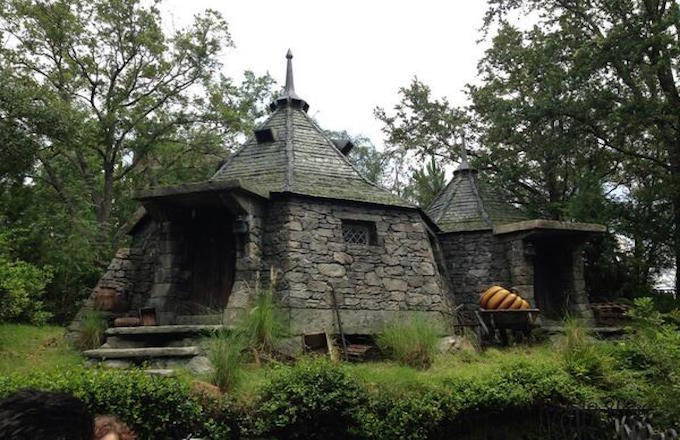 45
Where did Dumbledore live while working at Hogwarts?

21
Why did Sirius succumb to the Dementors without resistence?
36
Where had Lupin taught before Hogwarts?
25
Why are Hogwarts students threatened with expulsion so much?
13
Why do the Weasleys go to Egypt twice in the same year?
2
Effects of Legilimency used on someone
36
What makes the Whomping Willow so valuable to Snape?
6
Can legilimency be felt?