Is there anything to support this Wikipedia claim about Ursula K. Le Guin re-using the planet name "Werel"?

Comments to Lorendiac's answer in this question pointed out an odd coincidence -- Ursula K. Le Guin may have used the same planet name ("Werel") to refer to different worlds in different stories:

The Wikipedia article for Four Ways to Forgiveness claims

This 'Werel' is not the same as the world called Werel in Le Guin's Planet of Exile and City of Illusions.

but there isn't any citation or explanation why.

Both novels are set in the "Hainish Cycle" universe and both involve liberation from slavery. In PoEx and CoI the Werelese are liberators but in FWtF they are the enslavers.

Is there any statement from LeGuin herself about any relation (or lack thereof) between the Werels in the two story sets, or is it inferred only from the text?

If you follow the source linked in the Wikipedia article it quotes LeGuin with saying in an open letter that she had "simply forgot" that she had used the name already. Also the planets are described differently. Screenshot from Google Books: 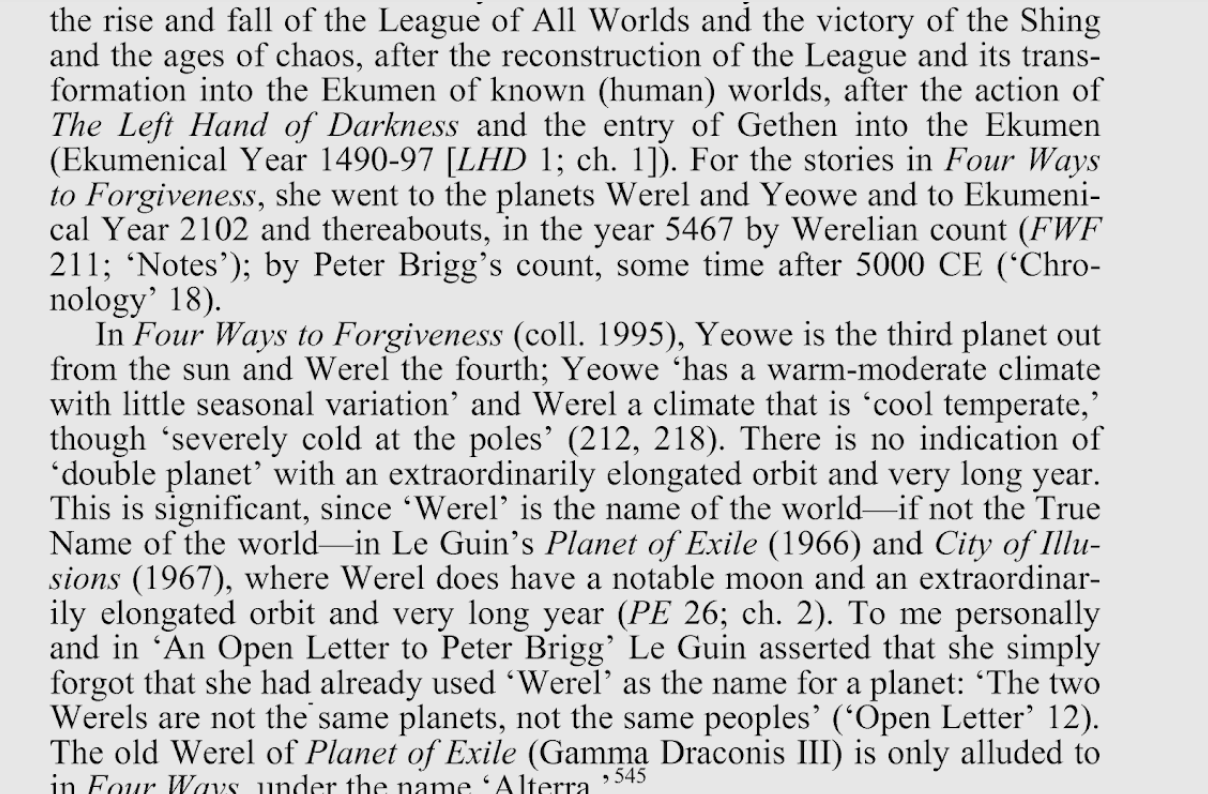 Not the answer you're looking for? Browse other questions tagged ursula-k-le-guin hainish-cycle or ask your own question.