Disney cartoon with 5 wheeled characters on floating islands, slides take them to islands to do missions

I used to watch this cartoon in 2011 or 2014, I think. It has five characters, and all of them have wheels. There are floating islands, and whenever they have a mission, I think a slide appears, and this takes them to the island they need to go to. I think it was on Disney Junior.

You are looking for "Animal Mechanicals" 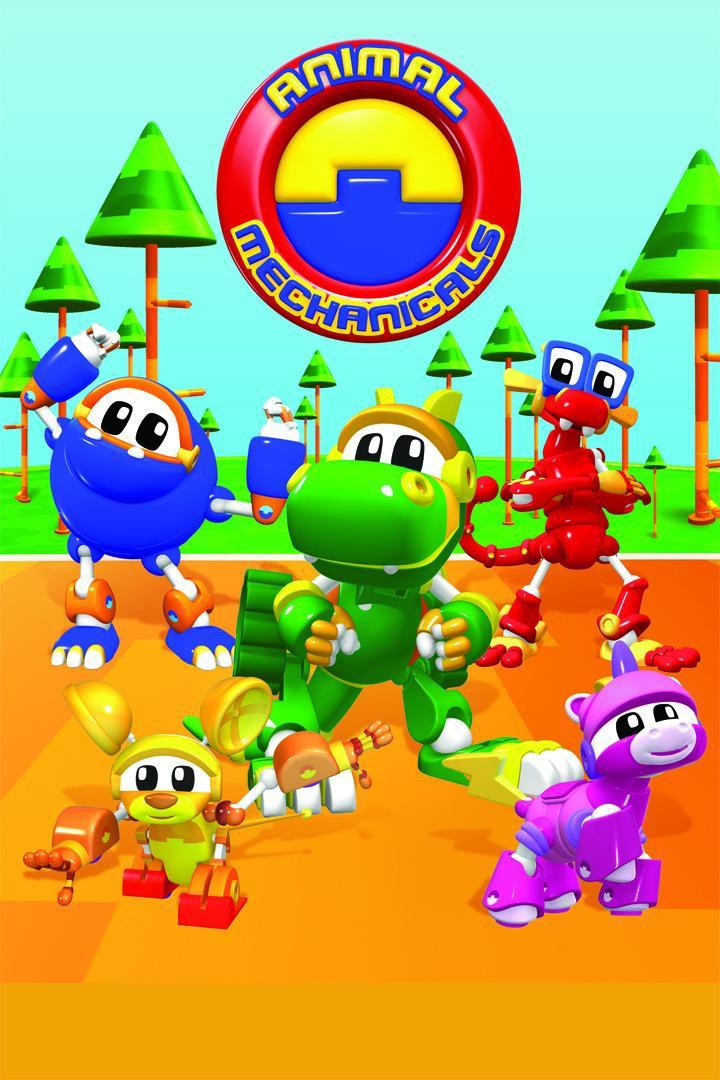 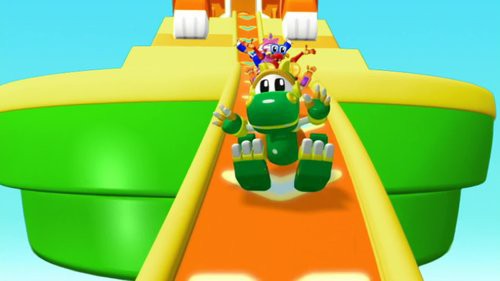 This cartoon for preschoolers takes two elements young children often find fascinating -- mythical animals and monster trucks -- and combines them to create a different kind of action hero. The mechanicals are comprised of Rex, Unicorn, Komodo, Sasquatch and Mouse, five friends with the power to transform themselves into various shapes, which comes in handy considering the world in which they inhabit is also a "snap-together-take-apart" kind of place. Each episode, the mysterious Island Owl appears to send the team on a specific mission. It doesn't take long for the Animal Mechanicals (and young viewers) to then decide who among them is best suited to tackle each of the many challenges that pop up during their adventures.

Each character transforms during their missions, and some of those transformations have wheels. Most notably, Rex and Mouse. 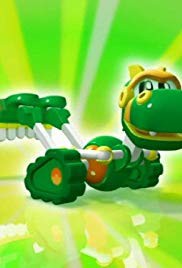 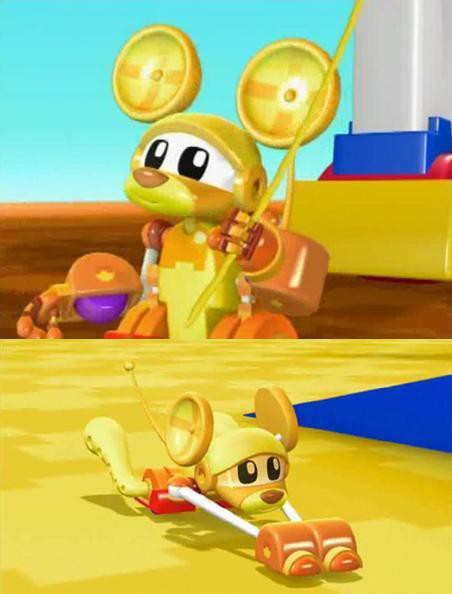 The show has run on multiple networks over the years, including Nickelodeon, Disney Jr, Cartoon Network, and Netflix, but it originally premiered in the US in 2010 on The Hub, which is now known as Discovery Family.

If you're looking for an animated show that aired on Disney Junior in the past decade, in which all the characters "had wheels," then my bet is on Chuggington, a show about trains.

n the fictional town of Chuggington are young novice railway anthropomorphic locomotives ('trainees') Koko, Wilson, Brewster, Hoot, Toot and Piper. The trainees (and sometimes the more experienced Chuggers) learn the value of loyal friendship, telling the truth, listening carefully, persisting under adversity, completing tasks, resolving conflict without violence, and similar values. The locomotives, called "Chuggers", are intelligent, empathetic, independent and somewhat self-directed. They have mobile facial and body features. Chuggers have no crews, yet some have crew doors that can open. Chuggers regularly interact with other humans such as passengers and maintenance crews.

From their central city location, the "trainees" often head out to complete tasks in other locations. And, being trains, they naturally travel on tracks, which may be the slides you are thinking of.

Not the answer you're looking for? Browse other questions tagged story-identification tv cartoon disney or ask your own question.