What is the Maze of Ith in Magic the Gathering?

What is the Maze of Ith depicted in the MTG Land cards? 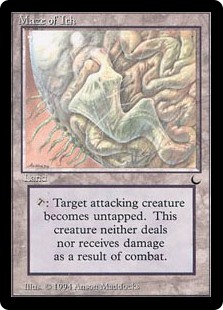 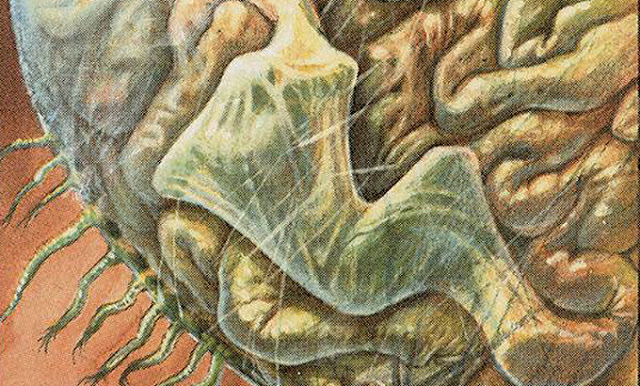 Is it a metaphor for the cage Lord Ith was held in? 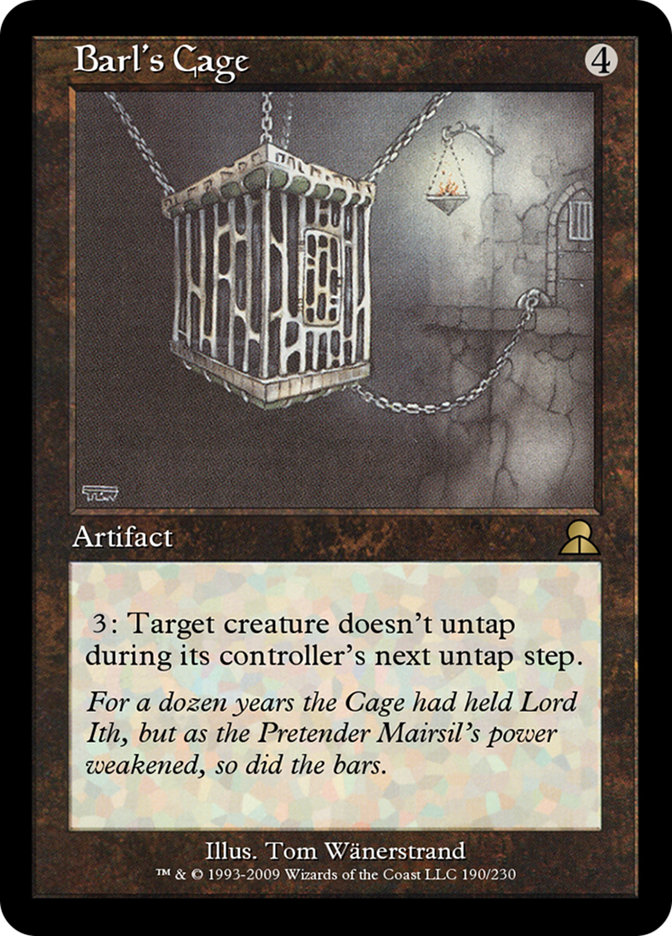 To voluntarily run this maze would seems horrifying, the stuff of nightmares.

It's other depictions though show more traditional yet possibly endless mazes. They remind me of the maze planes from the unrelated fiction of Planescape Torment. 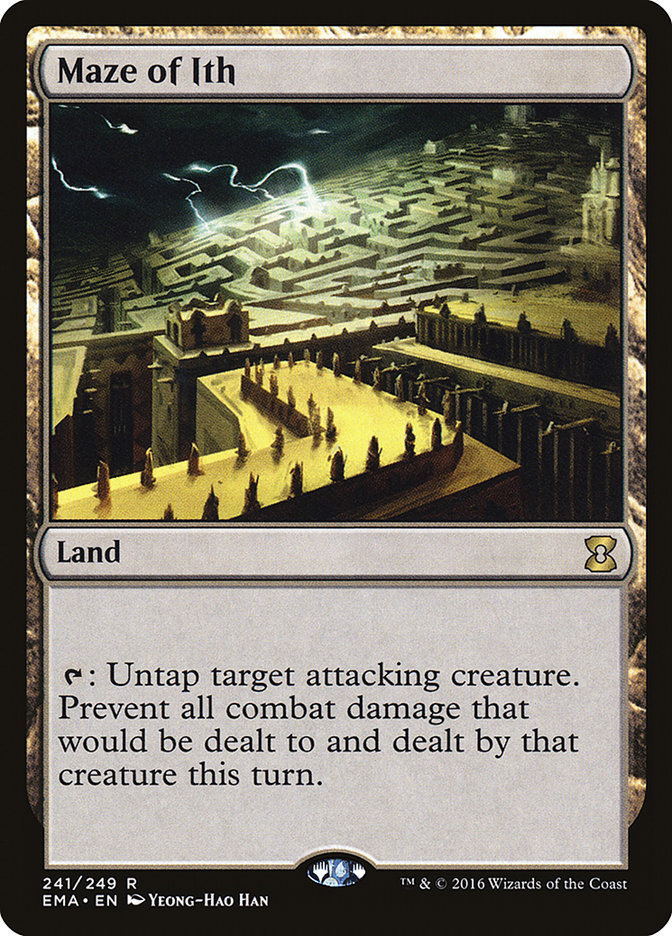 this is Brenda of Anson Maddocks Art. This artwork was created prior to the heavy art direction and story narrative which we now see with MTG. None of the card mechanics, characters nor back-story was known to Anson. He had only the card title "Maze of Ith" from which to work.

Like most of Anson's illustrations, before creating Maze of Ith, he first sought to conceptualize something which would be original and unexpected. Anson feels that as a visual artist, particularly a sci-fi/fantasy artist, one of his primary "duties" is to create imagery which the viewer would not likely have come up with on their own. He didn't want to paint yet another garden hedge maze that everyone has already seen a hundred times. And so he came up with a biological maze which is a creature; an organic maze that depicts both the cerebral and intestinal. There is a human form trapped inside of it, which could represent either your opponent or yourself, as we are often just as likely waging internal battles with ourselves than with anyone else. And the cerebral-intestinal context reminds us that in order to solve puzzles and problems we must use both our intellect and our intuition (or gut) in order to prevail. We must digest or process our demons or enemies before we can glean the wisdom they can offer us, before one emerges successfully from a challenge we must go deep inside of ourselves to fully understand what motivates and sustains us and that these processes work together in tandem...

At least this is what I understand from my discussions with Anson about Maze of Ith..If you have any further questions, please let me know and I will be happy to ask Anson for clarification.

It's probably just a maze.

The original cards that mention Ith are from the set The Dark, which was an early set released just a bit before the Fourth Edition core set and the Ice Age. In terms of the overarching story it tied the end of the Brother's War to the Ice Age, the explosive conclusion kicking up enough debris to blot out the sun. Lord Ith became a character for the Ice Age cycle of tie-in novels for Magic written by Jeff Grubb, and was an archmage and founder of The Conclave.

Lord Ith got his own card for Time Spiral, which has the exact same ability as the Maze named for him, and is not associated with any of the color branches known for tying people up in intestines (he's a white/blue). Early set Magic cards were well regarded for their art, but it was not yet a giant juggernaut of a game with a well coordinated lore and image (they were only just getting noticed for daring to have a pentagram as part of the artwork, witchcraft!), so crawling through a maze of guts was likely an artist interpretation.

So Maze of Ith is likely either a spell the archmage can cast to entrap an opponent for a time, or some invention of his that protected The Conclave. Likely the tie-in novel The Gathering Dark has more information, but I do not have access to that content at the moment. What little I can find leans towards the latter.

(There is an archived article that mentions Barl and Ith were originally conceived as the same person, Barl being a name and Lord Ith being a title. That was changed in error by the author, but kept.)

Not the answer you're looking for? Browse other questions tagged magic-the-gathering or ask your own question.

3
Does Sarkhan Vol planeswalker die after the Eldrazi are freed in Zendikar? (MTG Novel)
15
What made old Planeswalkers so powerful?
7
What was Bolas trying to do with the mana absorbed from the Conflux?
9
Does “thrull” as in the name of the Magic: the Gathering creature type etymologically come from “thrall”?
13
How can I catch up with the story in Magic: the Gathering?
4
What did Teferi plan to do when Jamuraa phased back in?
4
What are the rules of the Guildpact?