In the movie interstellar, how far was Cooper station from Saturn?

When Cooper was seen floating near Saturn he was well beyond the ring system. Is it explained anywhere how far the station was from Saturn?

Cooper Station was in orbit of Saturn.

Given that humanity now has gravity-control technology and reactionless drives, there's really no good reason to assume that they were in any specific orbit other than just kinda mooching around nearby.

For the record, Cooper was found "near" Saturn. Beyond that we don't really get any specifics in the script or novel, but the fact that you can distinguish individual rings would suggest that he's something between 100K and 400K from the planet.

Cooper FLOATS, dead or unconscious, near Saturn. In the distance we see two Rangers approaching ... 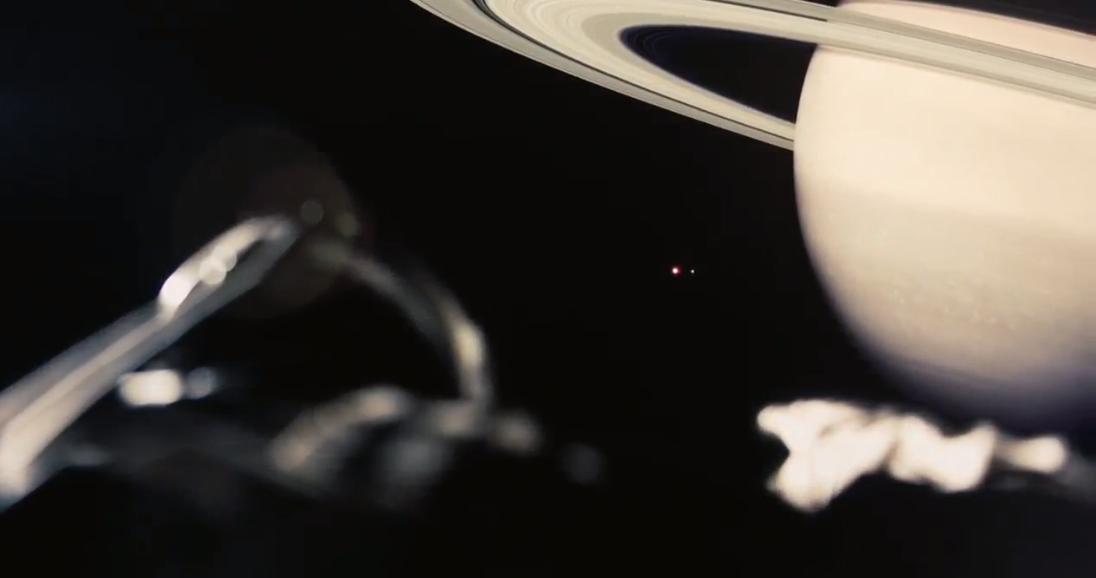 Not the answer you're looking for? Browse other questions tagged interstellar space-station or ask your own question.

9
How does Cooper (the dad) end up in "Cooper Station"?
1
Interstellar blackhole: spherical or Saturn-like?
9
How can Cooper fall into a black hole from the perspective of Dr. Brand or anyone on Earth?
6
How does the wave on Miller's planet cost Cooper and Brand "decades"?
2
How was Cooper able to fly at the end of Interstellar?
9
What happened to Cooper's son?
8
How big is Cooper Station?
4
How are TARS and CASE powered?