In which episode of Doctor Who is the Tardis a Red Police Box and is there a significance for it?

I have seen a few pictures of a Red Police Box in the Doctor Who sites, but there are no particulars as to its significance. Can anyone help me out? I am trying to write a fiction based on the Red Tardis.

You may be thinking of The Happiness Patrol (three Seventh Doctor episodes, Season 25 Serial 2), in which the TARDIS is pink for a while. From the transcript:

(The Doctor and Ace return to see the Tardis is now pink.)
ACE: Professor, look what they've done!
DOCTOR: Yes, it looks rather good.
DAISY: You look rather unhappy about something.
DOCTOR: On the contrary. Just admiring your handiwork. [To Ace] Huh, miserable looking thing, wasn't it?

Thanks to @Valorum who found the full video online and also an image: 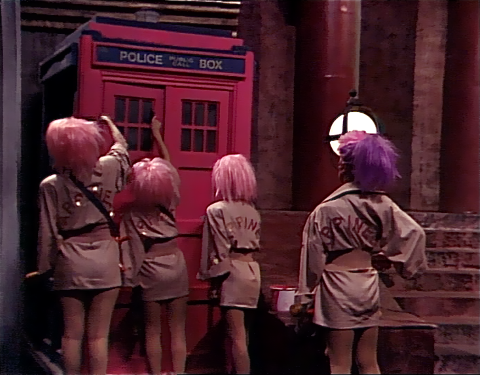 The significance of it in this story is that they are on a planet where sadness is illegal, and blue is associated with sadness while pink is a more jolly colour. (The episode was intended to be a satire on Thatcherism. Some reviewers have claimed there's a gay subtext in the pink TARDIS, but this theory doesn't seem to be widely believed.)

Other than that, the TARDIS has never canonically been red, outside of jokes and spoofs: 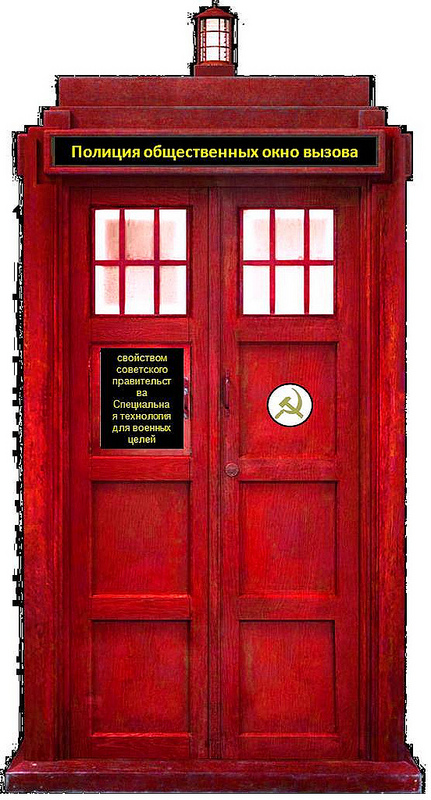 (click for full size version). You're not the only person to think so though.

Not the answer you're looking for? Browse other questions tagged doctor-who episode-identification tardis or ask your own question.

9
Why does the Doctor drive a car when he can take the Tardis?
7
Why did the First Doctor land in a junkyard, and why didn’t the TARDIS disguise itself as junk?
15
Why is the TARDIS a blue police box and not a red telephone box?
10
Doctor Who / Red Dwarf Crossovers?
14
How are the inner and outer doors of the original series TARDIS connected?
9
Why did the Tardis turn red at the end of Turn Left?
21
11th Doctor Who episode with Rory and Amy getting split up
10
How many nasties does the Doctor keep in the TARDIS?