Wolverine (with a criss crossed skin?) rescues the X-men which are in a strange hallucinated world

Some 20 years ago (I feel old: we are talking the first half of the 90s) I was reading (in italian translation, so probably we were lagging some years with respect to the original publication dates) two (or maybe they are the same storyline?) XMen stories which I was never able to read completely. Today I finally realized that scifi.SE could do the magic :-) I have searched around but have been unable to identify the storyline: I am probably using the wrong keywords...

Am I recalling an existing story (-ies) or my memory has made it all up?

Most of these events (items 1 and 2 in your list) occurred in Uncanny X-Men 129-138. They were a critical turning point in the Phoenix Saga, in which Jean was manipulated by Mastermind (Jason Wyngarde), and eventually became the Dark Phoenix.

There were no scars on Wolverine in this storyline, just a lot of hair, and a ripped uniform. But I found the criss-crossed scars in another storyline, and included a screenshot and more info below.

Jean is in the fantasy implanted in her mind by Mastermind, while Cyclops, back in the real world, looks on the scene as it is really playing out. The older garb in jean's mind is seen in the first panel below, the real clothes worn at the party in the next. 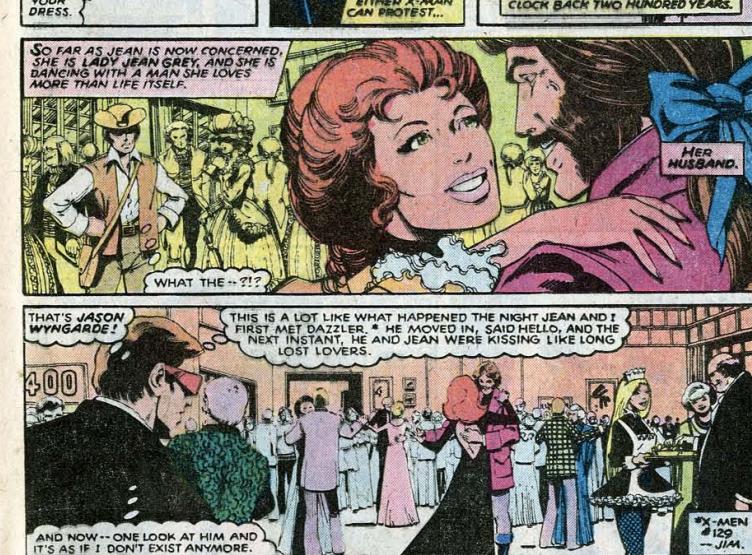 At this point, the rest of the team is captured, and only Wolverine is free to try to rescue them. 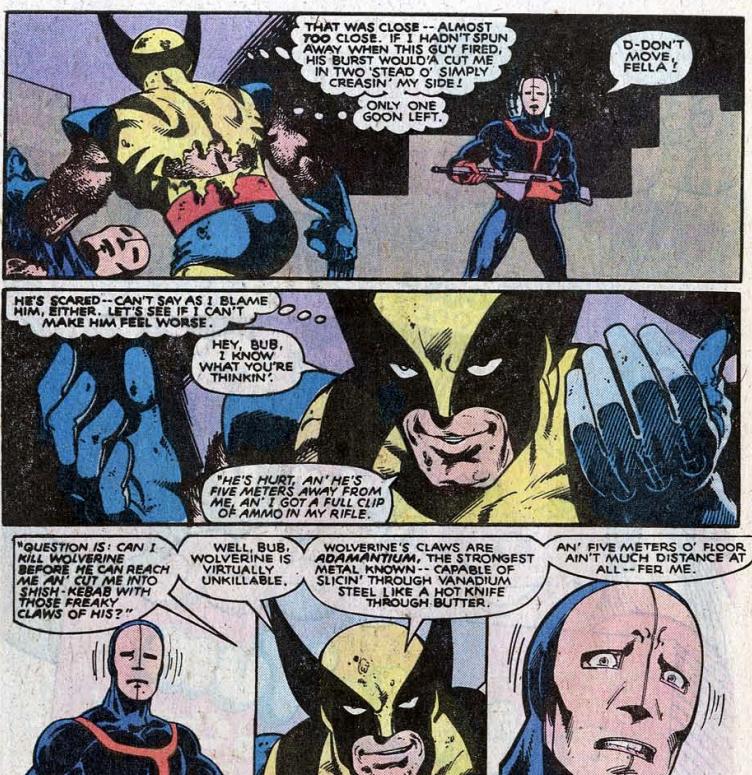 Item 3, the criss-crossed scars you asked about were in a later, but related storyline, where they encountered the Brood, and Wolverine was damaged and infected. The photo below doesn't make it clear, but he is infected, as your comment above indicates.

The two story lines are related in that both the Dark Phoenix Saga and this encounter with the Brood involve the Shi'ar. 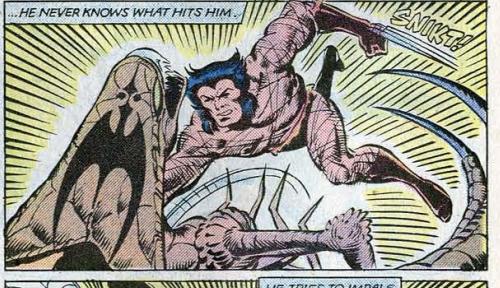 Not the answer you're looking for? Browse other questions tagged marvel comics x-men episode-identification wolverine or ask your own question.