I watched a movie in the 90s, I think. I don't remember much from the movie. There was a young boy who has a blond virtual girlfriend with large breasts. I remember a pool scene where they swam around naked.

Then she becomes real in the movie and comes to life. I don't remember the rest. I think it was a thriller type, but I don't know.

It is possible that the OP could be conflating a memory of Weird Science the 1985 American teen comic science fiction movie: 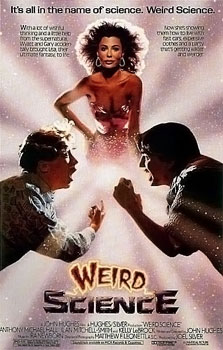 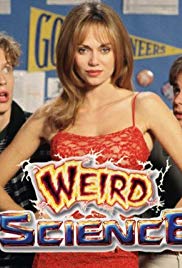 which went under the title Code Lisa in Europe.

inspired by the 1935 classic Bride of Frankenstein to create a virtual girl using [his friend's] computer; infusing her with everything they can conceive to make the perfect dream woman. After hooking electrodes to a doll and hacking into a government computer system for more power, a power surge creates Lisa, a beautiful and intelligent woman with seemingly endless powers.

That's just the beginning. The plot involves a party, conjoured cars, Lisa (Kelly LeBrock) pulling a gun on the boy's parents, rewriting their memories, grandparents being frozen and put in a cupboard, an enormous missile conjured through the house - a mean older brother being transformed into a giant talking turd. Too much to go into in any coherent detail here.

The TV series is much the same but involves the blond actress Vanessa Madeline Angel pictured above playing Lisa.

Not the answer you're looking for? Browse other questions tagged story-identification movie artificial-intelligence or ask your own question.