I read this book a while back and probably found it in the young adult section of my library. The plot revolved around a future world where people could live in VR and earn money become famous. It follows a teenager as he figures out the truth about the system and I think he had an evil manager too?

In the year 2045, reality is an ugly place. The only time teenage Wade Watts really feels alive is when he's jacked into the virtual utopia known as the OASIS. Wade's devoted his life to studying the puzzles hidden within this world's digital confines, puzzles that are based on their creator's obsession with the pop culture of decades past and that promise massive power and fortune to whoever can unlock them. When Wade stumbles upon the first clue, he finds himself beset by players willing to kill to take this ultimate prize. The race is on, and if Wade's going to survive, he'll have to win—and confront the real world he's always been so desperate to escape.

I'm not overly confident on this one but it matches the general concept so it's worth a shot. The VR world is the OASIS as mentioned above and there is a famous blogger in the VR world named Art3mis.

Art3mis: a famous female gunter and blogger. Wade has a huge cyber-crush on her, which is complicated by their competition in search of the egg.

The evil manager would then be Nolan Sorrento:

Nolan Sorrento: the head of operations at Innovative Online Industries (IOI), the multinational corporation that serves as an Internet service provider for most of the world, and that plans to take over and monetize the OASIS. Sorrento is head of IOI's Oology division, which is dedicated to searching for Halliday's Easter egg

It's worth mentioning that this was adapted into a film in 2018. See the trailer here.

The book I was remembering was titled The Game by Terry Schott! It's a pretty good book that covers the story of Zack the main character as he plays a virtual reality game in which people can earn credits (money) for when they are back in the real world. I'll post the official summary of the story below!

What if life as we know it was just a game? What if instead of traditional schools, children learned by participating in a virtual reality simulation, one that allowed them to experience "life" from birth to death - multiple times?What if one player, on his final play, could change the world forever?

Another possible match: Metagame, by Sam Landstrom, published in 2010.

I'm not certain about the evil manager, but you can become rich, famous (and to some degree, immortal) through the game, and there is a truth about the system to figure out.

Here's the cover I'm familiar with: 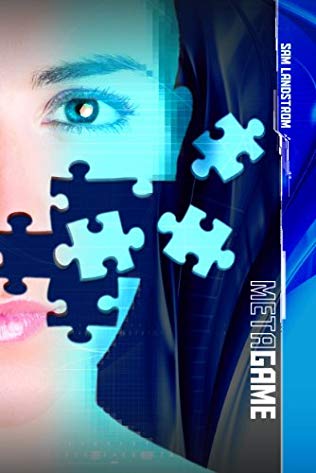 Here's a blurb on the book, from Goodreads:

Life is a game, literally. Winners earn immortality, while losers are condemned to aging and death. D_Light, a gifted player, knows this all too well and he’s willing to do anything to win—even kill. It is no wonder then that when given the chance to enter a MetaGame—an exclusive, high-stakes, anything goes contest—he’s quick to jump at the opportunity. The MetaGame starts out well enough for D_Light, the first quest being to hunt down a dangerous fugitive, but through his own ambition, the tables turn and D_Light finds himself the renegade. Now, D_Light pits himself against his world to find the truth behind “The Game” and must decide between winning it and saving what’s left of his humanity.

Not the answer you're looking for? Browse other questions tagged story-identification books young-adult virtual-worlds or ask your own question.

8
Story about a neighborhood 'stuck' in time
17
Looking for a book series about a girl and her friends captured and sold as slaves
13
Young adult anthology book from 1970s/1980s
4
Ugly girl has heart frozen which makes her beautiful
5
Post-apocalyptic novel with group of teenagers who would fight in virtual war simulations
9
Time Travel Book featuring dinosaurs, cave people, and children
8
Short story from anthology (1960s-1970s) about astronaut in a zoo on a future Earth