It has often been mentioned on second-hand sources that the TARDIS can block unauthorized individuals (basically anyone that the Doctor or the TARDIS itself doesn't want inside) from entering it. What are the exact mechanisms behind this ability?

What would happen if the door was left open and someone unauthorized attempted to enter the TARDIS that way? In the cases where people have brute forced their way in, how did they do so?

I do however presume that other Time Lords have the ability or know-how to bypass this defense and enter the TARDIS against the wishes of the Doctor or the TARDIS itself.

There are any number of systems that prevent unauthorized access to the TARDIS - force fields, defense shields and the like. But most of them, more correctly, are designed prevent access in ways other than through the door.

The crash of the Starship Titanic into the side of the TARDIS was caused by (as we found out somewhat after the fact) a number of the capsule's defense mechanism's turned off to fix the events of Time Crash. Similarly, a number of the systems were down to allow Clara to try to fly the ship in Journey to the Center of the TARDIS.

As for the door, all bets are rather off. If the door is locked, the key is (usually) required. They try to find a matching key to open the capsule in The Deadly Assassin when The Doctor returns to Gallifrey. In later seasons, The Doctor learns to open the doors "with a click of his fingers".

The ship does appear to have some ability to prevent access by people. The TARDIS didn't allow Clara to open the door a couple times early in her run on the show, but eventually she too was clicking the doors open and closed.

But past performance suggests that if the doors are open, any damn fool can blunder in.

As for protecting the people in the ship once hostiles are on board, things get a bit sweaty. For some time, it was believed that "a state of temporal grace" existed within the ship, so no weapons could be fired, and no harm could to anyone - "Which means you can't hurt us, and we can't hurt you" (The Hand of Fear). Later seasons had various energy weapons discharged in the control room with casual abandon, calling that idea into question. It wasn't until Let's Kill Hitler that The Doctor admitted it was "a clever lie", after Mels successfully fired her revolver, hitting the Time Rotor and causing no end of chaos.

In the Doctor Who 2005 episode "Fathers Day" when Rose Tyler saves her father from dying and the Reapers emerge to fix the paradox, the Ninth Doctor runs back to his Tardis and finds "it", "the Tardis", has forcefully put up a wall into the control room and shaped itself into a proper 1950s police box and wouldn't even let the Doctor back in her, "the Tardis". 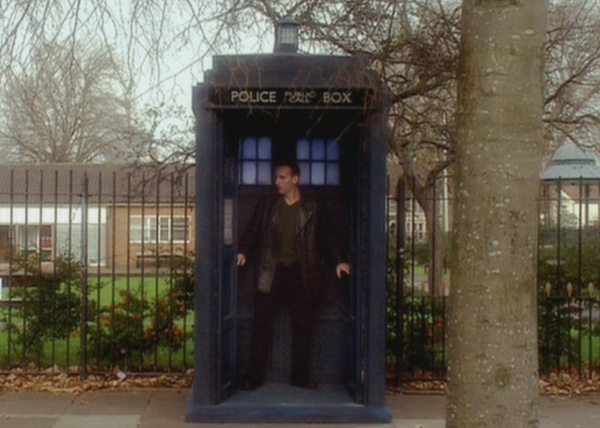 In Doctor Who, "Flatline", (twelfth Doctor episode) it shrunk

And in Doctor Who, "Journey to the Centre of the Tardis", (eleventh Doctor episode) there are "time zombies". 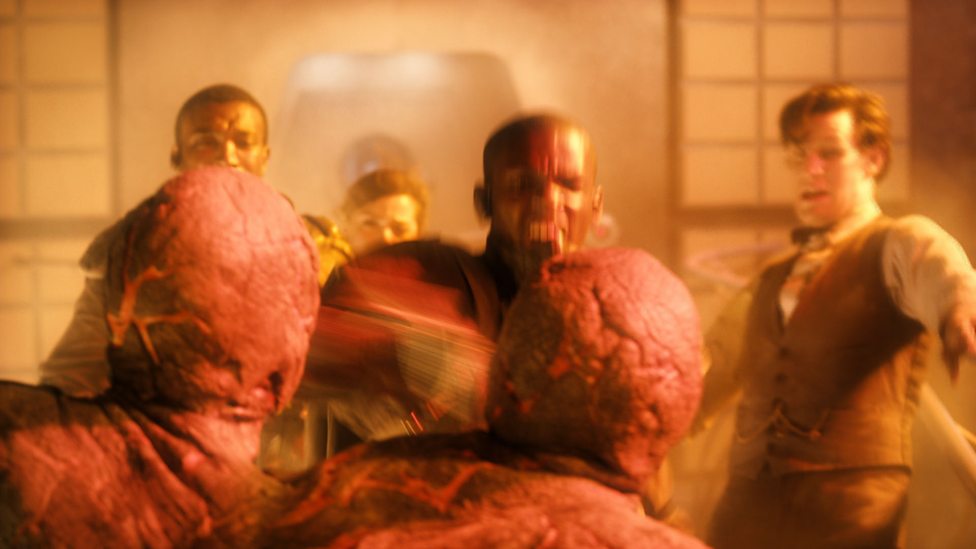 the exact mechanisms behind this ability

There seems to be two levels of lock security: one to prevent unauthorised persons from using a key, and another, optional level whereby the door can be double locked against even authorised keyholders.

The original reference to some kind of additional security on the Tardis lock comes from The Daleks Episode 2: The Survivors. Susan suggests the key must be used in a certain way, and argues Ian can't just use trial and error:

No, you'd jam the lock. Look, it's a defence mechanism. There are twenty one different holes inside the lock. There's one right place and twenty wrong ones. If you make a mistake, you'll. Well, the whole inside of the lock will melt.

The next Dalek story introduced the idea of double locking the door from the inside, against authorised keyholders; the Doctor uses it to prevent Susan from entering. I think he does this from the console but I'm not sure. The same idea was later used by RTD in Utopia when the Master double locked the door against the Doctor, in that case using a catch on the lock inside of the police box door, and then following that up with a switch on the console that seems to lock that defense in place.

The rather drastic melting lock combination defense isn't mentioned again. In Spearhead from Space the Doctor says the lock has a 'metabolism detector' that would prevents unauthorised persons from using the key, so perhaps the Doctor replaced the meltdown defense with something less drastic between The Daleks and Spearhead.