I don't remember much from it. It was about a crew that flew around in their ship. The ship got power/ bonus powers from putting different crystals in the engine. I think it's from one of the "mainstream" cartoon channels CN, Disney's various channels, Nickelodeon or maybe Enix

This is Storm Hawks, which aired first in 2007 on YTV in Canada, and then on Cartoon Network in the United States. 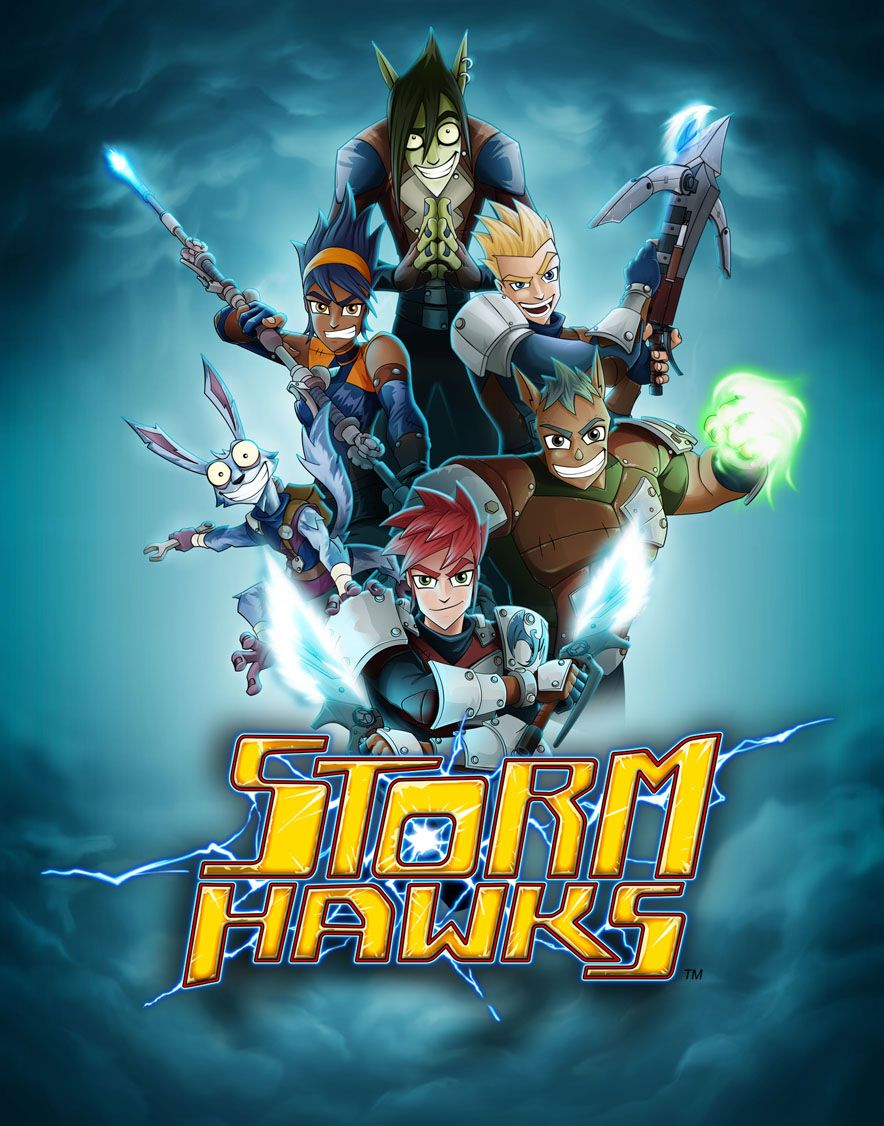 Storm Hawks is set on a fictional world called Atmos, a largely mountainous world consisting of scattered, towering, plateau-like land masses known as terras. Directly below the terras lie the Wastelands, the most dangerous area of Atmos, with infernal fires and wicked creatures. Because of the geography, travel is mostly dependent on flight. The technology of Atmos is based around energy-generating crystals, used to power the various devices in the series. Patrolling the skies of Atmos are the Squadrons, groups of warriors who pilot motorcycle-like vehicles called Skimmers that can semi-transform into flying machines. Each Squadron is led by a Sky Knight and these warriors are loosely managed by the Sky Knight Council.

Found by searching for cartoon ship powered by crystals

5
Mid-80s cartoon with 4-5 robots with “special powers” to zap things; had a scene with a kraken chase on an ice world
5
Looking for a book, wormhole, space ship Crash landing
11
A cartoon/anime with a blonde-haired boy with blue eyes and his father(?), they're looking for 7 gems/diamonds
4
Looking for old sci-fi cartoon
6
Anime/cartoon about various gems giving powers to their holder
4
A cartoon (around 2009-2010?) about a huge muscular hero on a quest led by a small prince?
4
90s/2000s anime/cartoon with a boy, a girl, and a robot looking for seven gems to prevent the planet from blowing up
3
80s/90s Sci fi cartoon with artwork similar to Moebius', with a space journey atmosphere and a blue spaceship flying through the desert