70's Horror film with people in a mansion: girl turns to mud in front of a man

I'm looking for a film I watched at home on TV when I was a kid, probably between 1976 and 1980. The film deals with a band of people settling in a big house, perhaps a mansion.

I remember a scene where one man, in his bedroom has the great surprise to see the girl he's secretly in love with, join him in bed. But at the second she's standing over him, she turns into mud that splash all over him and the bed. Terrified, he's helped by the others to have a shower to get rid of the mud.

Another scene I remember is that they're all standing at the floor level, and they hear what looks like foot steps coming from the upper floor, but appears to be a ball going down the stairs.

You're looking for Expulsion of the Devil (AKA At the Meeting with Joyous Death) from 1973, directed by Luis Bunuel's son. From its Wikipedia page:

A married couple purchases an abandoned house in the countryside. Soon they witness strange apparitions and events. Their son and moreover their prepubescent daughter are haunted by a poltergeist.

A film crew comes to film the supernatural events (and among them is a young Gerard Depardieu). Both scenes are there: In one, everyone's downstairs and hear sounds upstairs, which turn out to be a punctured volleyball tumbling downstairs on its own accord; and in the other, the 'daughter' (it isn't really her) seduces the producer in bed, but turns into mud which covers his entire body and he has to wash it off. I'd link the Wikipedia or IMDb page, but they both contain nudity (of an actress who was under 18), so here's an image of the guy covered in mud instead (from Alamy, editorial use permitted): 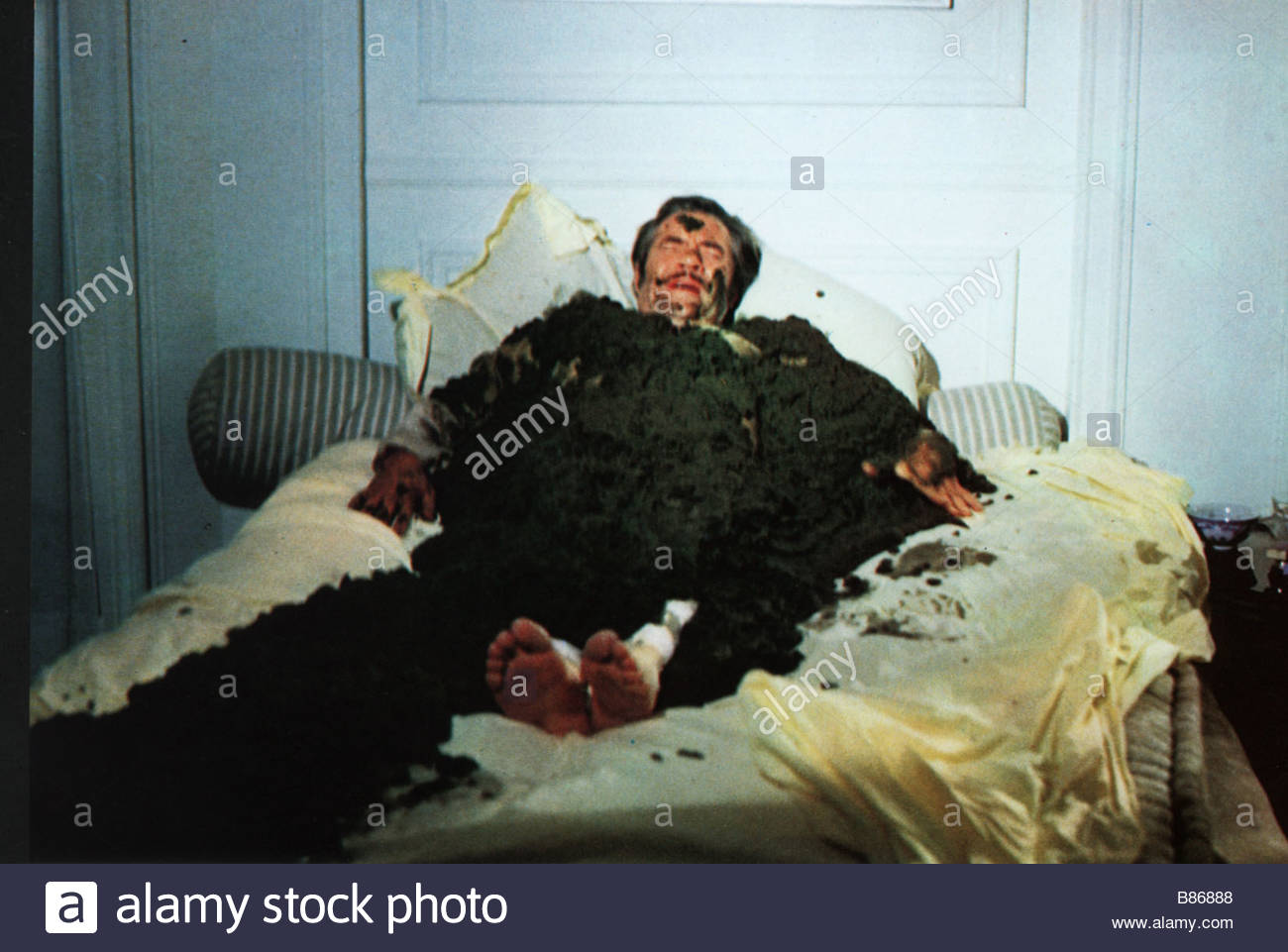 Not the answer you're looking for? Browse other questions tagged story-identification movie tv horror or ask your own question.

6
Young Adult novel, late 80s: gothic horror, deserted mansion, candle flame turns blue
8
Looking for title of 1990s movie from memories of scenes
7
A weird possibly Italian horror film I only got to see the end of it
5
Film about an Irish writer who may be haunted by his wife's ghost
13
Horror movie about a demon (or telekinetic ?) boy who kills his family members
7
Short story where a man accidentally swaps half of his body with someone else in the future
25
Tv drama, nuclear bunker 1960s