Is this an instance of Priori Incantatem?

During the climax of Fantastic Beasts and Where to Find Them, Tina briefly duels with Graves and their wands appear to lock with each other (see picture). I believe this also happens some other times in the later Harry Potter films other than Harry and Voldemort's duel in the graveyard during Goblet of Fire. 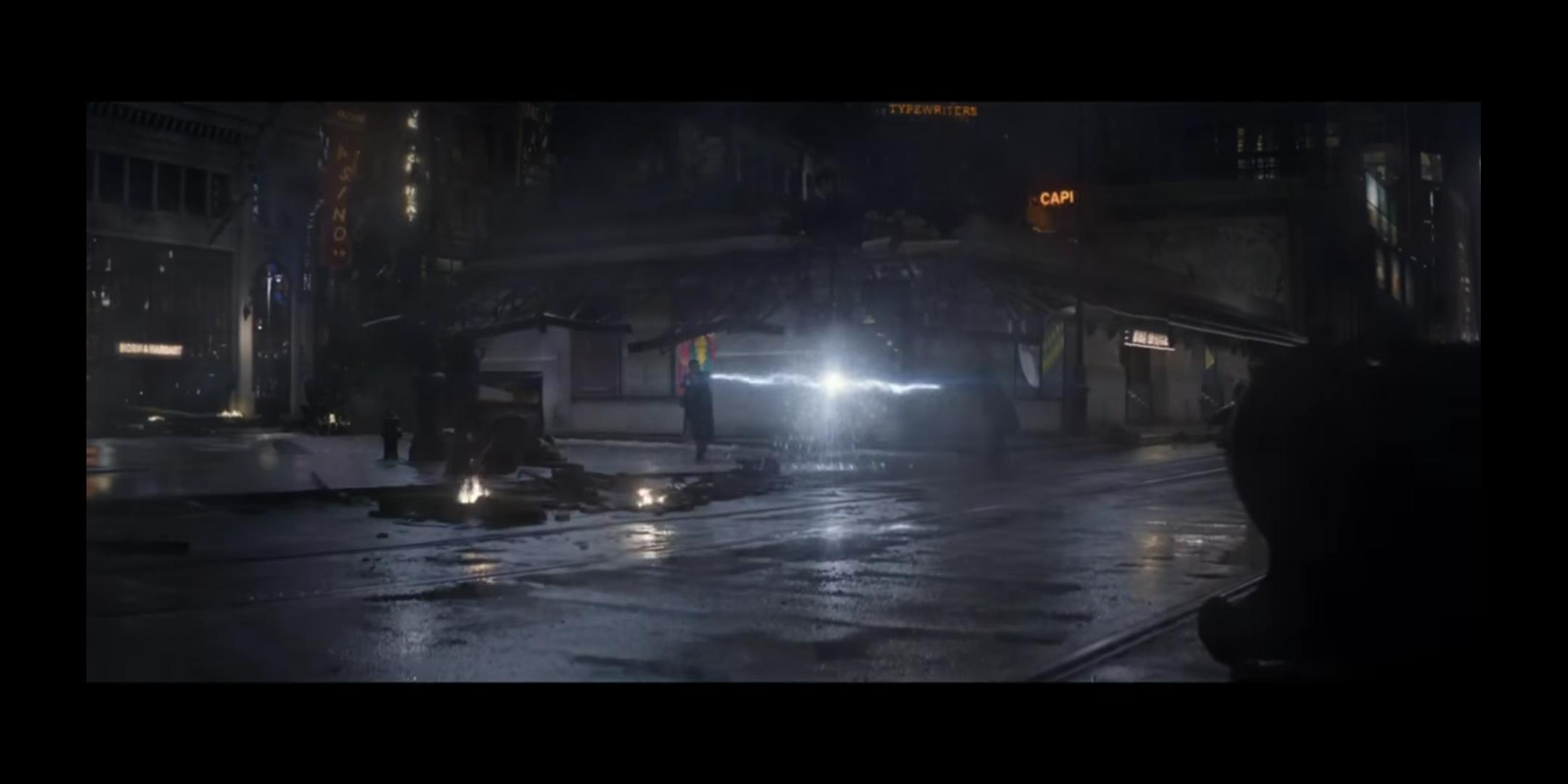 We know that this is definitely a case of Priori Incantatem for the graveyard duel in Goblet of Fire, as the wands are locked for a sufficient amount of time for past spells to begin showing themselves (significantly, showing the people Voldemort had murdered), but is this the case for the other instances of wands locking? If so, does that mean there are a lot more wands out there with shared cores, as it was my understanding this could only happen if that criteria was satisfied?

It’s not said to be Priori Incantatem.

In the official screenplay, when Tina duels Graves, it’s never described as causing an instance of Priori Incantatem.

Graves is moving nearer and nearer to the Obscurus, which continues to scream and wail at his presence. He takes out his wand, poised . . .

Tina runs into view behind Graves. She fires at him, but he turns just in time, his reactions marvelous, astounding.

GRAVES
Tina. You’re always turning up where you are least wanted.

Graves summons an abandoned car, which whooshes through the air, forcing Tina to dive out of the way, just in time.

By the time Tina has gathered herself up from the ground, Graves has Disapparated.”
- Fantastic Beasts and Where to Find Them (The Original Screenplay)

This likely means it’s not intended to be Priori Incantatem, since if it was, that’d likely be mentioned specifically in the official screenplay.

It seems the filmmakers are using that particular effect to indicate spells colliding against each other in a duel, not wands locking together.

“More Killing Curses flew past Harry’s head from the two remaining Death Eaters’ wands; they were aiming for Hagrid. Harry responded with further Stunning Spells: red and green collided in mid-air in a shower of multi-coloured sparks and Harry thought wildly of fireworks, and the Muggles below who would have no idea what was happening –”
- Harry Potter and the Deathly Hallows, Chapter 4 (The Seven Potters)

A similar effect to what’s seen when Tina and Graves duel is used when Dumbledore and the Dark Lord duel, and Dumbledore has the Elder Wand, so his wand can’t possibly be the twin of the Dark Lord’s wand.

This is different than the effect used to show Priori Incantatem, which has a shimmery webbing surrounding the wizards whose wands’ twin cores are causing it to occur as well as their spells colliding, making it a distinctly different effect.

It’s likely that when Tina and Graves duel, it’s just their spells colliding, not their wands connecting in Priori Incantatem.

-1
Why did Dumbledore's wand connect with Voldemort's?