Book about a kid growing up in a colony on another planet with his father, meets a girl also in the colony and they explore together

Remember reading a book in elementary school in the 90's about a kid who was on a different planet with his father (a colonizer I think) and I think they must have had a school for the children and he meets a girl. They explore the planet together and that's about all I remember. I think maybe the father forbids the boy from exploring any more or maybe from seeing the girl? could be wrong...

It is set on the moon. Kepler Masterman found life difficult on his return from an exciting trip to Earth. Seeking excitement he took a forbidden trip to the Moon's surface, which nearly cost him his life. On returning to he found his girlfriend's father had disappeared. Danger everywhere and in the unknown region of "Earthdark" Ann and Kepler walk right into it.

The adventure has the effect of reconciling Kepler to his life on the Moon, which had seemed limited after his adventure back on Earth. Lunar parents have the option of sending their children back to Earth to complete their educations, and some even have the charming habit of "sending them down" at age five, so that they grow up as total strangers. Another has sent his son down at twelve, because that was the admission age for the father's old boarding school, and Kepler is upset when this happens to a close friend. However, his memories of "Conshelf 10" are still vivid, and he has been toying with the idea of asking his own father to exercise this right. But the discovery that there's adventure to be had where he is seems to cure him of this notion, and satisfy him that the Moon is where he belongs.

He is also reconciled with Ann. Previously, their relationship had been hitting a rocky patch, as she grows more and more impatient with his endless harping on about Earth, pointing out that he hasn't actually seen Earth, but just one highly privileged and not very representative corner of it. But their adventure draws them together again, and he concludes that while Conshelf 10 "will always be a very special memory", his future lies with the Moon colony, and at the end is anticipating eventual marriage with her.

"When Kepler Masterman returns home to Moon from an exciting trip to Earth, life seems unadventurous until he takes a forbidden trip out on to Moon's surface. The dangerous and sinister repercussions which follow threaten Kepler's life as he, and his girlfriend, Ann, walk straight into a trap." 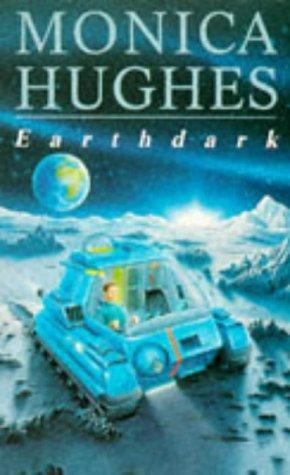 7
Scifi short story of a woman who meets her husband's parents, but the husband and his father turn out to be monsters
5
Book about a girl with magic and a boy a with curse
12
Looking for a novel with a ship crewed only by children, on a return trip in space to re-populate Earth when they return
5
Book about family with wings, and the protagonist has to learn how to fly(?)
4
90s/2000s anime/cartoon with a boy, a girl, and a robot looking for seven gems to prevent the planet from blowing up
6
Short story, child time travels when dreaming, finds another child who believes he was created by robots
4
Book about a girl with purple eyes whose father was a (prince?) alien from a different world