Who is the 'BFP' on Peter's suitcase?

The Spider-Man: Far from Home trailer is out.

One thing that I clearly noticed in the trailer was the initials on the suitcase Peter is carrying-"BFP". 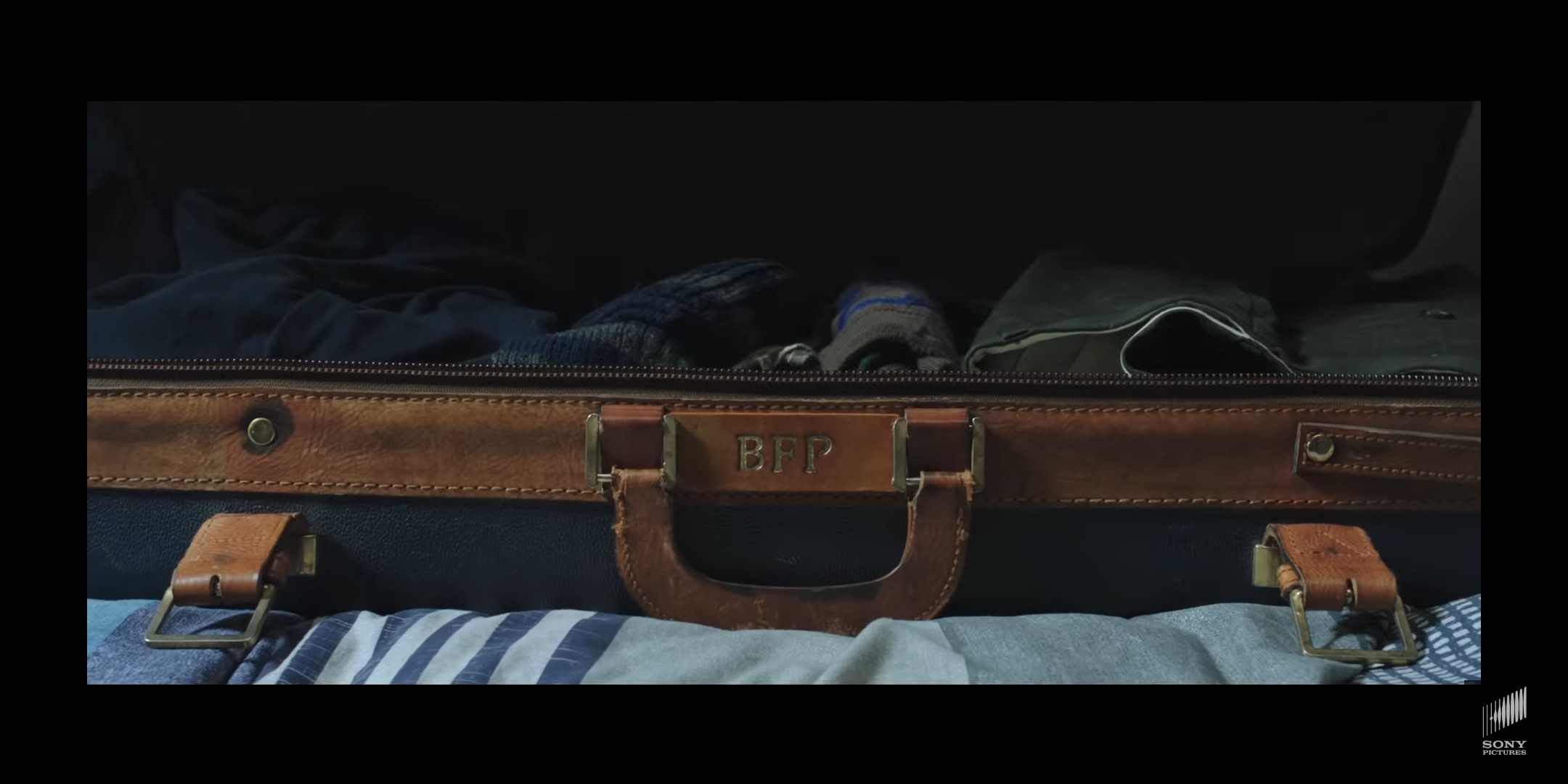 I guess it should be Uncle Ben, so that it spells out Ben F. Parker. But then I've checked Wikipedia and the Fandom wikia and none of them talk about his middle name. Both places spell out his full name as Benjamin Parker. Also he has not been even mentioned in any of the three movies Peter has appeared, so it also makes me wonder if he was even ever a part of this universe?

It has been confirmed by the screenwriters for Spider-Man: Homecoming that Uncle Ben does indeed exist in the MCU. There was even a subtle nod to it in the film and another not so subtle one was cut.

Where was Uncle Ben?

Some fans have wondered if the Homecoming version of Peter Parker ever had an Uncle Ben, the influential father figure we’ve seen die in both previous Spider-Man film franchises. Wonder no more: There definitely was an Uncle Ben. The line in Homecoming about Aunt May and “all that she’s gone through” is a subtle reference to her late husband.

Goldstein and Daley toyed with including a more overt Ben moment. “We did talk about there being a scene where [May] references him directly,” Daley says. “It was when [Peter] was getting ready for homecoming and the wardrobe she was giving Peter was all Uncle Ben’s clothes. It was a nice moment, but we also knew that it veered away from his arc. If you’re going to talk about someone’s death, you don’t want it to be a throwaway.”

The reference in the film to Uncle Ben is when Ned finds out Peter is Spider-Man and they have the following conversation:

Ned: I don't think I can keep this a secret. This is the greatest thing that’s ever happened to me, Peter!

Peter: Ned, May cannot know. I cannot do that to her right now. You know? I mean, everything that’s happened with her, I-- Please.

Whilst it could always be a reference to screenwriter John Francis Daley it seems more likely it stands for "Franklin". After all Uncle Ben is reported to have been modelled after Benjamin Franklin.

About 40-seconds into the latest trailer, a quick shot shows us the top of the suitcase Peter is using to pack for his trip to Europe. The old, worn suitcase includes the initials “BFP,” likely standing for “Benjamin Franklin Parker.” While Uncle Ben’s middle name isn’t official Marvel canon, he was reportedly modeled after the renowned American founding father Ben Franklin, making the middle initial a nice throwback to the character’s origins.

41
How much did Iron Man's suitcase weigh?
22
Why did Otto Octavius use tentacles mounted on himself instead of remote controlled robots?
11
Why does Spider-Man's suit have this feature in Homecoming?
5
Is Peter's aunt May Parker Italian?
9
Is Maw Peter's First Kill?
2
Who are these characters shown in “Spider-Man: Far From Home” trailer?
10
Why was Peter's “Peter Tingle” not working at the start of the events of “Far From Home”?
10
Why did Miles Morales get non-spider-like powers (bio-electrokinesis and invisibility) that are vastly different from the other spider people?