Did the Atreides family and staff know of Lady Jessica's role in the Bene Gesserit breeding program?

In Dune, the Bene Gesserit breeding scheme is, in theory, to have come to full fruition from the union of an Atreides daughter (planned to be born of the Bene Gesserit Lady Jessica and the Duke Leto Atreides) and Feyd-Rautha Harkonnen, nephew of the Baron Vladimir Harkonnen (himself secretly the natural father of the Lady Jessica). This plan is disrupted when Jessica chooses to conceive an Atreides son rather than the daughter she had been ordered to produce.

The Bene Gesserit are loyal only to themselves. To attain their goals and avoid outside interference, they often screen themselves with the illusion of being loyal to other groups or individuals. Their every move is calculated toward a result.

I would understand if Lady Jessica was secretive about her mission to produce a daughter given her training as a Bene Gesserit. Not telling her lover, Duke Leto I, that Reverend Mother Gaius Helen Mohiam wanted an Atreides daughter seems like a betrayal of her lover. 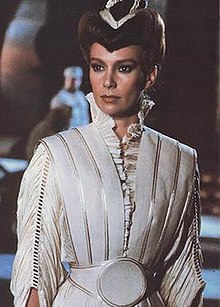 Did she know why the sisterhood expected her to produce a daughter?

And if she did know why, did anybody else in the Atreides household know?

What did Jessica know?

Jessica was aware of both the need and reason for her to bear a daughter as well as the Bene Gesserit long-term goal of producing the Kwisatz Haderach from the Atreides bloodline.

“So I had a son!” Jessica flared. And she knew she was being goaded into this anger deliberately.
“You were told to bear only daughters to the Atreides.”
“It meant so much to him,” Jessica pleaded.
“And you in your pride thought you could produce the Kwisatz Haderach!”

Jessica was kept unaware that she was the daughter of the Baron Harkonnen, presumably so that she wouldn't have to lie to the Duke about her heritage and to forestall any objections she might have to her daughter being wed to so close a relative as the Baron's nephew.

He said: “But my mother tells me many Bene Gesserit of the schools don’t know their ancestry.”
“The genetic lines are always in our records,” she said. “Your mother knows that either she’s of Bene Gesserit descent or her stock was acceptable in itself.”
“Then why couldn’t she know who her parents are?”
“Some do . . . Many don’t. We might, for example, have wanted to breed her to a close relative to set up a dominant in some genetic trait. We have many reasons.”

What did the Duke and the other noble houses know?

Given the depths of the Duke's antipathy toward the Harkonnen, it's unlikely that he was aware or would have approved of the most visible part of the short-term plan (to marry an Atreides daughter to the Harkonnen heir) although he was a supremely pragmatic man and could, probably have been talked into it.

“No.” She shrugged. “There’s good political reason–as long as my Duke remains unmarried some of the Great Houses can still hope for alliance. And . . . ” She sighed. “

He, and his fellow nobles, was obviously entirely unaware of the very long-term (and very very secret) BG plan to breed a superhuman capable of transcending time and ruling the galaxy.

Because the Bene Gesserit operated for centuries behind the blind of a semi-mystic school while carrying on their selective breeding program among humans, we tend to award them with more status than they appear to deserve. Analysis of their “trial of fact” on the Arrakis Affair betrays the school’s profound ignorance of its own role

63
How did Paul Atreides Differ From the Intended Kwisatz Haderach?
20
Was Jessica the only Bene Gesserit who majorly violated her orders?
17
Is Duncan Idaho in Frank Herbert's Dune series a Harkonnen?
15
Why is the Atreides family so small? And why did noone on Caladan avenge their deaths?
6
The Atreides/Harkonnen wedding
13
How could Reverend Mother Gaius Helen Mohiam be the ((great)grand)mother of people with other/genetic memories, but nobody remembers hers?
7
Dune: Appendix III Who/What controlled the higher dimensional plan?
8
Did Bene Gesserit have any contingency plan in case of Lady Jessica's death?
10
What was Irulan's role in the Kwisatz Haderach Breeding plan?
3
How did the Bene Gesserit reach Jessica and the Fremen unnoticed?