Harry Potter “Sirius' daughter” fanfiction where her mother is incapacitated in St. Mungo's

I'm looking for a Harry Potter "Sirius has a daughter" fanfiction that I read a few years ago on Quotev.

It was about a Sirius' daughter, and she was dating one of the Weasley twins. I cannot remember if she was sorted into Ravenclaw or Slytherin. Her mother, whilst still alive, is incapacitated in St. Mungo's (I think she might be crazy, or something similar.) However, she somehow gets out/escapes from St. Mungo's in the daughter's book.

There had also been another story linked to that one. It was about the girl's mother when she was at Hogwarts.

If it helps, I can vaguely remember the cover to the Marauders Era fic, and I can recall the face-claim of Sirius' daughter.

Marauders Era: I'm pretty sure the background was Slytherin green. It might've had an image of Hogwarts behind the figure of Phoebe Tonkin, who is in robes. Phoebe plays the mother when she's younger. The face-claim of Sirius' daughter is Danielle Campbell.

It might be A Legend Never Dies by authors Cecilia and Cisi's back-up.

It was not difficult for Fred Weasley to like her once he’d met the witty young Kayla. If only it’d been the gap in age, a blossoming challenge was expected to be found in the similarity of two mischievously minds.

But how far will even a brave Gryffindor go when a shimmer is thrown between the thread of innocent mischief and the path of her twisted legacy? Beyond what measures can they reach, when in the end, both Kayla and Fred will face the definite consequences of the legend itself?

One of the pictures is Slytherin green, depicting Hogwarts, and Danielle Campbell. The original photo, with her name (which is how I checked it was her), can be found here. 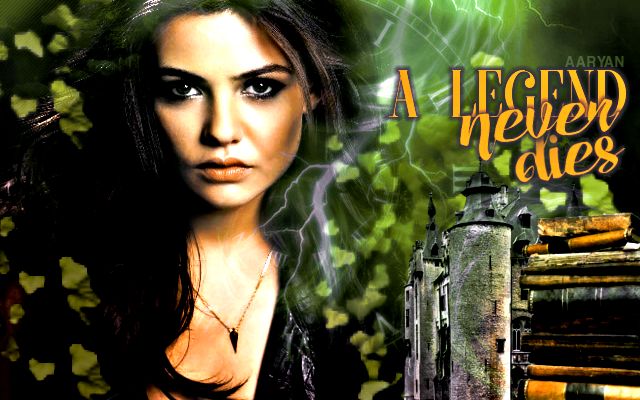 It was about a Sirius' daughter, and she was dating one of the Weasley twins. I cannot remember if she was sorted into Ravenclaw or Slytherin.

The main character, Kayla Martens, dates Fred Weasley and was sorted into Slytherin. Her lineage is blurry at first but it's progressively revealed that Sirius Black dated her mom back in their youth, and eventually that she is his daughter.

Her mother, whilst still alive, is incapacitated in St. Mungo's (I think she might be crazy, or something similar.)

Her mother Lauren Martens was supposedly missing for fourteen years, and Sirius searched for her, to no avail. However upon visiting St Mungo's with Lupin, Kayla encounters an amnesiac witch who she recognizes as her mother.

A kind and motherly looking witch groped feverishly in the pockets of her mint-green robes before she began hurrying to what Kayla had thought for one minuscule fraction of second was a mirror. A sly smirk so similar to her own slid onto a woman’s face while watching the burst of pink confetti covering the ward, twirling a short dark wand between her fingers.

“Lauren dear, please give me my wand back!” said the Healer before throwing the others a look of apology. “I’m so sorry, it’s all just a diversion, but before we know it we have to deal with another break-out attempt.” [...]

From what had literally slipped away from his fingers all these years ago as she had still carried her baby, to the young girl now standing at his shoulder, Remus Lupin could not yet process the realization of the eclipse what had suffocated Lauren Martens’ existence for fourteen years.

However, she somehow gets out/escapes from St. Mungo's in the daughter's book.

Lupin and co. get her out in the following chapter ("It's all coming back"), she reunites with Sirius and regains her memories.

It's revealed in chapter 64 ("Feared and 'onoured") that Lauren was hidden by Dumbledore to protect her after Bellatrix thought she had killed her for good. Kayla's "blurry lineage" is due to Dumbledore Confunding the witnesses, so nobody could really tell what happened.

There had also been another story linked to that one. It was about the girl's mother when she was at Hogwarts.

The story has a Marauders Era prequel, Legendary Prey, by the same authors. Also has a picture of Hogwarts and a girl, but I can't confirm this is Phoebe Tonkin: 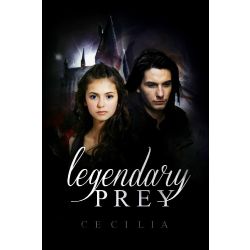 Found with the Google query black weasley "my mother" "st mungo" site:quotev.com/story. The text preview of chapter 64 seemed like a potential match ("But this is still no answer to why my mother was in St Mungo's all these years").

Not the answer you're looking for? Browse other questions tagged story-identification harry-potter fan-fiction or ask your own question.