What is the purpose of the extraction chamber?

During the Diamond Days arc, we see Blue and Yellow Diamond in their "extraction chambers", where they seem to bathe.

What is the purpose of these chambers? As Gems, the Diamonds don't need to stay clean, and Yellow at least doesn't strike me as the type to take a bath for fun. Are they removing impurities, for instance?

The purpose of the extraction chambers is to collect "Diamond essence", which is needed to create new gems.

This got explicitly answered from show creator Rebecca Sugar during the January 21 Reddit AMA (Ask Me Anything), when she, together with show writers and storyboarders Lamar Abrams and Miki Brewster, answered question from fans:

Q: What is the purpose of blue and yellow diamonds "sweat" being collected in each scene in the episode familiar?
A: To create more Gems. This is an important part of the substance injected into kindergartens - please see "How Gems are Made" -RS
(source: reddit post)

The chambers were introduced in the episode "Familiar" (S05E26), aired 4 weeks before the AMA, which already strongly hinted at this important function. 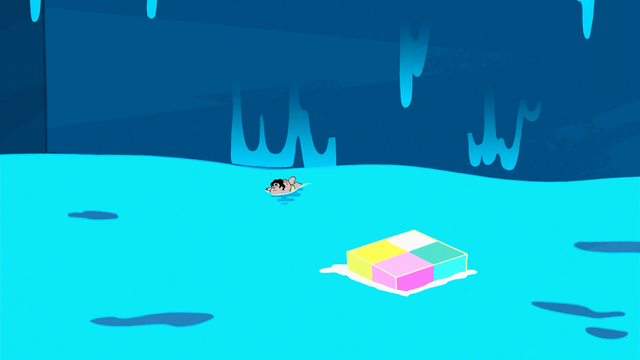 The pool chamber is probably the one and only Era 1 extraction chamber. It bears the older insignia of the Diamond Authority and originally all four Diamonds bathed in it, but during Era 2 only Blue used it:

[Blue Diamond]: We had such fun together -- You and I and Yellow and White.
...
[BD]: We stopped coming here together after you left. That was the start of Era 2. No one wanted to be here -- not with your empty spot. It was so quiet.
(source: S05E26 Familiar, wikia transcript)

In the wide shots of the location many pipes can be seen, possibly taking the precious fluid wherever it is stored or used. 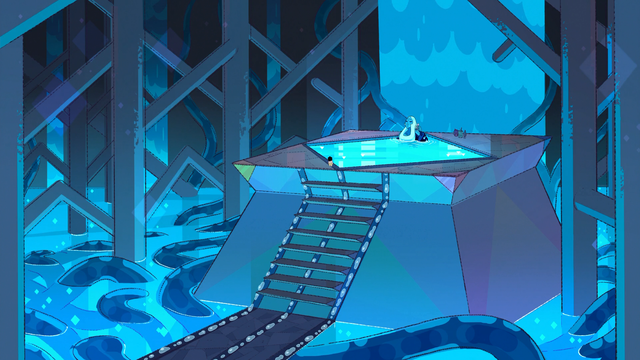 Yellow Diamond's sauna is more recent, dating back to Era 2: it shows the newer Diamond Authority insignia and is probably used only by Yellow. 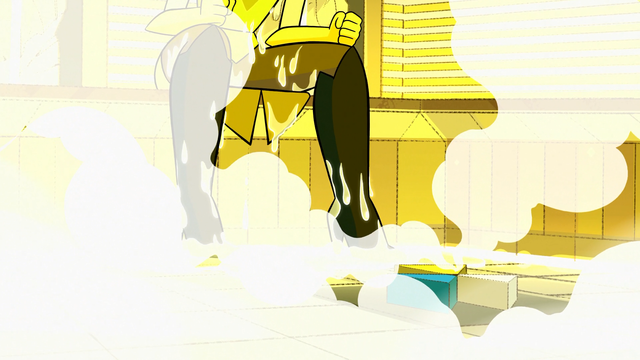 Toward the end of the episode Steven himself, after discovering Pink Diamond's secret laboratory, creates a new pebble with a droplet of his sweat. 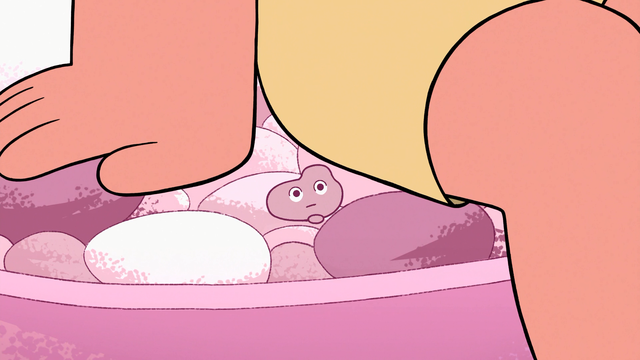 With this knowledge, Rose's fountain on Earth (shown in the episode "An Indirect Kiss" S01E24) is revealed to be very similar to an extraction chamber, but aimed at repairing cracked gems instead of creating new ones.

The season finale "Change Your Mind" (S05E29) shows that Steven and the Diamonds, bathing together in the fountain, are finally able to cure the corrupted gems, a feat that Rose alone could not manage, and neither Steven with Yellow and Blue.

12
Have we seen any hints to the existence of snake people (sneople) within the government in Steven Universe?
12
Why did the Watermelon Stevens continue to exist?
4
Do each of the Rubies have a dominant personality trait?
3
Does Steven ever use the TV after being grounded?
2
Why did Fauxnnie try to get Steven to tell the truth?
2
Why does Pink's gem look different from the mural?
3
Is Rose Quartz the only known Gem to shift her color?
1
In Steven Universe, what happened to Blue's human zoo after Season 4 and the Movie?
1
What is the meaning of this picture?