What happens to Odo when he is hit by a phaser?

At the end of Deep Space Nine, Season 2, Episode 23 - Crossover (which takes place in the Mirror Universe) Prime Universe Dr. Bashir is fleeing from Mirror Universe Odo and Bashir shoots him with a Bajoran phaser.

My question is, what happens to Odo when he is hit by a phaser? Did he actually die (the others seem to think so ...) should he really have exploded into jello?

One thinks of later episodes where phaser sweeps are used to find Changelings (however, on stun.)

The scene in question ... 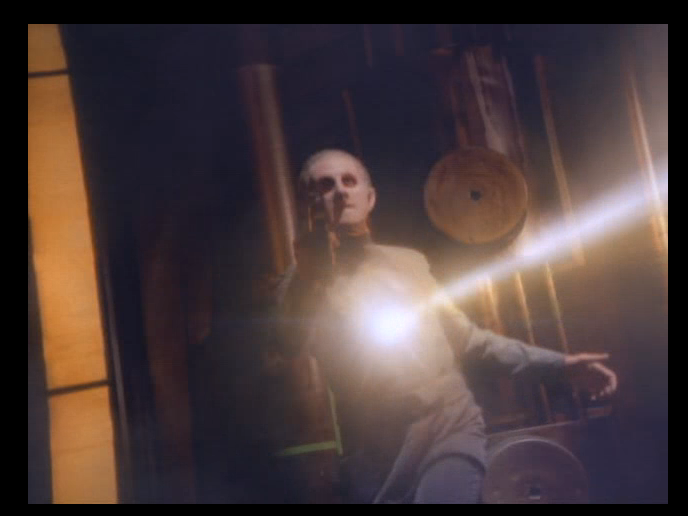 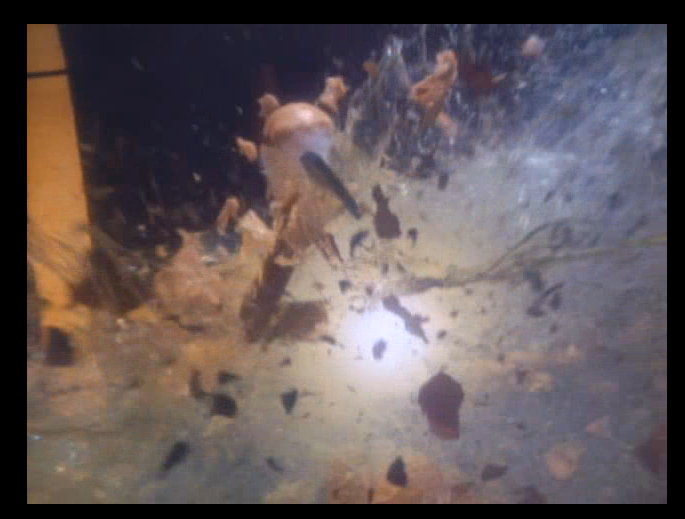 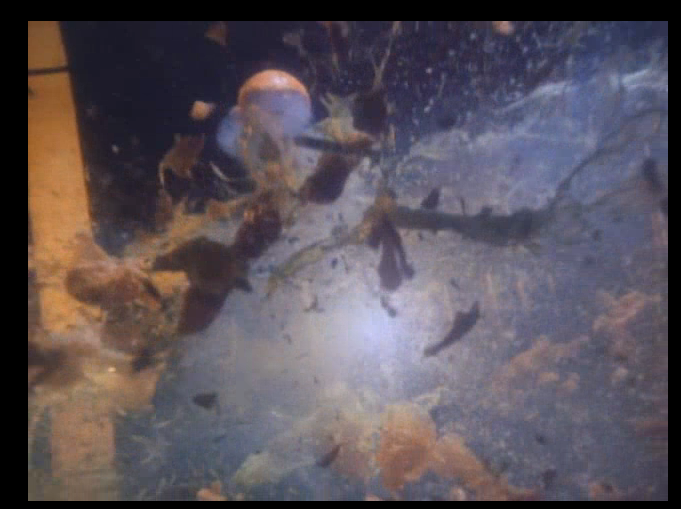 Considering how a phaser works (it fires "nadion particles"), the weapon most likely has an effect on what it hits quite different from the effects of a bullet or other non-energy weapon. Whatever "nadion particles" do when they hit matter that isn't a gas, they obviously would do it to shapehifters too. We see solids die when hit by a phaser beam, but we don't usually see them lose a specific limb or whatever is hit. The effect is apparently common to the entire body hit.

So clearly Odo died when hit by a phaser set to kill. There is no reason to assume that he didn't. (It was also confirmed by a Klingon on the station.)

Mirror Universe Odo is speculated to have indeed died during the uprising, killed by our Julian Bashir using a Bajoran phaser. He appears to be shattered by the phaser. At least one Klingon confirms Odo's death.

Such a shattering would not normally have been thought to harm a changeling since our universe's Odo was able to recover from being dropped and shattered. (DS9: Vortex) To be fair, our Odo was merely dropped. He was not shot with a phaser.

We must assume there was something different about the Mirror Universe Odo, or perhaps the difference was in the phaser being used. A Bajoran phaser would have likely had a stronger kill setting since it would be used against armored Cardassians and/or possibly Klingons.

The Mirror Odo might have simply been caught unaware during the thorium leak and riot and unable to compensate for the charge of the weapon. Even though the Changeling physiology is more flexible and resilient than a human's it make sense he would need some time to prepare to be able to redirect the energy of the phaser reducing the damage to himself.

I think he just exploded due to the sudden temperature/pressure change (a bit like popcorn), but he didn't die. Although I don't have a quote for this ready, I assume changelings don't possess anything like organs (they just fake them, like eyes), considering how different they might appear. So even if some part of him was destroyed by the phaser, it could be just like losing an arm or a leg, it just doesn't matter where that body part has been, as all "cells" (if you're able to call them like that) might take any position.

Also, if you consider some warp-capable species treating them as gods, I don't think they'd do so, if a single phaser could take them out (someone would have tried it at some point in time i assume).

Edot: Also another idea: If changelings are able to fake things like fire, they probably could fake explosions as well. Given their "liquid" nature, I wouldn't expect them to die just due to parts of their body being separated for a while (otherwise something like the Great Link would be odd to me as well).

Mirror Universe Odo carried a phaser because he was a sadistic mofo who put no value on the lives of terran slaves. Now that that's out of the way, the changelings were physiologically speaking kind of like an organic version of the T-1,000 from Terminator 2; bullets or blades might pass through them harmlessly but energy weapons like a phaser are a different matter (to quote precedent, 'female' changeling told Odo in the past 'solid' lifeforms killed some changelings out of fear; also the one impersonating General Martok died under a hail of disruptor fire shortly after being exposed). Assuming changelings are affected by stun settings (not all aliens are), one could logiacally expect it to force them into their 'true' form but render them incapable of taking action.

Phaser works by stopping the electron spin in atoms, therefore, matter disintegrates by the loss of atomic bonds. This is the same as disruptors, which are similar to phasers, but more crude and uncontrolled. In "Chimera" the other changeling claimed the Klingon was going for his disruptor, hence it was self defense. In "The Ship", the changeling on board of the Jem Haddar ship eventually dies because of injuries when the ship lost its dampening fields. In "The Search" they were using phaser sweeps to disrupt the changeling's abilities to keep shape.

Not the answer you're looking for? Browse other questions tagged star-trek star-trek-ds9 mirror-universe phaser or ask your own question.

9
How could the Female Changeling survive direct phaser blasts many times?
3
Can changelings be knocked out?

25
What happens to people when they are hit by a phaser beam?
12
Why aren't phaser rifles used more often?
12
How to aim with a phaser?
3
Why didn't the mirror universe Major Kira and Doctor Bashir crossover at the same time?
4
Phaser Controls
6
What was the phaser setting when Sisko took the wall down to find the Bajoran hidden city of B'hala?
6
Would a Phaser Overheat?
7
Why is overloading a hand phaser so dangerous?
9
How could the Female Changeling survive direct phaser blasts many times?
11
Why didn't Star Trek TNG explore the mirror universe?