90s cartoon about guardians against nightmares

In the 1990s, I saw an animated show about some guardians of dreams that protect children’s dreams against nightmares. I dont remeber much, only that they travel in pillow-like space ship and there was a rule that the kid can’t wake up because they die or something. Does anybody know this show?

Maybe it is Captain Zed and the Zee Zone. 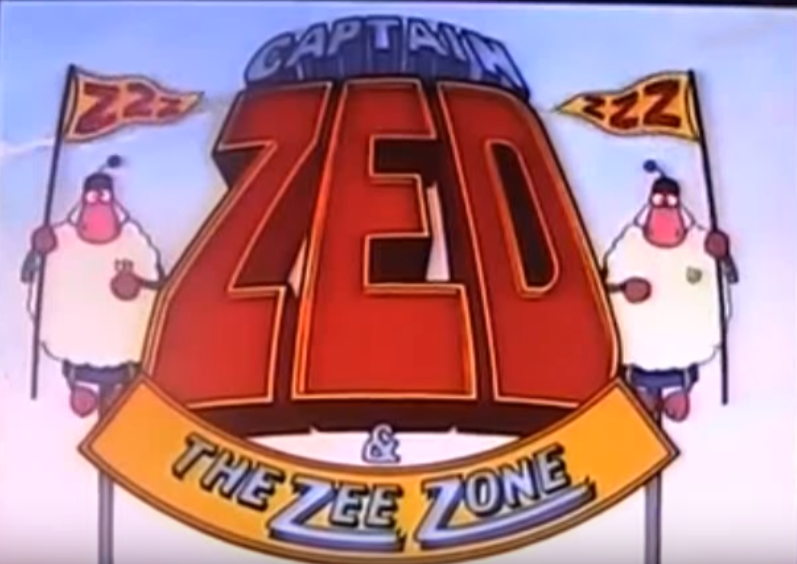 Captain Zed and the Zee Zone is a short-lived CITV television series, airing in the United Kingdom. When children go to sleep it is Captain Zed's and his Partner PJ job to prevent children from having nightmares in the dreamzone. The 26-episode series was animated by the Collingwood O'Hare studio and co-produced by DIC Animation City & Scottish Television (now STV Central) in association with HIT Communications PLC.

Captain Zed flew around in a pillowshaped spaceship.

His main enemies were the shape-shifting creatures Mutter and Snort that wanted to cause nightmares for everyone. 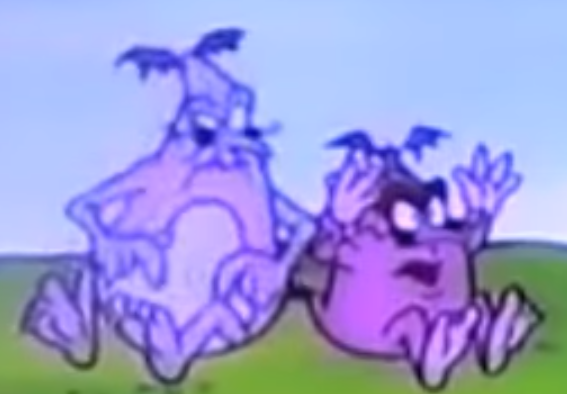 I do not remember if the children were unable to wake up, though it is possible that they where stuck in the dreamworld until the nightmares was gone. Getting killed in the dream was generally considered a bad thing, and something the nightmares did their best to do to Captain Zed and his crew. Still no one tried to wake up as an option to get back to safety but preferred to deal with the situation from the inside.

The show was ment for younger kids and only lasted one season.

Could this be The Dreamstone?

The Dreamstone is set in an alternative world called 'The Land of Dreams,' and concerns itself principally with the struggle between good (personified by The Dream Maker, a Merlin-esque white magician), and evil (personified by Zordrak, Lord of Nightmares).

The Land of Dreams is populated by Noops (the humanoids of the land, who live and work like humans in a town called 'Noopville') and Wuts (the defenders of the land, who fly around on leaves and ward off Zordrak's evil forces with staffs that have orbs of light attached to them, through which they communicate).

I found it by searching for 90s cartoon dreams nightmares

Slightly less likely would be Midnight Patrol: Adventures in the Dream Zone.

The series tells of four children and Potsworth the dog who live in the same neighborhood. When they go to sleep at night they turn up in the Dream Zone where, as the Midnight Patrol, they are appointed by the Grand Dozer to protect it from nightmares and other threats and are given their missions by the Snooze Patrol. Their main enemy is the Nightmare Prince.

Whilst they are in the Dream Zone, the five have special powers. Keiko has a flying skateboard; Carter can draw anything and then have it come to life; Nick is super-strong and is able to fly; his stuffed toy Murphy comes to life; whilst his cynical sister Rosie tags along. Potsworth himself acquires the power of speech which enables him to complain about the way he is treated in the real world, and make wry comments about the kids and their own attitudes and relationships. The cartoon Potsworth had a very "English" accent, even in the American version of the programmes, reflecting his real-life counterpart's British origins.

I haven't found any reference to the kids dying if they woke up, but if the Grand Dozer fully wakes, the Dream Zone ends.

Not the answer you're looking for? Browse other questions tagged story-identification cartoon dreams animated-series or ask your own question.

31
What is this Disney scifi movie from the late 80s/early 90s?
19
What is this story about 20 y.o. inexperienced “kids” fighting against a stronger foe in space?
12
What movie features an abandoned spaceship with English and alien writing on it?
5
What cartoon has a motorbike assembled from a cube and a civilization living in space?
9
Cartoon series about a boy having nightmares
5
Movie about space rangers fighting giant yellow bugs
11
Help finding a sci-fi book with a small space ship