I recall reading a book or series of novels published in the 70s or 80s about an embattled group of humans who were struggling with monstrous creatures who only appeared at night and the days are getting shorter.

I'm thinking this was in the fantasy genre as I recall a map at the beginning of the book. In some ways similar to the "Riddick/Pitch Black" film series. Very atmospheric, but not sci-fi, and definitely without Vin Diesel.

It's possible that this is Barbara Hambly's The Time of the Dark, the first of her 'Darwath' books. It's fantasy, with real-world characters being brought over to the fantasy world. There's a Gandalf-like wizard named Ingold. I believe that the evil 'Dark' creatures attack at night, the humans are besieged by them in a cave fortress. I think the world is entering an ice age, which may be related to your memories of shortening days. 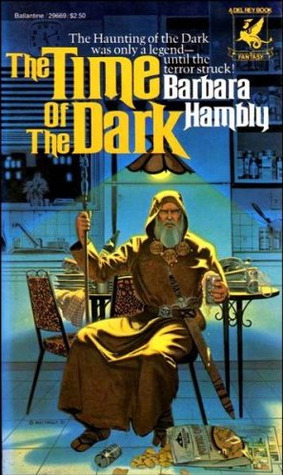 The description Wikipedia gives is:

Rasalom returns in reincarnated form to transform the Earth into unrelenting hell. Rasalom is shortening the daylight hours and letting loose a plague of ever-more-fearsome flesh-eating monsters that prey on the world's populace during the ever-lengthening nights.

This was published in 1992 so it's a bit later than you recall, but the description matches.

8
What book has a man in a world on the brink of an ice age with a wizard mentor?

4
Books about a neighborhood bar with SF/F references
8
Dystopian England-like Land, Monsters come out at night
8
Teen novel about a boy challenging Death, including a bowling match
8
Short story similar to Under the Dome
8
Book about girl who finds eggs of mechanical spiders/scorpions?
8
Fantasy book series about persecuted people with elemental magic powers
6
Looking for a book with car crash & temple cats