Novel where mathematics are magic

This is an English novel that I read in the early 90s. I do not recall many specifics. The main premise is that mathematics or mathematical formulas are used for magic-like abilities. I think that, in the opening scene, the protagonist or antagonist was at a cemetery looking at or searching for a particular grave or tombstone. I seem to recall that there was a group that he used to be a part of that was hunting him or vice versa. I believe it was a modern setting, but there may have been the ability to travel to different times as well as locations.

This sounds a lot like Necroscope, by Brian Lumley, published in 1986.

The protagonist, Harry Keogh can speak to the dead, and learn from them, including learning formulae from Mobius himself, and using it to travel throughout the world and other dimensions (and time, but lets not go there):

Harry Keogh (born Harry Snaith) is born with the ability to speak to the dead. As he grows up and his power manifests itself, he befriends the dead. From them he learns that death is not the end, that although the body dies – the mind goes on, and the dead continue to improve and expand in death what they loved in life. From him, the once silent Great Majority learns to communicate amongst themselves, and love him for it. In turn, they offer him their knowledge: while at school, a deceased math teacher helps him with his developing mathematics talent and an ex-army sergeant teacher imparts self-defense skills.

As the years go by, he has recurring dreams about his mother, dead after an apparent ice-skating accident but in reality murdered by her husband and Harry's stepfather Victor Shukshin. Shukshin is a psychic sensitive, a defector sleeper agent planted in England by the Soviet E-Branch. In his self-appointed mission to avenge his mother's death, Harry is dragged into a web of espionage involving British and Soviet ESP agencies.

This leads to Harry learning to use the Möbius Continuum (from its discoverer August Ferdinand Möbius himself, at his grave in Leipzig, Germany), which allows him to instantaneously transport himself anywhere in the multi-dimensional universe.

In case the OP is misremembering, I'll also mention the Laundry Files series by Charles Stross, which is now up to 7 books. Again, magic is a branch of maths, with all sorts of consequences. (Computer Science as a WMD, for example.)

The opening scene isn't as you remember though (the opening of the first book is the protagonist doing a training run at breaking into an office), and Stross started the series in the 2000s. Still, it's worth mentioning just in case.

Abacabax by Mike Naylor has a pretty impressive and original magic system where people do mathematics to do magic. There's four families in a class system, each with a different method of calculating. The whole world is built on a fractal, and the system of magic is believable.

What's extra cool is in the appendix is instructions to use all of these systems, so you can do magic yourself. 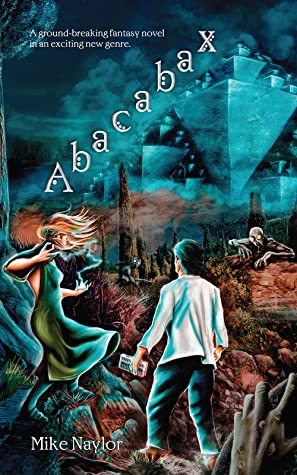 22
Demons are summoned by doing math
6
Time travel to the Middle Ages using math formulas; defeats knights with modern fencing skills
3
Story where mathematics is used like magic to travel between universes

16
fantasy book/trilogy where magic-using character has swarm of bees as a familiar
18
Movie where Earth is conquered and humanity are cavemen slaves
7
Novel, group transported to a fantasy world, wild/chaos magic
7
movie where people rented empty bodies to travel
11
Story (novel) about immortal people who can turn into dragons
6
Fantasy novel: dueling sorcerers and a damsel in distress
11
A novel with a dream world and possibly time travel
16
Identifying a novel about floating islands, dragons, airships and a mysterious machine