In The Two Towers film, how did Faramir's group cross over to West Osgiliath?

In the film The Lord of the Rings: The Two Towers, Faramir and his group of Rangers (with the captive Frodo, Sam and Gollum in tow) witness smoke rising from Osgiliath, which is under attack by Sauron's army. They are clearly on the eastern bank of the Anduin River since Minas Tirith (located west of Osgiliath) is visible on the horizon.

However, the subsequent scene shows the group on the western bank (in the western half of Osgiliath), desperately fending off arrows and catapult missiles from the Orcs who, according to Faramir's subordinate,

have taken the eastern shore. Their numbers are too many.

The tone of the conversation suggests that the group did not physically battle the enemy troops during their crossing of the River.

In a later scene (Extended Edition) Faramir shows the Hobbits (for the first time) the old sewers running under the river, with which to return to the east bank en route to Mordor.

In view of the above, how did the group initially cross the Anduin into West Osgiliath without using the sewers AND without battling an overwhelmingly large enemy force on the eastern bank?

Faramir first meets Frodo and Sam in Ithilien. That's east of the Anduin. Then the film (not the book) has him drag both hobbits to Osgiliath. Coming from the east, they'd find themselves on the eastern shore. In order for them to cross to the western shore, the film is then forced to add the sewers (also non-existent in the book). See map: 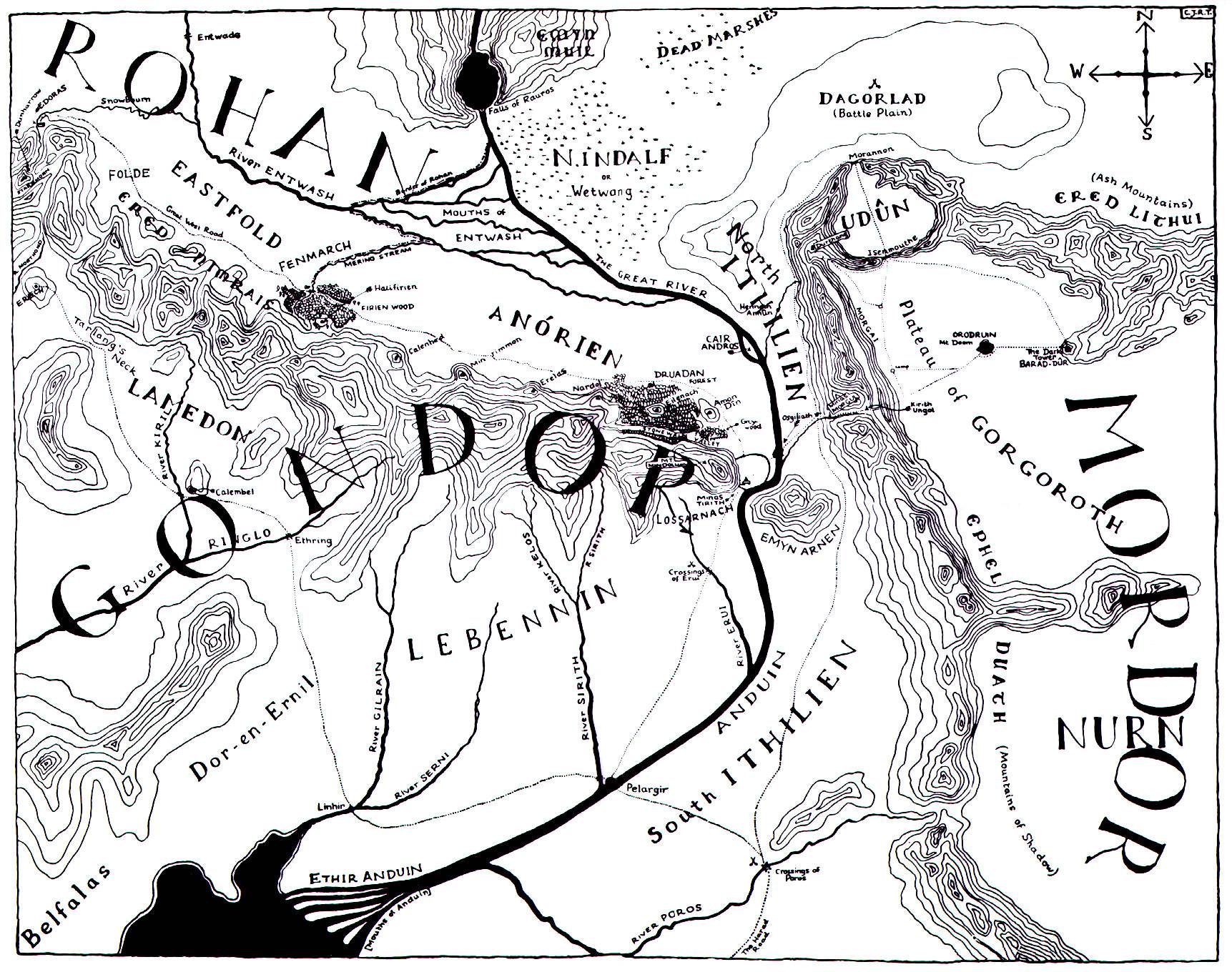 How did the rangers usually cross into Ithinlien? That is, how did they find themselves on the eastern shore in the first place? We have some quotes on that:

From such men the Lord Denethor chose his forayers, who crossed the Anduin secretly (how or where they would not say) to harry the Orcs and other enemies that roamed between the Ephel Dúath and the River. (J.R.R. Tolkien, The Lord of the Rings, book 4, chapter 4 - Of Herbs and Stewed Rabbit)

When first we meet the rangers, we learn too that they make the crossing from Minas Tirith routinely, but Mablung and Damrod would not disclose where (this being military secret, it makes sense).

We know that later Faramir crosses at Cair Andros, and it is implied that there is no nearer crossing:

I could not come more swiftly. Yestereve I lay at Cair Andros, the long isle in the River northward which we hold in defence; and horses are kept on the hither bank. As the dark drew on I knew that haste was needed, so I rose thence with three others that could also be horsed. The rest of my company I sent south to strengthen the garrison at the fords of Osgiliath. (ibid, book 5, chapter 4 - The Siege of Gondor)

From Faramir's description, it would appear that the normal way for the rangers to cross the Anduin into Ithilien and back was by boat, by way of Cair Andros.