There was this anime with like a ship in the sky, all I remember from it is a group of people like a class chasing after this one guy or all running fighting eachother with different abilities (maybe not exactly powers). I remember there being a woman singing a childhood song to a little girl next to a grave or to a robot girl on a bench, it had a second season supposedly and used to be on hulu.

It’s very hard to describe as I remember very little but I believe there was a school on that ship like just a mini thing where some of the group members of the main cast would be in a class and I remember a point where they had something break out of a container so a couple could see it and or fight it. Right now all I got to go on is it was like a white haired central character. I think the cover of the anime had the group in it or a far away ship. I cant tell if it was an aircraft or an actual ship.

They were all jumping over like one story buildings in their little tag kinda game thing, and it was a more modern drawing style. I think the main character reminds me of the guy from KK anime.

In the far future, humans abandon a devastated Earth and travel to outer space. However, due to an unknown phenomenon that prevents them from traveling into space, humanity returns to Earth only to find it inhospitable except for Japan. To accommodate the entire human population, pocket dimensions are created around Japan to house the returned populace. In order to find a way to return to outer space, the humans begin reenacting human history according to the Holy Book Testament. But in the year 1413 of the Testament Era, the nations of the pocket dimensions invade and conquer Japan, dividing the territory into feudal fiefdoms and forcing the original inhabitants of Japan to leave. It is now the year 1648 of the Testament Era, and the refugees of Japan now live in the city ship, Musashi, which constantly travels around Japan while being watched by the Testament Union, the authority that runs the re-enactment of history. However, rumors of an apocalypse and war begin to spread when the Testament stops revealing what happened after 1648. Taking advantage of this situation, Tori Aoi, head of Musashi Ariadust Academy's Supreme Federation and President of the student council, uses this opportunity to lead his classmates and try to regain their homeland.

Image of the 2 main characters and the flying ship Musashi: 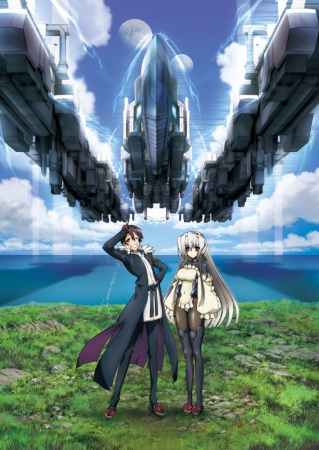 The main cover of the first season: 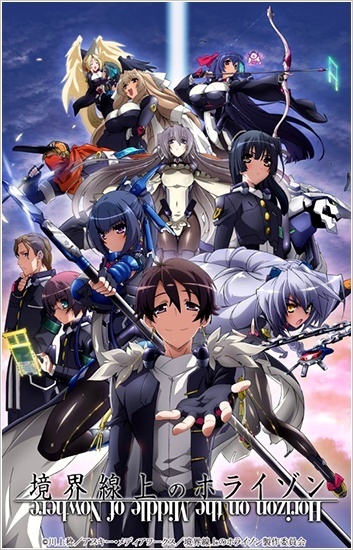 It is 1919. A teenage girl arrives on the sailing ship Norn9, where teenagers with special abilities gather.

6
Anime/cartoon about various gems giving powers to their holder
4
Anime where the characters catch food in a river on a ship
2
Anime about a boy fighting robots in space
3
Anime about kids with powers saving the environment
28
Gory anime with pink haired girl escaping an asylum
2
I'm looking for an old anime transported featuring stones with power and people who can summon beings to fight with
5
Anime with fighting and magic weapons?
8
80s 90s psychic powers anime movie