Who is the mother of the son of Godzilla from the 1967 movie of the same name? 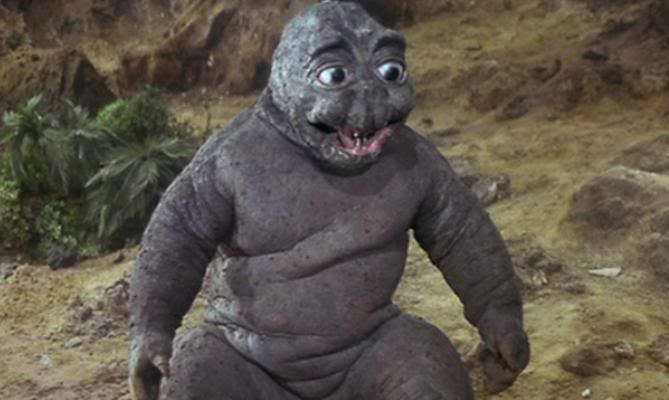 So, Godzilla’s son is “born” after hatching from an egg a trio of giant praying mantises dig up on Sollgel Island. Godzilla takes on the role of father to this kid, but it’s not clear who the mother of this bundle of joy is or how the egg ended up on the island to begin with.

Is there any canonical reference in the Godzilla universe that clearly states who the mother of Minya/Minilla is?

FWIW, the film Son of Godzilla was never officially released in theaters in outside of Japan until streaming services started to carry the original Japanese film with translated subtitles.

There are several, conflicting, stories about Minilla’s background; and, I don't think there is a definitive consensus on where he actually came from.

Some stories contradict one another, or are at least ambiguous. Others were created as the franchise developed and expanded. That, and there's much apocrypha, too!

Even his name is somewhat problematic.

This is not at all comprehensive, BTW. On top of this, there are variations of his name due to multiple versions across different media, over a long timeline, including language changes based upon translations (by many people) of dubbing and sub-titles!?!

Including a time when he shows up for no apparent reason: Godzilla: Final Wars (2004).

What is generally accepted is that he—and it is a 'he' (Ryffe, 1998, p. 141)—is a godzillasaurus. Minilla as seen in Son of Godzilla (1967), as noted in the question above, was born prematurely due to the Kamacuras attack.

In Son of Godzilla he is adopted and trained by Godzilla. However, there is no indication that he is related directly (biologically) to Godzilla… only that he is adopted.

In, for example, Go! Greenman (1973 TV series), he is a blood-thirsty creation of Tonchiki, a servant of Maoh.

As the franchise developed and expanded across media (film, TV, etc.) two versions appear: the goofy version we know and love/hate and a darker version as seen in the Go! Greenman TV series.

In this way, then, although there is a somewhat coherent idea for Minilla, there is no clear or definitive origin story.

Not the answer you're looking for? Browse other questions tagged plot-device godzilla or ask your own question.

2
Why is Godzilla hunting after the MUTOs?
1
Which Godzilla movie had him survive getting hit by a meteorite?
1
In the movie Twelve Monkeys (1995), why couldn't James Cole change the past and still be the one who “gave the idea” of the disease to the antagonist?
1
Why is she looking at her hands in the end in movie Morgan?
1
What's the name of this Godzilla movie?
7
Is the monster Godzilla based on an old myth/legend?
5
What prevents the tardigrade from escaping?
5
Do I need to watch any Godzilla movie before 2016 Shin Godzilla?