I have been trying to find the title of this kid's movie involving these 2 scenes and the best description from what I can remember. Each of the scenes are connected by the use of the watch but in two different time periods in 1980s/1990s and then in the past.

First it’s about two best friends (I think both are male) who both set their wrist watches at a certain time to remember to watch a TV show (I think wrestling?) each week and after confirming the exact times on their wrist watches they say yeah air alright and possibly high five.

The show somehow had to do with time travel to the past. Only one of the friends goes back but I'm not sure how. While being stuck in the past and trying to solve a problem to help the people in the past, his alarm for the TV show goes off and he remembers the title of the TV show by hearing the alarm uses the battery to solve the problem. The watch didn’t cause the time traveling only that the battery of the watch was used in the past after traveling there.

But other then those scenes I don’t know the whole main plot and around the time it came out in the early 90s or late 80s.

It's not A Kid In King Arthur’s Court.

I think this is The Amazing Panda Adventure.

I found this based on Tashus' comment that the show the kids set their alarms to watch was American Gladiators. IMDB has a "Connections" page for American Gladiators that lists references to that show in other media. For The Amazing Panda Adventure, it says this:

Ryan and his friend Johnny look on their watches and call "American Gladiators!" to watch this series on TV - later when Ryan and Ling are in the river Ryan's watch bleeps and he calls this series again

The protagonist Ryan's father works with pandas in China, and Ryan comes along with him on one of the trips. During the trip, a panda cub is taken by poachers, and Ryan and a local girl/translator named Ling go on an adventure to rescue the cub and return it to its mother. The plot summary on IMDB doesn't mention the scene you remember where Ryan uses the watch battery to solve a problem, but Wikipedia does:

Ryan realizes that he can use the batteries in his watch to power the radio collar and enable his father to locate them.

The movie was released in 1995. The only thing that doesn't fit your description is that there's no time travel, but most of the movie takes place in rural China, so there is at least an element of travel to a place with limited technology.

The plot summary mentions the watch:

Until now, Zak Gibbs' greatest challenge has been finding a way to buy a car. But when he discovers an odd wristwatch amidst his father's various inventions and slips it on, something very strange happens. The world around him seemingly comes to a stop; giving the effect that everyone has come to a stop. Zak quickly learns how to manipulate the device, and he and his quick-witted, beautiful new friend, Francesca, have some real fun. What they soon realize, though, is they are not alone in hypertime.

It came out in 2002, so pretty close to your guesstimate. It also has two main characters, who are both young adults, and only one has the watch. I don't believe they can time travel in the movie, but they can stop it. 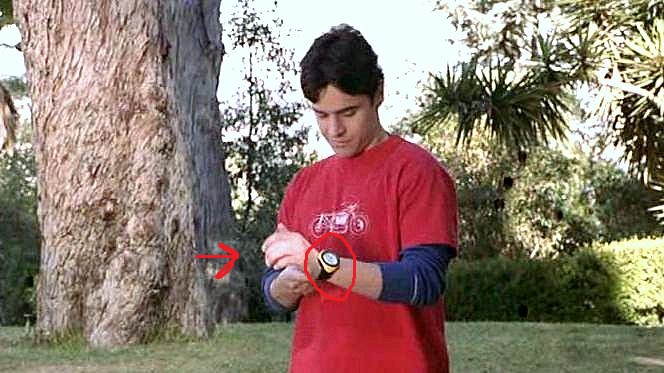 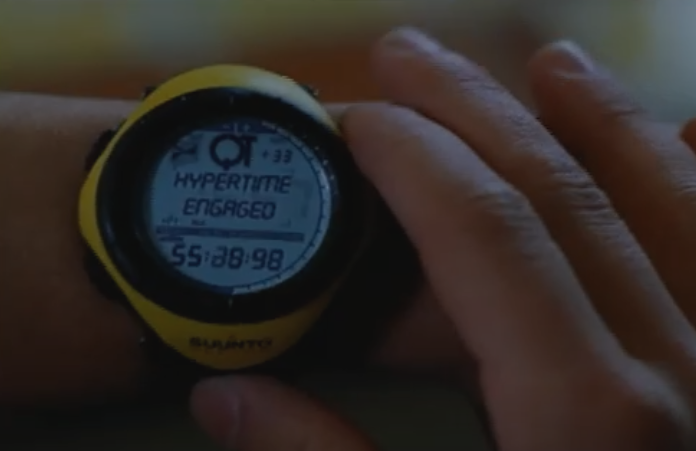 4
Kids movie. Two friends set their wrist watches / alarms to remember to watch a TV show. One goes into the past and uses his watch battery to get help

5
Time traveling family visits end of the universe
6
Book: modern post apocalyptic magical dystopia with Unicorns and Gryphons
5
3D animated show with a magic wristwatch that spawns lamp posts
10
fantasy story collection from 1982 or earlier
2
Do the time travel rules of the Indian movie 24 make sense?
5
Movie: in a big seaside city time travel portals open to the apocalyptic future with the fading sun and zombie mutants
24
SF story about a time machine, which is a movie camera