What did The Witches Cave (Podzemelye Vedm) movie rip off from Highlander?

I saw at least a couple different reviewers mention (in Russian) that the 1990 Soviet movie Подземелье ведьм (The Witches' Cave) very liberally borrowed from Highlander. However none of them went into details.

A lot of scenes have been ripped off from the popular and famous foreign film Highlander, released several years earlier.

Is there a detailed explanation of what exactly The Witches' Cave did rip off from Highlander?

Having glanced through Подземелье Ведьм (AKA Podzemelye Vedm AKA The Witches Cave) it's obvious that the start sequence (a sort of framing story for the rest of the film) has been taken almost shot-for-shot from the opening battle sequence from Highlander.

The fight scene at the very end of the film also shares some similarity with Connor's climactic fight with the Kurgan (as well as some walking underwater with a sword elements that seem vaguely reminiscent of Connor's training with Ramirez) but I'd hardly describe the whole film as a shameless ripoff, just the opening.

I watched the The Witches' Cave (with the sound off and while I was doing something else, but keeping it in view out of the corner of my eye). There were not a ton of similarities, but there certainly was this guy: 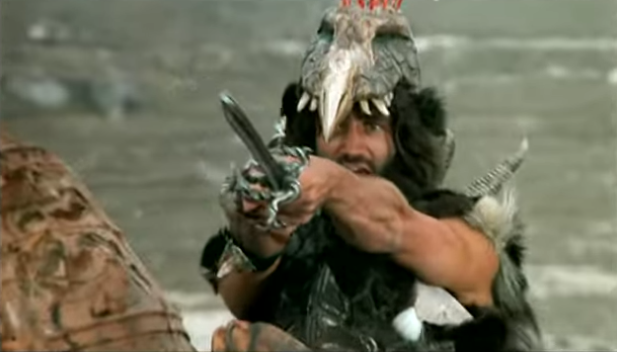 With his heavy sword and fanged skull for a helm, he bears more than a passing resemblance to the Kurgan from Highlander, 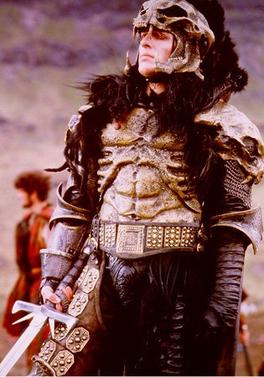 Both characters show up right near the beginnings of their films, for a tone-setting battle scene.

Moreover, another villainous thug bears a significant resemblance to Clancy Brown, the actor who played the Kurgan. One of the things that made the Kurgan appear so menacing was Brown's unusual appearance, with a particularly broad, flat face. Here is another image of him, this one from in Starship Troopers. 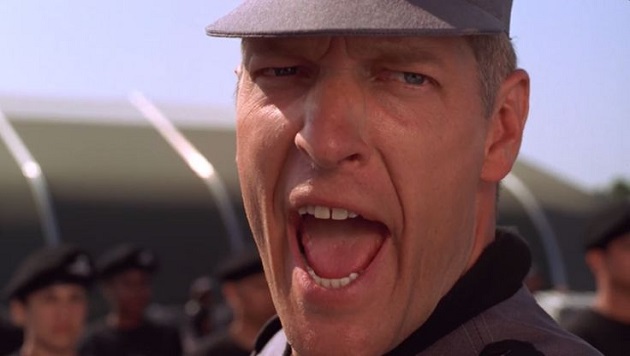 The Witches' Cave also features another important villain, who looks like he was chosen particularly for his similarity in appearance to Brown (who also had no hair on his head through most of Highlander). 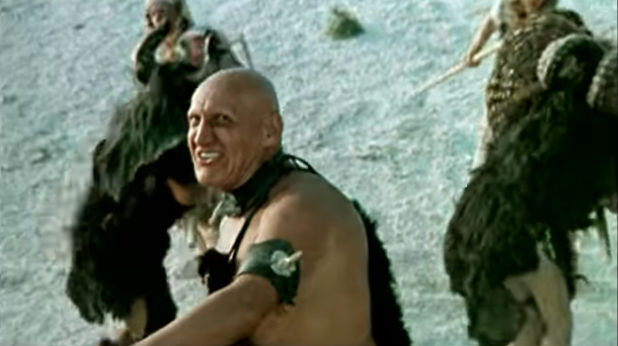 Not the answer you're looking for? Browse other questions tagged highlander highlander-franchise the-witches-cave or ask your own question.

6
Musical themes carried over from the Highlander film to TV series
4
What were the details of the claim that "Highlander: The Source" events were just a dream?
14
Did the writers originally envision aliens when they wrote the first "Highlander"?
11
How did the Kurgan never completely heal from the wound Ramirez gave him?