Graphic novel about exploring a different planet by French/Brazilian writer

I read one volume of this series in the late 2000s. The colours are very clear, with little shading, I believe the name of the novel is a one-word title (something like Nebula or the name of the location they're exploring) and the planet is very green, constructions are kind of round. The crew was formed by two or three men and one woman.

This is Antarès, which ran for six issues from 2009 to 2015. It's the third cycle of Luiz Eduardo de Oliveira (aka Leo)'s Les Mondes d'Aldébaran (published since 1994, and still going). The second issue's cover depicts the green planet.

The first cycle, Aldébaran, followed (among others) Kim, a teenager whose village got attacked by a marine-like creature. It was revealed that said creature (the mantrisse) lives in symbiosis with beings it chose, and was closely related to Aldébaran, the first colonized planet, with which Earth had had no contact since colonization.

In the second cycle, Bételgeuse, after communication between Earth and Aldébaran had been restored, Kim goes on a rescue mission to find any survivors of an expedition towards Bételgeuse, the second colonizable planet found. Long story short, Bételgeuse's colonization is abandoned for various reasons.

In the Antarès cycle, once again a "new, potentially colonizable planet" is found, and Kim is asked to be part of the exploration mission. Kim is tired of the danger she's been through on Aldébaran and Bételgeuse, but the corporation asking her offers to pay for her jailed friends' freedom, so she accepts. And so the exploration begins, while it's progressively uncovered how shady the corporation is...

The planet features a great diversity of landscapes (see covers for instance), and most of the local creatures are of round shapes, as depicted below: 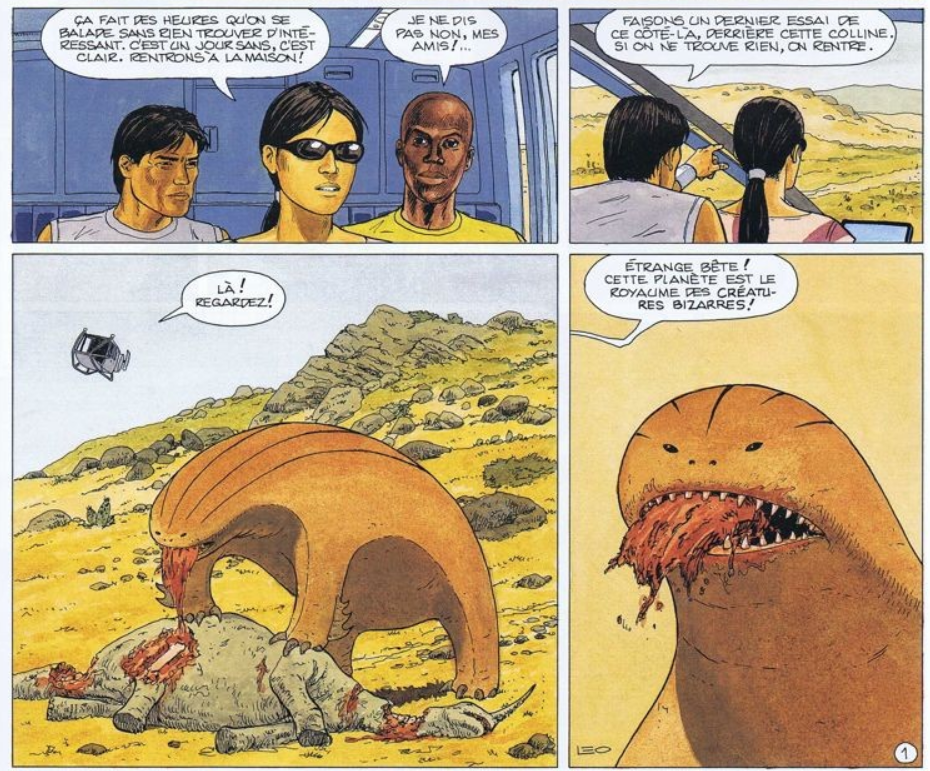 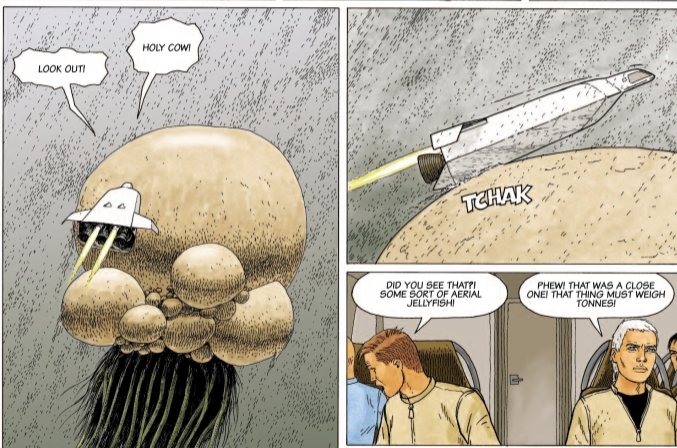 7
What sci-fi novel has a technology called "Plaax" and a character named "Gifon"?
9
Science fiction novel about a man who travels through time and falls in love with a warrior woman
5
Novel (and movie) about supernatural being choosing successor
17
Late 90's or early 00's graphic novel with a girl and an airship
13
Novel where a girl cares for psychic children, maybe set on a starship
9
Graphic novel from 2014 or later with a time traveling device