Movie with a returning probe/satellite, an alien infection, and a nuke at the end

I've been trying to find the name of a movie I remember seeing on TV on several occasions. What I remember of the plot:

I've been scouring lists of sci-fi movies to no avail. Sound familiar to anyone?

The movie is Lifeform with Cotter Smith and Ryan Phillippe.

When the Viking space capsule suddenly returns to Earth from its long ago trip to Mars, it brings with it an intelligent visitor that is part "Alien" and part "ET". Encased in armor, it extends a humanlike form from its shell to examine its surroundings and shows an interest in humans including a soft caress of a female scientist prior to the Army killing it. This only enrages its sibling.

The Viking probe returned and carried an alien egg that grew to an adult. Another egg was laid in the facility, and that creature had the memories of the alien which laid it. They nuked the facility at the end. The alien was outside the facility but got nuked. At the end you saw his dust blow away, leaving an egg lying on the desert.

The review here provides more details, including that the base being nuked was the result of them running out of money, preventing the original ending. 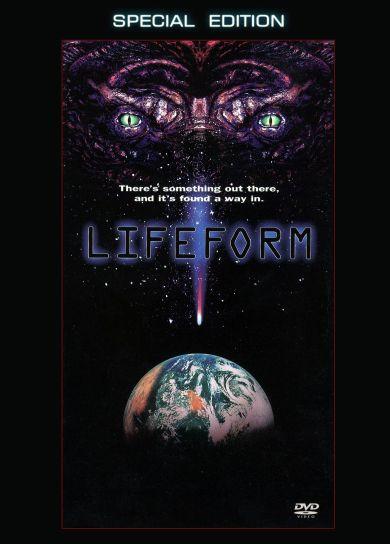 11
Movie where an alien pod landed at an arctic base
5
Campy Alien Horror movie with Alien Stowaway on Lunar Lander?
6
Movie with an alien that infiltrates a space station. Eventually the entire facility gets nuked
1
80s/90s movie with a centaur-shaped alien trapped in a military base

14
Help me identify this B-movie about plant-like aliens that crash land
9
Whats the name of the movie series with Parasite/Alien
4
Space movie with alien probe that makes the crew turn homicidal
8
What is the title/author of this obscure SciFi book where aliens sell coffee?
6
Trying to find a Sci-fi book about AI
5
Sci-Fi movie with 3 boys and an alien
4
Movie (“The Host”?) with alien overtaking human bodies and “solving” the problems of human society
2
Movie with the last of an alien race at the end?