I remember watching a cartoon TV series when I was a kid (90's I think, or very early 2000's) on Australian TV. It was a fantasy setting, but the one strong memory I have is of subterranean caverns with structures (temples etc.) and it featured giant burrowing worms which would eat through solid rock.

I cannot really recall any other settings or tableaus from the series - I believe my memory of the worms was of a couple of scenes where they blindly burrow through to an underground city and destroy everything in their wake (I remember them chewing through temple columns and then gobbling up the broken pieces).

Specifically it appears to be episode 47 "[G]Nomes On The March" ("Bakekubi abare ru"/"Bakekubi Goes on a Rampage"). A picture of the worm can be seen below. 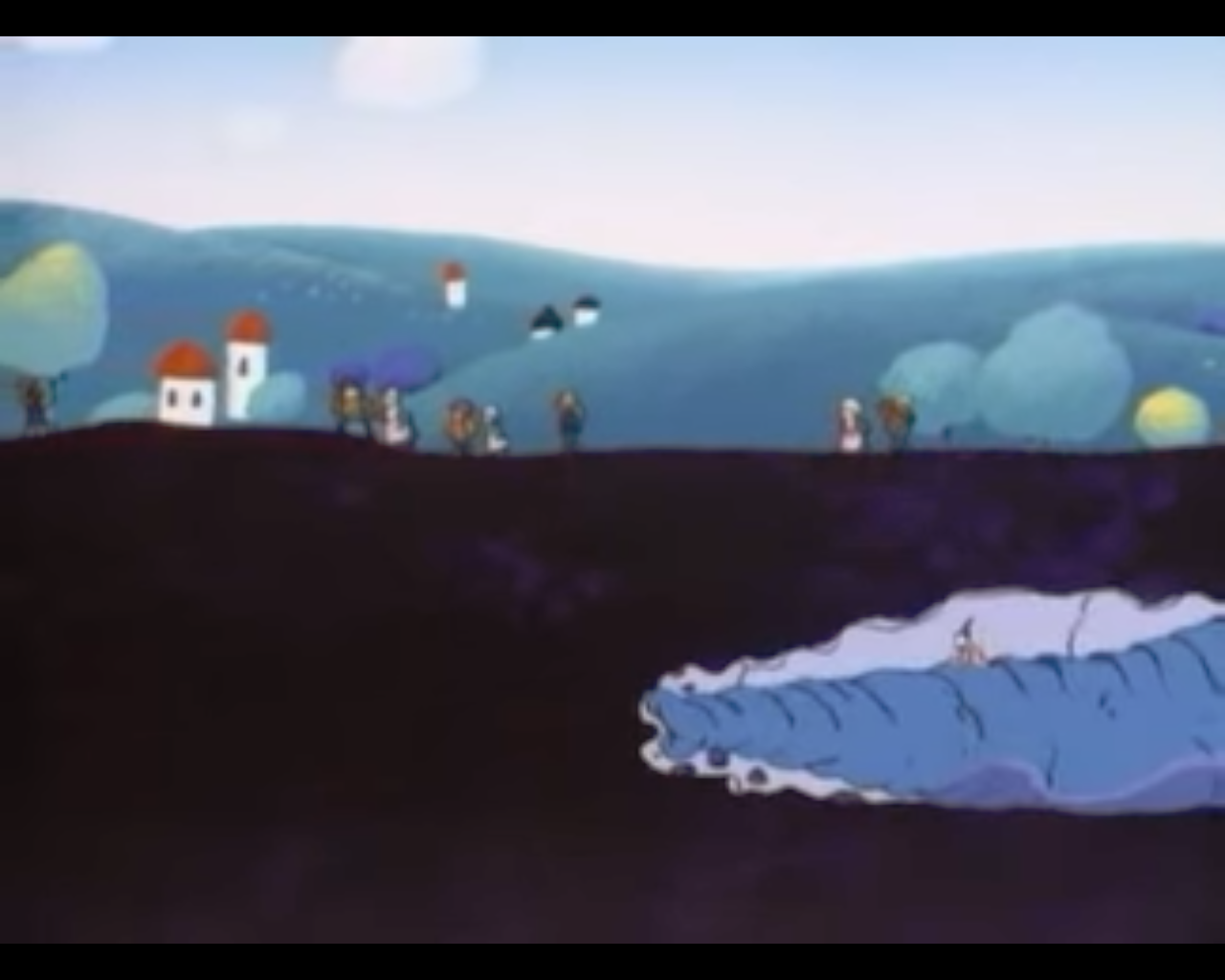 It actually appears to be an anime rather than a cartoon and was dubbed and released in Canada later on.

And the full episode can be seen on YouTube here:

I actually found this from the "Related" section on the side on the question: Help identifying a cartoon featuring a girl riding a giant green worm

I hope you will see this late reply, because I am under the impression you mean Nausicaa of the valley of the Wind. A friend of mine had the exact same recollection and experience as you did as a child, his description was identical. In the end he actually meant this film (now available for streaming in Australia actually).