About 60 years, ago my family had a View-Master stereo viewer.

One of the reels was an adventure with a science fiction hero defeating villains.

It might have been Buck Rogers or Flash Gordon or one of the television space heroes like Rocky Jones or Tom Corbett.

The images were live action and what I remember of the plot was the villains sabotaged something that looked like an industrial plant or an electric power station. I remember one of the characters wore a spacesuit in a scene.

So does anyone remember anything about that story?

Looking through several online View-Master reel databases came up with the following results:

There were five different releases of this set under three slightly different names.

What I believe to be the first two were titled Tom Corbett: Space Cadet and had the following packaging: 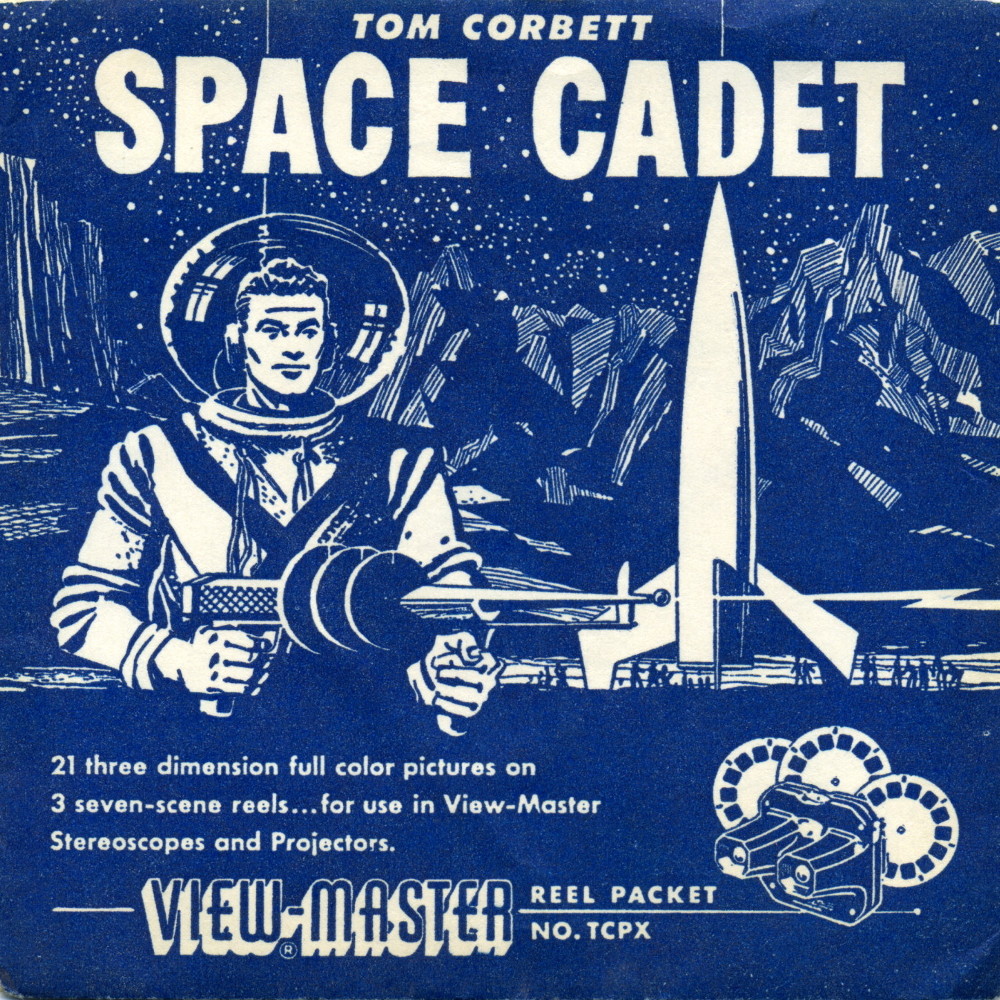 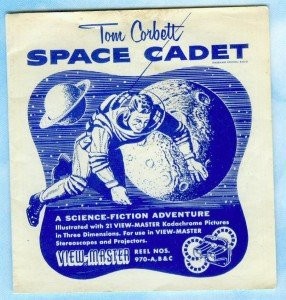 The probable next release was titled The Secret From Space: Starring Tom Corbett Space Cadet and was packaged thusly: 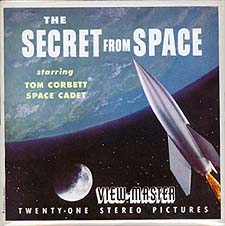 The fourth release was called Tom Corbett's Adventures in Space and had the following design: 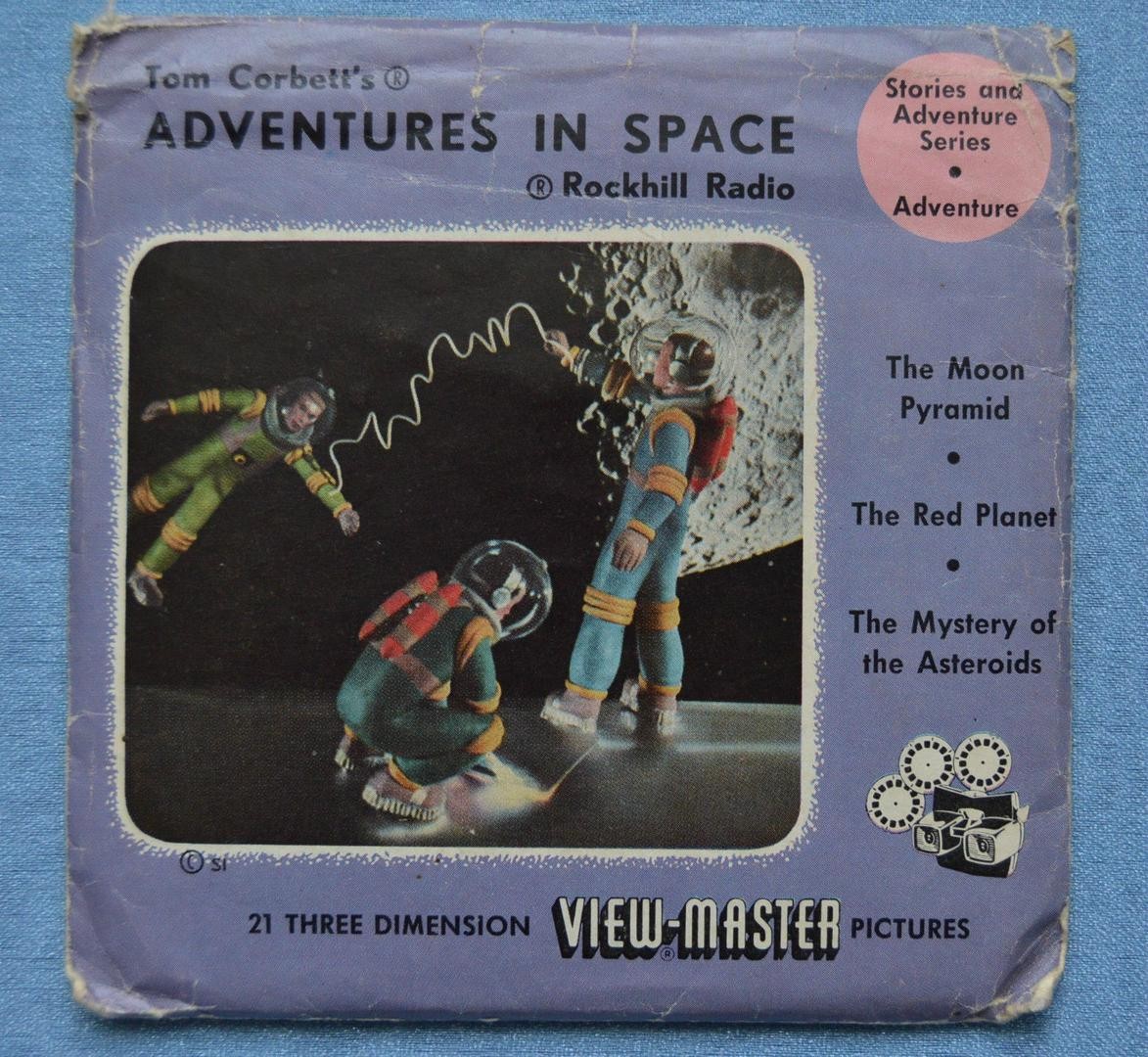 Finally there is the again named Tom Corbett: Space Cadet but with a final design change: 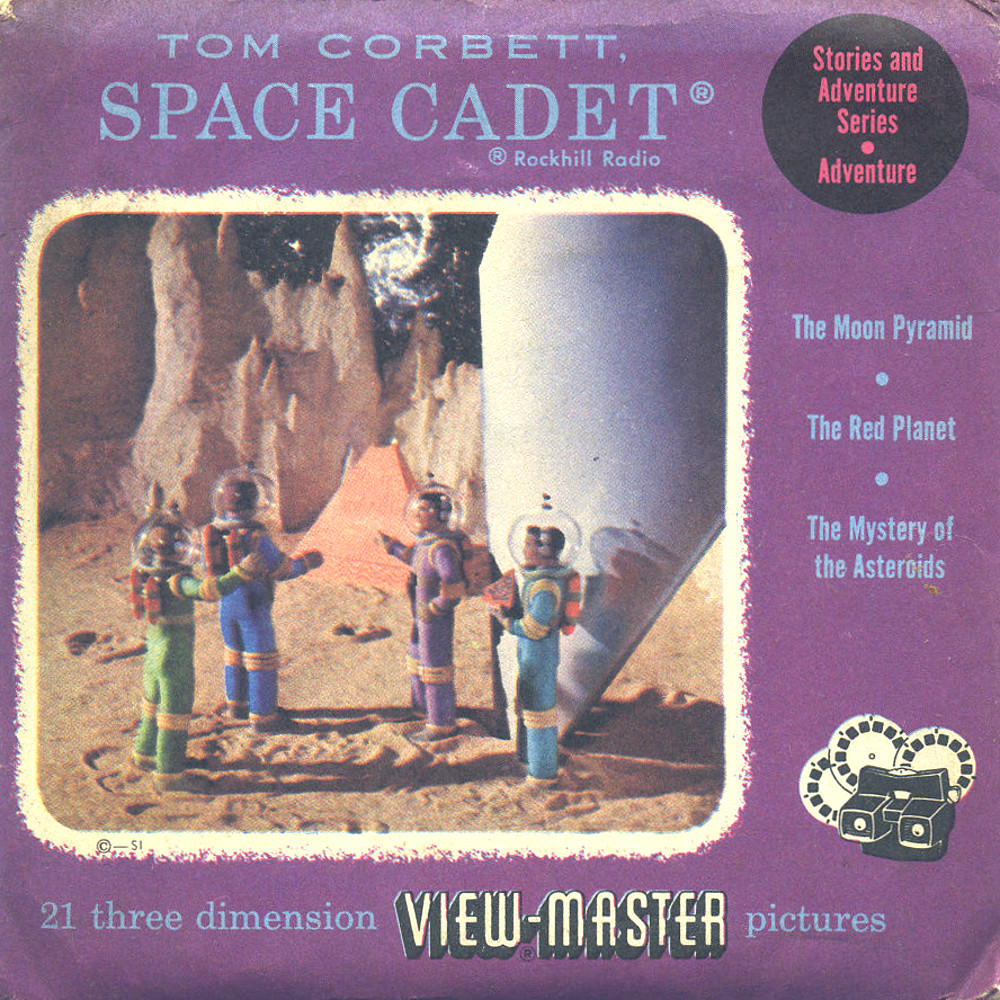 If this isn't what you are looking for I did find a decent database with no malware (harder than I thought it would be) called The View-Master Database which might be able to help you out.