Isekai manga where the main character is summoned by a goddess

I am looking for an isekai (normal person ending up in another world) manga. In it, the main character is summoned by a goddess, but she leaves him stranded because he is not good looking. He also fights a dragon and a giant spider that turns into a woman. It has its own village of different races in another dimension.

I read it last year, but it’s probably older than that.

The main character is summoned by a goddess, but she leaves him stranded because he is not good looking.

Makoto's parents came from another world, and made a deal with the goddess of this world: they get to go to Japan, but "what is most precious to them" (read: one of their offspring) would have to go to the goddess' world at some point.

Makoto is summoned by the goddess, and welcomed by Tsukuyomi, who acts as a proxy on her behalf. When he does meet the goddess, she refuses to make him her champion, because of his looks: 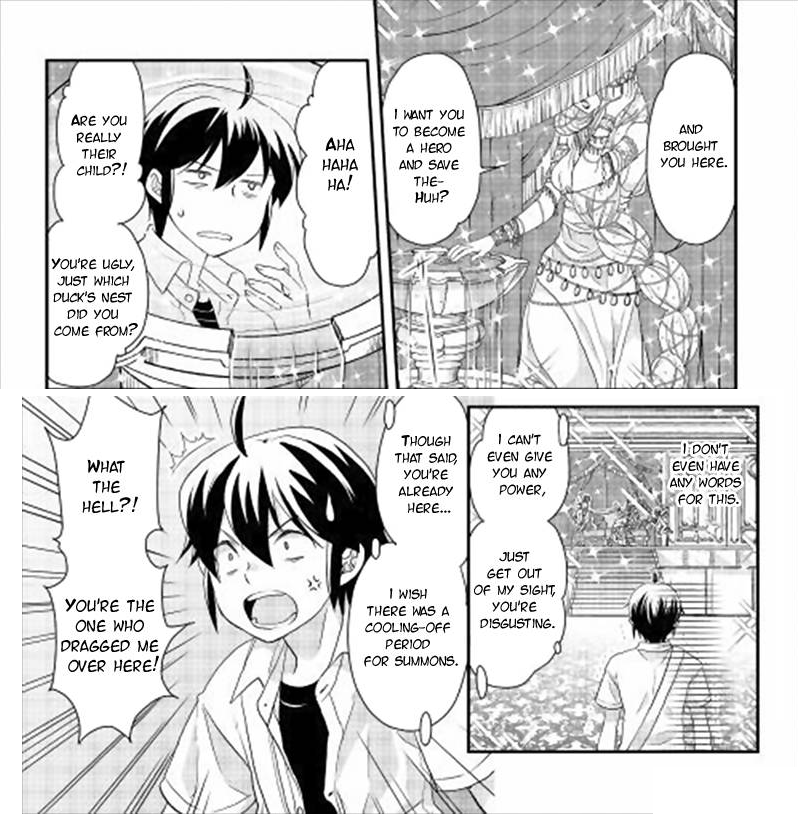 He also fights a dragon and a giant spider that turns into a woman.

In chapter 3, Makoto goes to face Shin, a mysterious entity who terrorises the nearby village, despite the sacrifices being given to him in the form of young girls. Turns out, Shin is a dragon. Even more, he's "a Shenron", and is probably modeled after his Dragon Ball homonym: 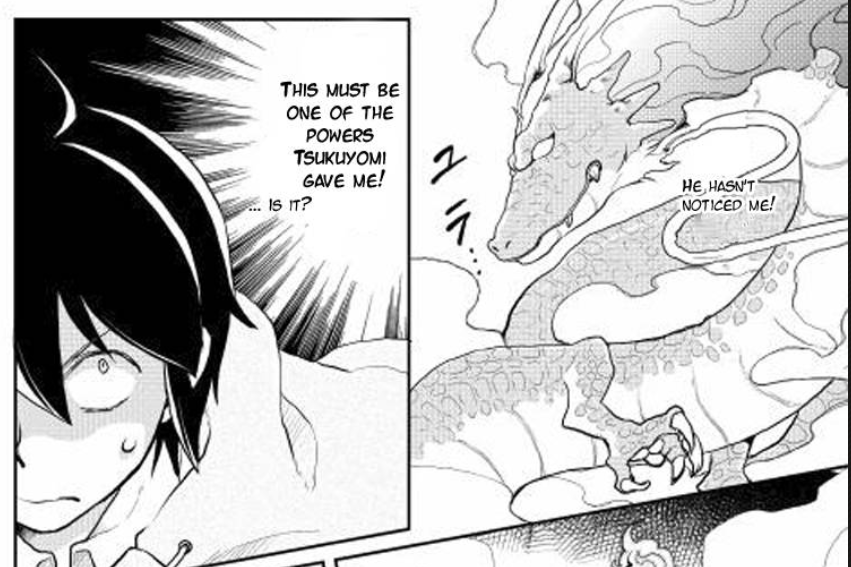 The "black spider of calamity" makes its appearance in chapter 6, and it's hungry. Fighting ensues, Makoto gets knocked out, Shin (who now gets along with Makoto and accompanies him on his journey) negociates a contract between them, and by chapter 8 the spider has taken a human form and is bound to Makoto. 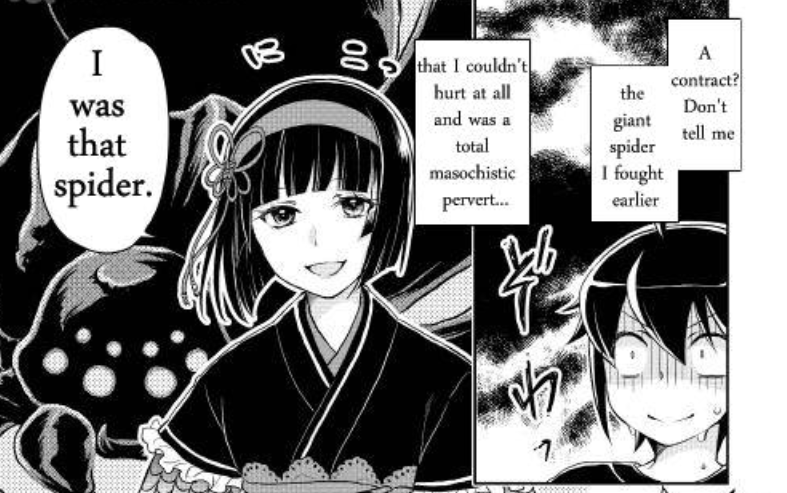 Found with the Google query isekai manga goddess summon spider site:myanimelist.net which returned a recommendation on another manga's page:

Set in a fantasy-themed world. Both MC are OP. "Tsuki ga Michibiku Isekai Douchuu" is about a guy that gets summoned to a new world and is thrown out to the edge of the world by a goddess and "Yasei no Last Boss ga Arawareta!: Kokuyoku no Haou" is about a guy getting stuck in a game as his female character.