Which was the first sci-fi story featuring alien genetical manipulation of native life on Earth to create humans?

In the Super Dimensional Fortress Macross (1982)

70 years after the formation of the Protoculture Stellar Republic (497,130 years ago), a Protoculture Survey Ship landed on Earth and genetically influenced the existing native life to spur the emergence of "mankind", a sub-Protoculture adapted to the planetary environment of Earth to prepare the planet for future colonization.

Now I've seen this idea in other fictional stories, in some of them including hybridization between aliens and pre-human species to create humans.

Which was the first story featuring alien genetical manipulation of native life on Earth to create humans?

1948: Triplanetary, a novel by Edward E. Smith in his Lensman series, available at Project Gutenberg. The godlike Arisians develop younger races on different planets to combat the evil Eddorians. We of Tellus (also known as Earth) are one of them:

"This visualization, while more complex, more complete, and more detailed than the one set up by our forefathers at the time of the Coalescence, agrees with it in every essential. The five basics remain unchanged. First: the Eddorians can be overcome only by mental force. Second: the magnitude of the required force is such that its only possible generator is such an organization as the Galactic Patrol toward which we have been and are working. Third: since no Arisian or any fusion of Arisians will ever be able to spear-head that force, it was and is necessary to develop a race of mentality sufficient to perform that task. Fourth: this new race, having been instrumental in removing the menace of Eddore, will as a matter of course displace the Arisians as Guardians of Civilization. Fifth: the Eddorians must not become informed of us until such a time as it will be physically, mathematically impossible for them to construct any effective counter-devices."

"We have observed, and at times have guided, the evolution of intelligent life upon many planets," the fusion began. "We have, to the best of our ability, directed the energies of these entities into the channels of Civilization; we have adhered consistently to the policy of steering as many different races as possible toward the intellectual level necessary for the effective use of the Lens, without which the proposed Galactic Patrol cannot come into being.

"For many cycles of time we have been working as individuals with the four strongest races, from one of which will be developed the people who will one day replace us as Guardians of Civilization. Blood lines have been established. We have encouraged matings which concentrate traits of strength and dissipate those of weakness. While no very great departure from the norm, either physically or mentally, will take place until after the penultimates have been allowed to meet and to mate, a definite general improvement of each race has been unavoidable.

"Thus the Eddorians have already interested themselves in our budding Civilization upon the planet Tellus, and it is inevitable that they will very shortly interfere with our work upon the other three. These four young Civilizations must be allowed to fall. It is to warn every Arisian against well-meant but inconsidered action that this conference was called. We ourselves will operate through forms of flesh of no higher intelligence than, and indistinguishable from, the natives of the planets affected. No traceable connection will exist between those forms and us. No other Arisians will operate within extreme range of any one of those four planets; they will from now on be given the same status as has been so long accorded Eddore itself. The Eddorians must not learn of us until after it is too late for them to act effectively upon that knowledge. Any chance bit of information obtained by any Eddorian must be obliterated at once. It is to guard against and to negate such accidental disclosures that our Watchmen have been trained."

P.S. As Flash Sheridan pointed out in a comment, Smith mentioned the Arisian breeding program a little earlier (1947), in the serialization of Children of the Lens, another novel in the Lensman series. The following excerpt is from Astounding Science Fiction, November 1947, available at the Internet Archive.

Kimball Kinnison, while not, strictly speaking, a mutant, was the penultimate product of a prodigiously long line of selective, controlled breeding. So was Clarrissa MacDougall. Just what course the science of Arisia took in making those two what they are I can deduce, but I do nolf as yet actually know. Nor, for the purpose of this record, does it matter. Port Admiral Haynes and Surgeon General Lacy thought that they brought them together and promoted their romance. Let them think so — as agents, they did. Whatever the method employed, the result was that the genes of those two uniquely complementary penultimates were precisely those necesstwy to produce the first, and at present the only Third-Stage Lensmen. 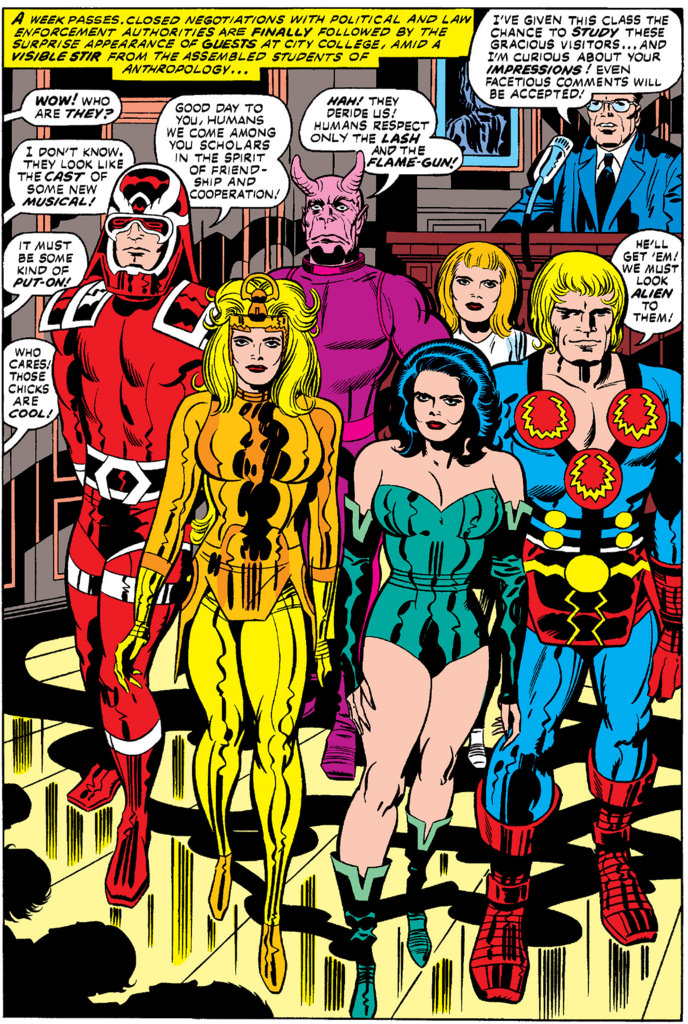