Which characters are present in Dr. Strange's Tarot Deck?

I found these two images by accident while reading about Tarot. 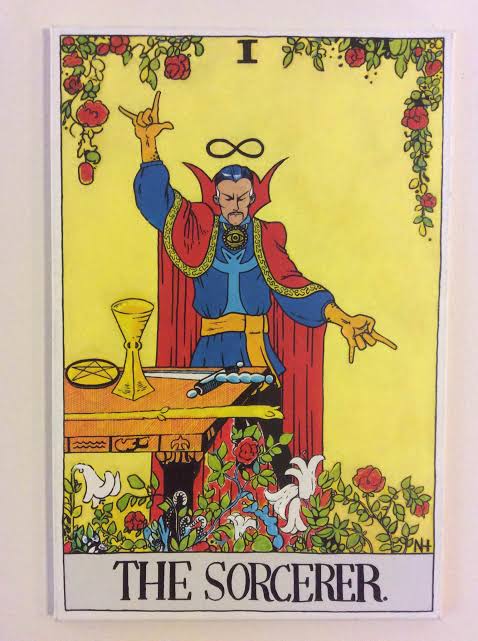 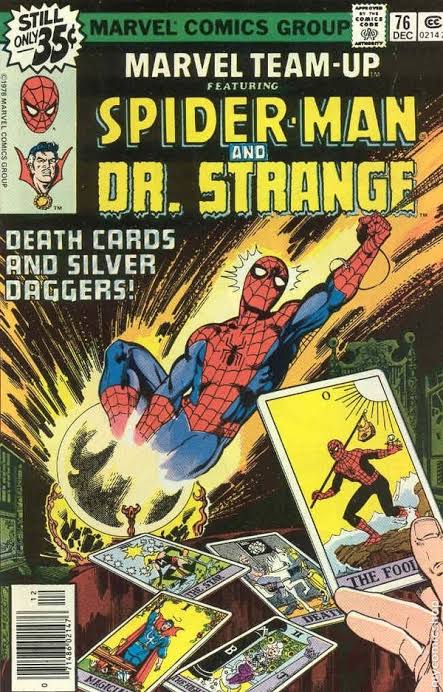 From the wikis it seems like at some point Dr. Strange was using a Tarot deck to distribute tasks among some Marvel heroes.

In the cover above I can see Spider-Man, Captain Marvel and Dr. Strange himself. I cannot tell who the other two are... and there should be dozens more to fill a deck. Has there ever been an official/canon list connecting Marvel characters to Tarot cards?

The cards is a teaser for the story in the comic, which has the heroes fight the villain Silver Dagger and where Tarot cards is involved as a part of the story.

The people on the cards are: Magician - Dr Strange, The High Priestess - Clea, The Fool - Spider-Man, The Star - Ms Marvel and Death - Silver Dagger.

The story begins when Dr Strange receives a deck of Tarot cards from an unknown sender. The cards are enchanted and compels Strange to use them to tell his fortune. The fortunetelling is a warning that shows dangers, imbalances and hopeless battles to come.

While Strange is occupied with the cards he suddenly get attacked from one of his mystical objects, and his apprentice/lover Clea gets her soul stolen. 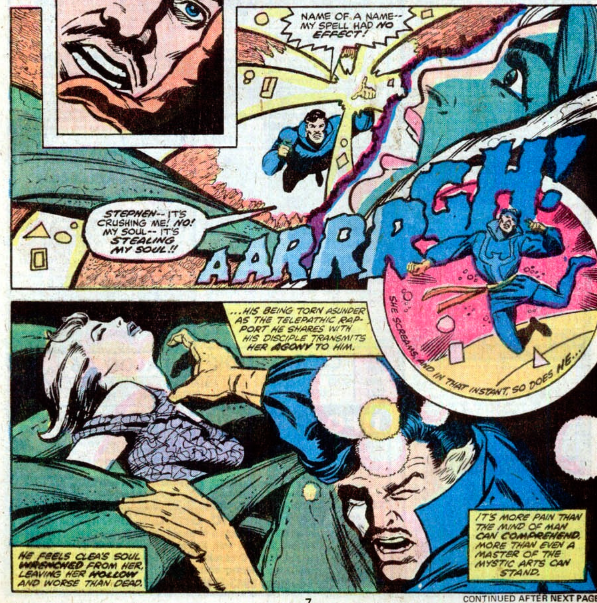 Spider-Man and Ms Marvel happen to be nearby and sense the battle in their own ways. They rush to help, but it is too late as both Strange and Clea are knocked out. Strange soon recover but realize that someone has set a trap and the cards are his only clue. Strange trace the cards to another magician called Marie Laveau, aka The Witch-Queen of New Orleans, and they all go to confront her.

The Witch-Queen tells the heroes that she sent the cards to Strange to warn him against an old foe called Silver Dagger that was captured and imprisoned by Strange a long time ago. He now tries to return and kill Strange, but apparently only managed to get to Clea. She tells him that she can help him get her back if Strange first help her find an old powerful spell book she needs. Strange agrees. 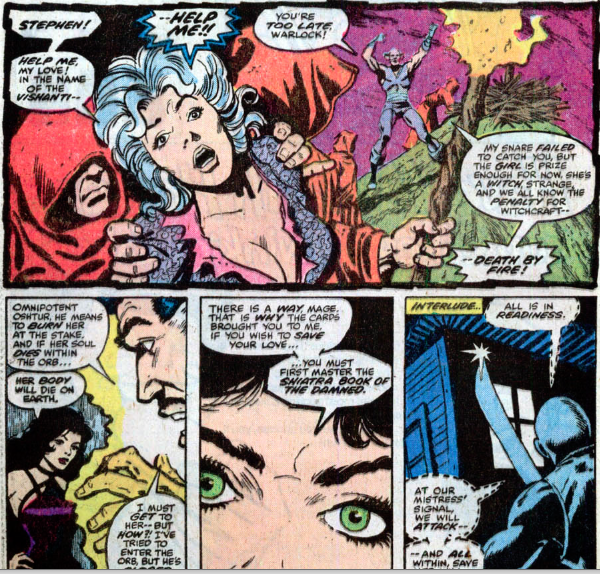 Unfortunately this is all part of the trap. The Witch-Queen betray Strange and traps his soul in Silver Daggers prison, while Silver Dagger return to earth with her. 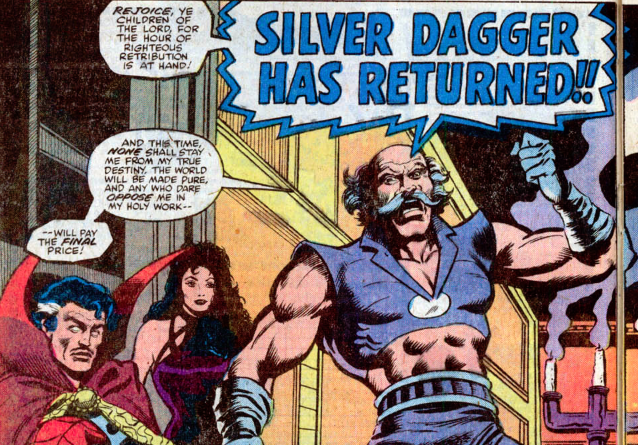 Spider-Man and Ms Marvel that has stayed behind realize that the situation is bad and attack the villain, but find that there is little they can do against a powerful mage like Silver Dagger. 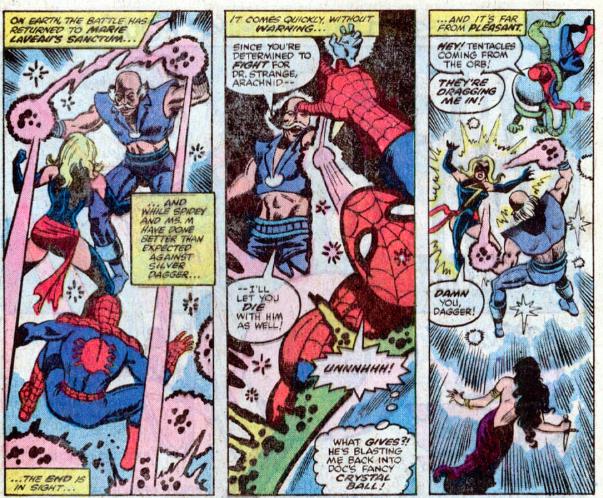 The battle goes nowhere but while Silver Dagger is distracted the Witch-Queen decides to keep up the betrayal an backstab Silver Dagger too, literally. 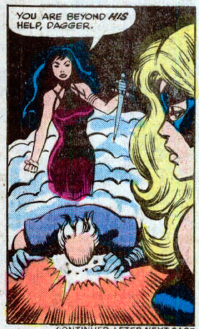 With Silver Dagger gone, Strange can return with Cleas soul and the Witch-Queen explain that she was magically enslaved by Silver Dagger, but managed to overcome the spell in time to help out. Strange send Silver Dagger back to his prison and thank the heroes for their help while the Witch-Queen warn Strange that there are more dangers coming soon.

As far as i know the tarot cards has not returned again in another story and they does not appear to have any hero images on them in the story. We also get a better look at them on the first page where they are used again as a teaser. This time however they look like ordinary Tarot cards. 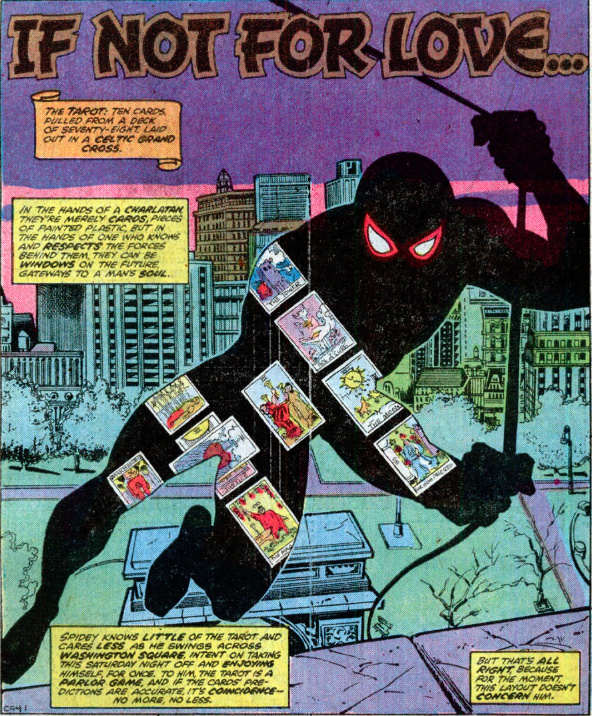 Not the answer you're looking for? Browse other questions tagged marvel doctor-strange or ask your own question.