Starting in the second Harry Potter book, Harry becomes quite familiar with the interiors of the DADAs' offices and how the current occupant decorates it.

Do we ever have an inclination on how Professor Quirrell decorated the office while he was DADA teacher?

It was probably similar to how he decorated his classroom, which (in the films) was quite entertaining, here's a picture that I've edited to point out some of the more interesting things. 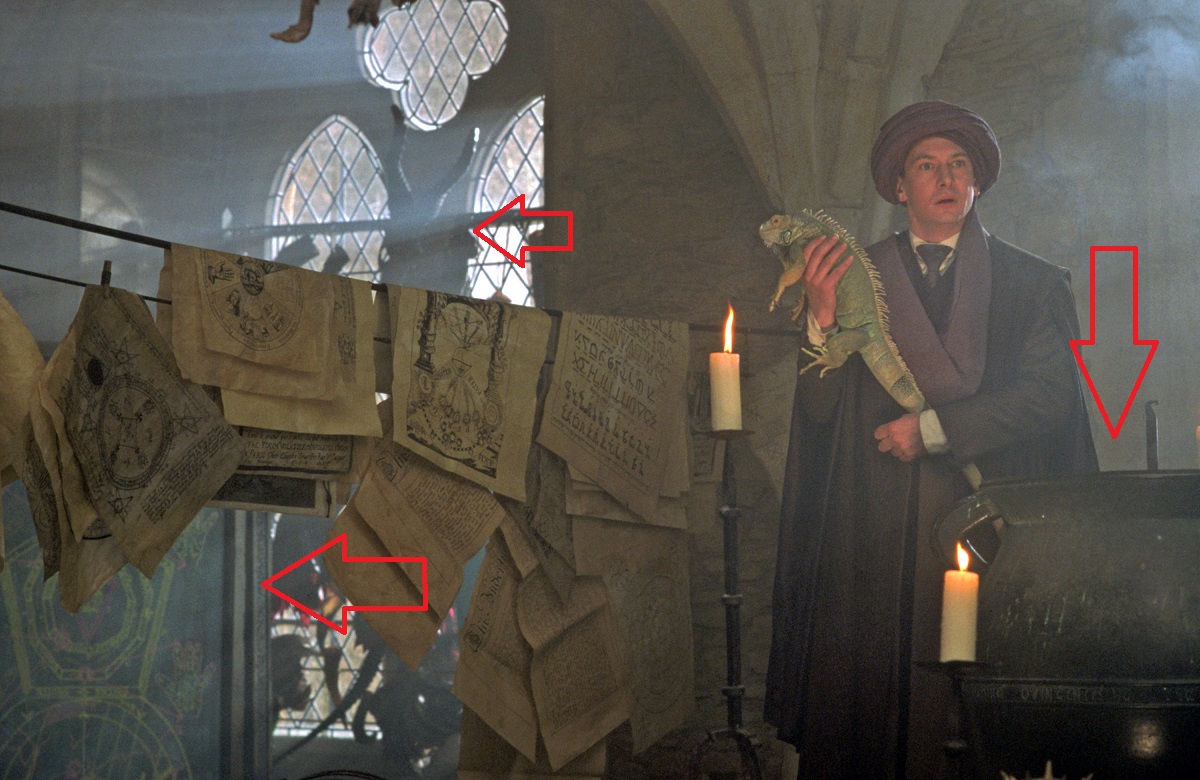 So as you can see he definitely keeps some interesting things in his classroom, including whatever kind of skull that is in the upper left(ish) I've tried to find an image online that matches it but have failed. A lot of what can be seen in the windows were the skull is (the tooth and other mysterious objects) seem to be more personal decorating points rather than teaching points but the (what I've) called a Carpet in the bottom right is probably a object of interest for students as well as the cauldron.

Furthermore, the only actual picture I have been able to find of the actual interior of his office was this: 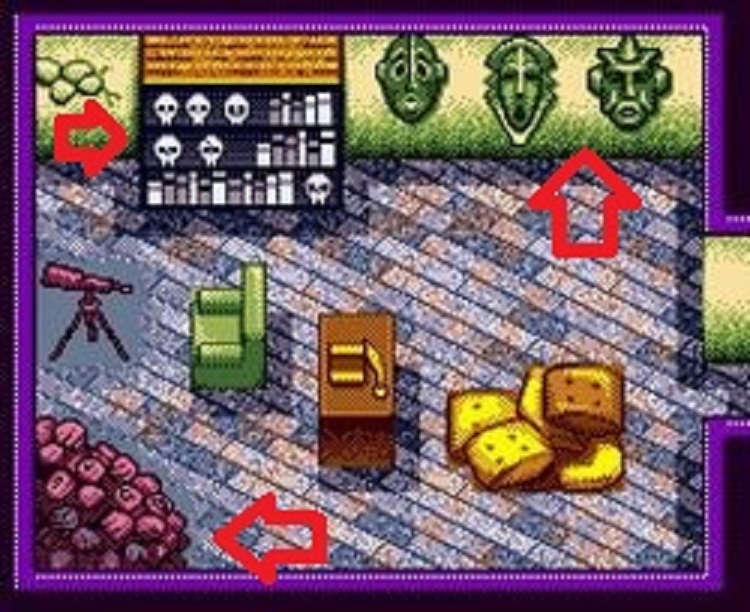 This seems to match the theme of the classroom pretty well containing some African Tribal masks, skulls on the shelf and a bunch of turbans in the corner (again I edited the picture to point these out).

We don’t know what Quirrell’s office looks like because the series is written almost entirely from Harry’s perspective, and Harry never visited the Defense Against the Dark Arts teacher’s office when Quirrell was teaching the class and occupying the office.

“Sit down,’ said Moody, and Harry sat, looking around.

He had visited this office under two of its previous occupants. In Professor Lockhart’s day, the walls had been plastered with beaming, winking pictures of Professor Lockhart himself. When Lupin had lived here, you were more likely to come across a specimen of some fascinating new Dark creature he had procured for them to study in class. Now, however, the office was full of a number of exceptionally odd objects that Harry supposed Moody had used in the days when he had been an Auror.”
- Harry Potter and the Goblet of Fire, Chapter 20 (The First Task)

So, we don’t know, because Harry (and therefore the reader) never sees the office when Quirrell occupied it.

Not the answer you're looking for? Browse other questions tagged harry-potter defence-against-the-dark-arts or ask your own question.