What does the world of of Ted Chiang's “Tower of Babylon” actually look like?

Can someone visually explain the world from the 'Tower of Babylon' story?

Where does the sun go at night if the world is a cylinder? Is the sun outside/inside of the cylinder or on the same level as the “Earth”?

The world described in Chiang's Tower of Babylon isn't a tube or a cylinder, it's a series of concentric spheres.

The smallest sphere is the Earth itself, with all of its people and mountains and plains and seas. Above that is the air (clouds, etc) and above that is the Moon, the Sun and then the stars. At the very highest point, farthest from the ground is the "Vault of Heaven", a granite sphere that encompasses everything that we've already mentioned.

With the passage of the weeks, the sun and moon peaked lower and lower in their daily journeys. The moon flooded the south side of the tower with its silver radiance, glowing like the eye of Yahweh peering at them. Before long, they were at precisely the same level as the moon when it passed; they had reached the height of the first of the celestial bodies. They squinted at the moon's pitted face, marveled at its stately motion that scorned any support.

When they were at the level of the sun, they traveled entirely at night. During the day, they tried to sleep, naked and sweating in the hot breeze. The miners worried that if they did manage to sleep, they would be baked to death before they awoke. But the pullers had made the journey many times, and never lost a man, and eventually they passed above the sun's level, where things were as they had been below.

Now the light of day shone upward, which seemed unnatural to the utmost. The balconies had planks removed from them so that the sunlight could shine through, with soil on the walkways that remained; the plants grew sideways and downward, bending over to catch the sun's rays.

Then they drew near the level of the stars, small fiery spheres spread on all sides. Hillalum had expected them to be spread more thickly, but even with the tiny stars invisible from the ground, they seemed to be thinly scattered. They were not all set at the same height, but instead occupied the next few leagues above. It was difficult to tell how far they were, since there was no indication of their size, but occasionally one would make a close approach, evidencing its astonishing speed. Hillalum realized that all the objects in the sky hurtled by with similar speed, in order to travel the world from edge to edge in a day's time.

The Vault of Heaven

They were close enough now to perceive the vault of heaven, to see it as a solid carapace enclosing all the sky. All of the miners spoke in hushed tones, staring up like idiots, while the tower dwellers laughed at them.

Chiang's book is pretty consistent with earlier (Babylonian, Messopotamian, Hebrew, etc) interpretations of cosmology with the Earth at the centre of the firmament with various celestial bodies traveling around it in circles, and with the heavens existing above that all. 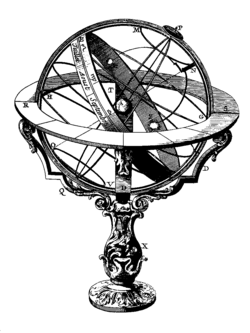 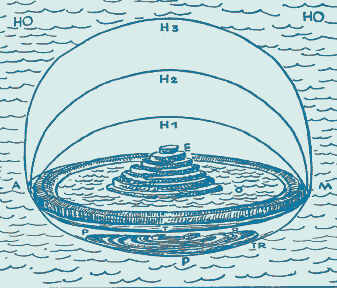 paradoxical spherical tesseract, with the Vault of Heaven (and everything inside it, including the Earth itself) existing deep within the Earth, recursively.

The answer can best be described using an analogy the author himself used near the end of the story:

“and then it came to him: a seal cylinder. When rolled upon a tablet of soft clay, the carved cylinder left an imprint that formed a picture. Two figures might appear at opposite ends of the tablet, though they stood side by side on the surface of the cylinder”

If you did this, you would see the top of the tower now touches the underneath side of the island. You can then imagine that if you joined the two ends of the cylinder together, you would have a toroidal universe (ie donut shaped).

So the story describes this by imagining our two dimensional paper now being 3 dimensional space!

Since I cannot comment, I'd like to point out that the accepted answer is incorrect. Reason: the object given in the answer is topologically just a 4-ball (D^4), it is simply mathematically impossible to have the outcome that happens at the end of the story because in such a world continuing in any direction would lead to a boundary whereas

in the story there is no boundary and going through the vault brings them back to the surface.

Ted Chiang's work is characterized by a fidelity to the mathematical and scientific consequences of his imagined world, there is no reason to suppose he would make such an egregious error.

Ben Law has it right. The sealed cylinder analogy makes it clear that the world is mostly likely a

Three-torus. Moreover, this space can be equipped with a flat metric, so its geometry is Euclidean. The cylinder analogy is a faithful rendering of a standard mathematical construction taught in college of the two dimensional version of the 3-torus.

If we look at the text, we can note a few things:

From this information it seems pretty clear that the implication is the earth is the ancient Biblical "flat earth" disc, with the celestial bodies moving in arcs over the disc from east to west, and continuing their arcs under the disc of the earth (like a sphere with the earth bisecting it), with the firmament and waters of heaven above: 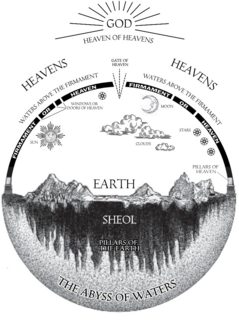 but with one twist:

Hence the universe is shaped something like a torus, where as you ascend upwards from earth one eventually reaches the underside of the earth, and may even tunnel through it to reach the surface again: 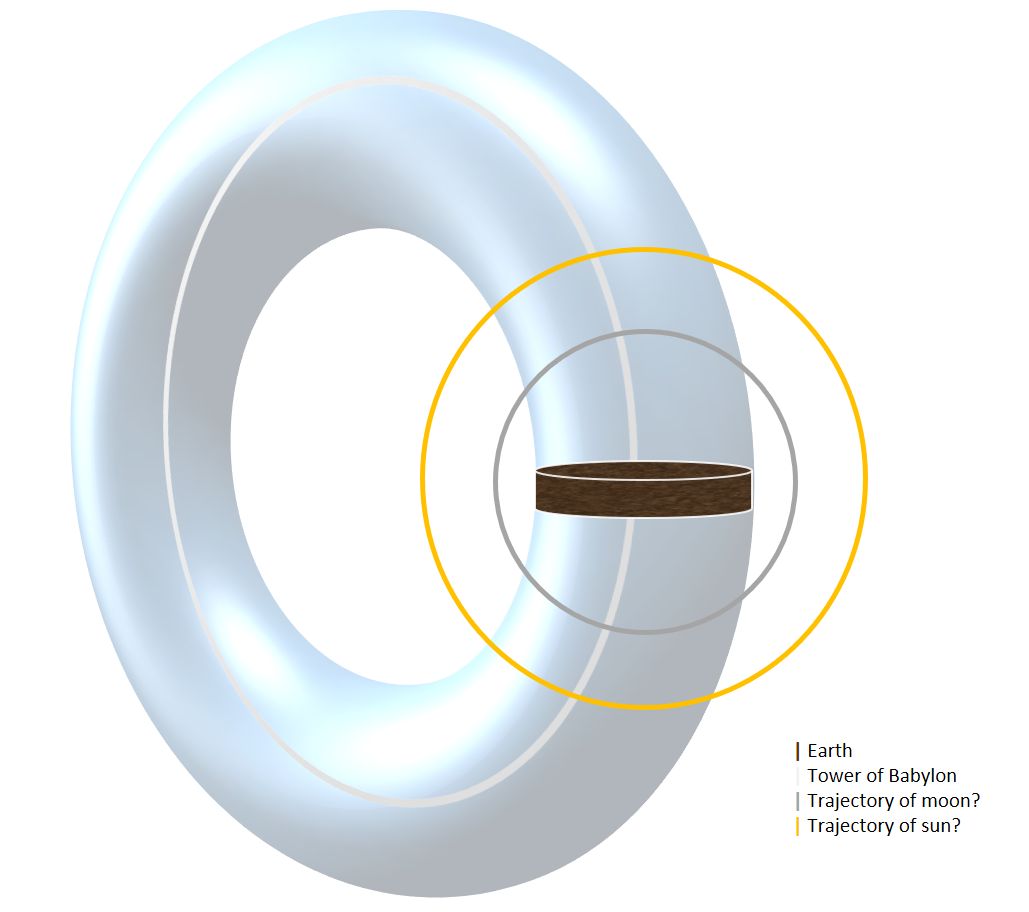 With the implication that earth is both the heavens above and the hell below.

Where does the sun go?

This leads to the question of why the sun isn't seen in its 'second' night-time trajectory as the protagonist scales the top layers of the tower.

One possibile explanation is that the sides/edges of the earth extend downwards further than the bottom (like an upside down bowl), and that the sun's orbit is on a tilt, so that the top half is visible from the earth's surface, but ascending to its underside the sun is obscured in its second half by the sides of the earth itself.

Not the answer you're looking for? Browse other questions tagged short-stories ted-chiang or ask your own question.

8
Scientist that creates a potion that slows down his perception of time and dies of old age at sunset
2
What does “Louise's principle of least closet space” mean in Ted Chiang's “Story of your life”?
7
Looking for Sci-Fi Short Story: Avenging unknown alien beings that destroys sun
4
Length of a cubit in Ted Chiang's Tower of Babylon
5
Geometry of Ted Chiang's Tower of Babylon
16
The Target who shot back: old sci-fi short story
15
Story of a Witch Boy
2
Story by Aaron Bernstein about a man going to space at a speed faster than light and looking at the Earth of the past