Animated film or TV episode from the 80's or earlier?

Inspired by some of the other "what was this show" type questions. It might be a long shot because I only remember a few bits of this from my early childhood, which would date it as the mid-'80s or earlier (no way of knowing if it was a new show or a repeat).

I only really remember two scenes:

1) A small group (possibly as few as two, no more than 5) are walking or running on what I think was an alien planet, amongst what looked like large green tree roots (almost like if they were miniature and running between blades of grass).

2) There was a scene where someone had died, and their coffin was ejected into space from some kind of base station. Either this scene or the first one had some very memorable music - like a pan pipe or a flute sound, fairly high pitched but quite sombre or soulful.

Not sure if this rings any bells, but I occasionally think back to it and would really like to know what the show or film was. I might be able to provide more detail if requested. I'm pretty sure it was animated (cartoon) rather than live action, but it was so long ago even that could be wrong.

Your description reminds me of a French movie Les maîtres du temps (aired in the UK as Time Masters).

The story is about a boy lost in a sort of giant forest and a group of protagonists who received a distress call and come to rescue him, traversing diverse alien worlds.

At the end of the movie, there is a funeral scene that looks like the one you describe.

I don't know if it was ever aired in the UK, but somehow it makes me think of Starblazers, a late 70s anime series

This was the main starship (Yamato or, in some western versions, Argo), in case it rings some bells 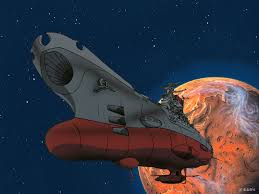 And this is the main cast of characters 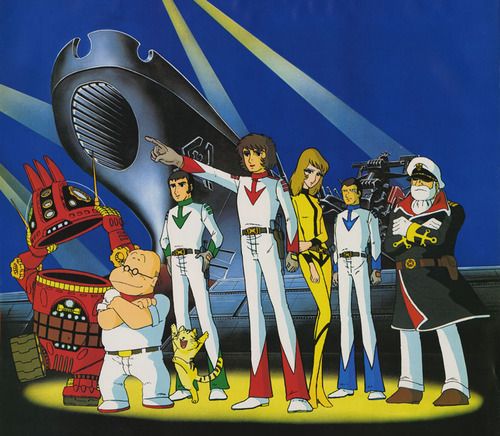 There were the funerals in space, and also the soundtrack was well-suited to the more intense scenes. Since the plot was about the titular starship traveling the space to save the Earth, there were numerous episodes where the crew had to land on alien planets, so maybe the scene you remember was from one of these episodes

34
What is this Disney scifi movie from the late 80s/early 90s?
10
Old animated sci-fi movie about a family traveling on a starship
3
Looking for Animated Celtic Japanese Movie around 2010
7
Fantasy cartoon movie with "Native American"-ish theme from the '90
16
Late 80’s early 90’s children’s animated movie with a crochet or patchwork owl?
17
Old animated film with bald blue people
5
Possibly a late 70's Animated sci-fi show with *one* episode about a meat eating venus fly trap growing huge and becoming dangerous?
7
An animated film where the enemy's minions fuse with their weapons