1980s(?) Short story about a Martian colonist who is offered the chance to become a sentient star

I read this story many years ago, probably as a short story in a science fiction magazine in the 80's.

It was a fantastic story that took place in the near future on a colony on Mars where a disease had taken over Earth and moved onto killing the remaining colonists of Mars.

The main character goes to something that was described like a holodeck that repeatedly produced a hologram about a man playing a piano in his ship.

Later he meets a super-intelligent being or beings that offers him the chance to escape his mortal coil and experience the universe in their perception of time. He transcends his body and becomes a star and witnesses cosmic time and the rise and fall of galaxies, cosmic timescales and the history of other beings.

It wasn't written by Isaac Asimov but I do think it was in one of his publications.

I found it Understanding Space and Time by Alastair Reynolds. 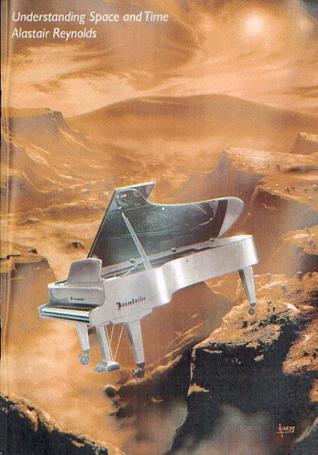