I am looking for information on a short story that was written probably in the late 60's early 70's. This was part of a short story collection; I can't be certain but it was possibly edited by Groff Conklin.

The story is told from the point of view of the aliens who meet human explorers on a planet they have both landed on. We can tell because of the description that the narrators provide of the humans. I remember specifically they thought the humans skin was ugly - too thin, they could see parts of the circulatory system through the skin.

The aliens are entranced with the human's hydroponic system, have never seen anything like it. The don't explicitly use the term 'hydroponics' since they've never see one before, but evidently food is in short supply and they really need something like this. The aliens, though, have this really cool pop-up survival tent that incorporates life support, power, etc. The humans and aliens swap hydroponics for the tent. Each think they've taken advantage of the other.

At the end, both high-tail it off the planet fearing the others will realize they've been ripped off and change their minds. The final line, said by the alien, is something like "The way they're behaving would make you believe that they - not we - have committed the perfect crime."

The alien home world had all its food crops destroyed by a blight. They are surviving on terrible tasting synthetic food which is in short supply. Alien explorers are frantically trying to find an alternate source of food.

They encounter a human starship. When they are invited inside, the aliens are stunned to see a hydroponic garden. This technology is the key to stopping the famine on their homeworld.

But the aliens play coy, pretending not to be terribly interested. Eventually they manage to get the humans to give them a spare hydroponic set up as an amusing trifle.

They give the humans one of their heating units, which the humans had been pretending to be uninterested in. It gives off heat, but also produces ashes. Things like diamonds, gold nuggest, and chunks of uranium. An amusing trifle.

As they depart, the aliens floor the ship's accelerator to run away, before the humans regret their bargain. To their surprise, the aliens see that the humans are frantically running away as well.

“Anyone would suspect that they—not we—had practically committed theft!” 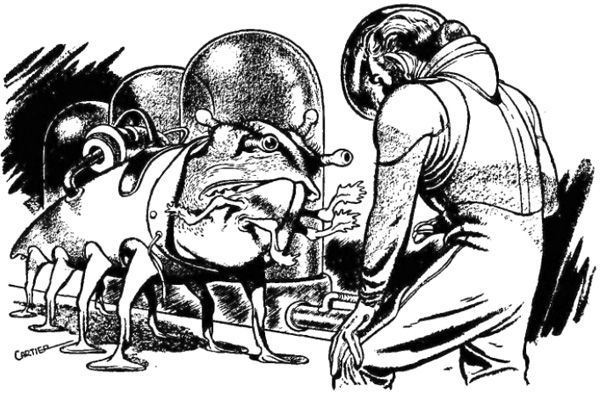 Not the answer you're looking for? Browse other questions tagged story-identification short-stories space-exploration or ask your own question.

14
Story about human space explorers who run into alien telepath space crew
10
Short Story: Humans as the bad guys
12
Short story about humans marooned on high gravity planet
6
Looking for a book about aliens on Earth for centuries with a hostile agenda
10
Short Story about aliens outlawing cars
21
Short story about feline-like aliens who go wild about protein
8
Title of sci-fi short story where at the end we learn that the main character is not human after all and every alien race calls itself "human"