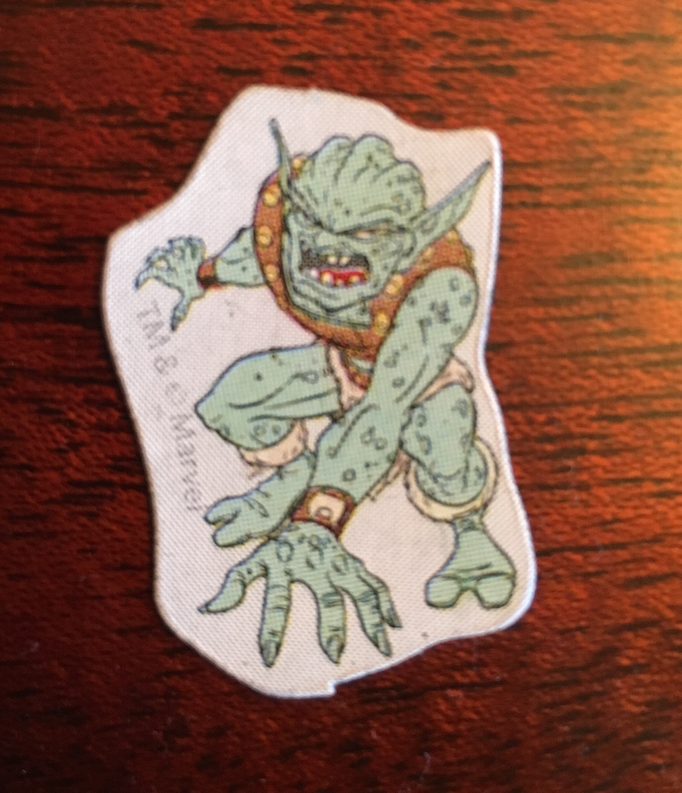 My nephew asked me to ID it, and I could not figure it out. The piece in question is from a Marvel magnet set for kids.

I contacted the manufacturer, Lee Publications, and this was their official response:

Those were created over a decade ago. That is a goblin of Asgard. They were very minor characters used to fill space.

Hope that clears things up! 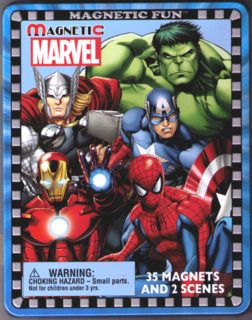 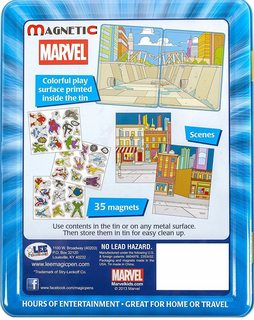 See Ulik as an example: 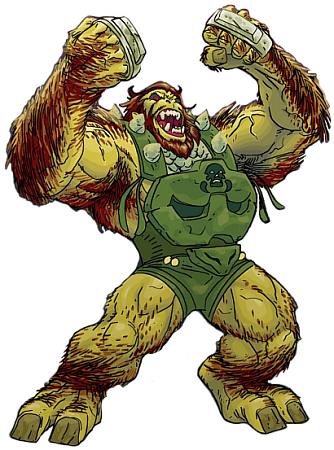 Now Rock trolls are typically orange skinned, but they have been depicted as green on some occasions (like the image shown above).

The troll in the picture looks very similar to the rock troll king Geirrodur, although he normally wears the more regal type robes as shown below. 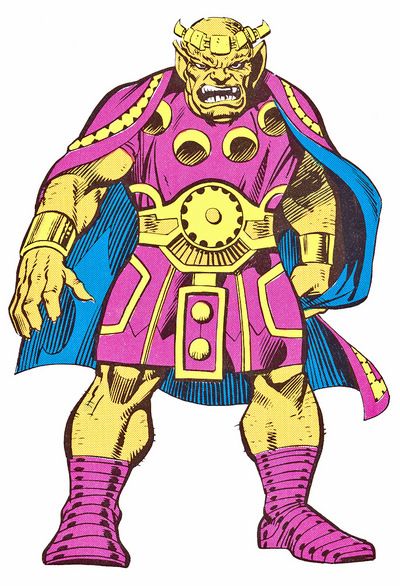 So I think the image is just generic rock troll.

I think this is Abomination. 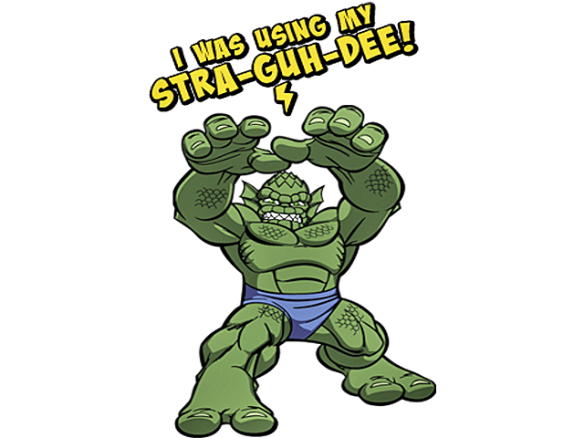 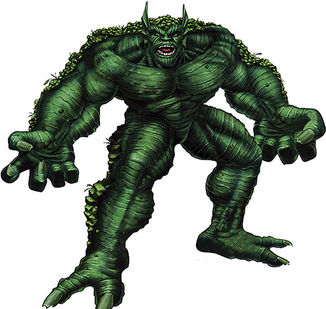 Details are on the Monster Wiki