What do the symbols in Mistborn mean?

In Mistborn books one and two (and likely others, haven't read more than the first part of the second one so far), there are symbols at the beginnings of all the chapters. They resemble the ones in the corners of the map. What are these symbols? 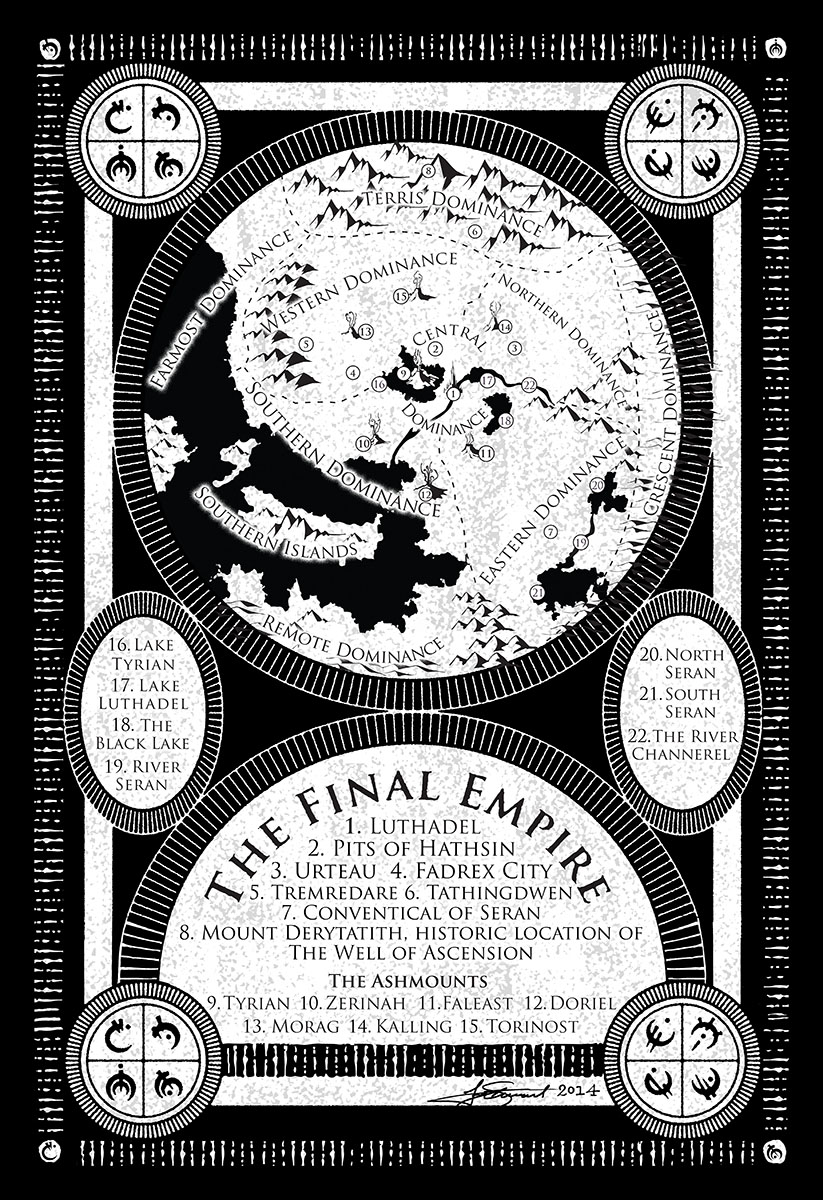 Since you haven't finished the series, I'd be careful of spoilers, but each symbol is a glyph, but each also represents a different metal. For example, the one in the very top left of the picture in your question represents steel.

The accepted answer is good, but I learned something recently that's pretty cool: they represent numbers, not just sounds.

At the beginning of each chapter there is the chapter number in our normal base 10 Hindu-Arabic numerals at the top, and one or two steel alphabet symbols representing the chapter number. That is why there are so many of them in the books.

Not the answer you're looking for? Browse other questions tagged cosmere mistborn the-final-empire or ask your own question.

14
Mistborn, Hero of Ages - The 'snapping' done by the mists reveals mistings. Of these, 1/16th burns Atium. Why 1/16th?
7
Has someone put together the story of 'The Hero of Ages'?
43
Reading order for Cosmere series by Brandon Sanderson
2
Is the magic in the Cosmere connected
7
What was Spook's real name?
7
Why was Vin the one chosen to infiltrate the nobility?
2
How many religions did we see Sazed preach?
5
How much of the Bloody Tan scenario was manipulated?
4
Why don't Mistborn and Mistings get drunk/poisoned because of the alcohol?
5
Why does Marsh burn tin in the dark?