Cartoon in which a boy and girl travel with a robot

I used to watch this cartoon when I was little, maybe around 2007, although I think it was older than that. I am not sure, but I think it was an anime. I do not remember it clearly but there was a boy and a girl who fought the bad guys. The boy and girl used to travel with the help of a giant robot or machine, they hopped on the legs of it. I think the robot looked like a cat (?) or some other animal. I've been searching on Google, but I can't find it with the little info I remember.

Could it be Robotboy you are talking about? The robot has ears that make his head look like a cat. There's 2 boys in it, and a girl and they both 'beat up bad guys'. 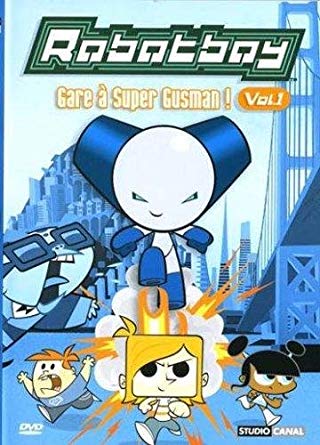 Could it be Yatterman (or another humorous anime from Tatsunoko's Time Bokan series)?

Of course the two heroes had different robots, that were dogs, elephants, pelicans, pandas (I don't remember any cats), but the basic description corresponds: a boy and a girl who travel on the legs of a robot. 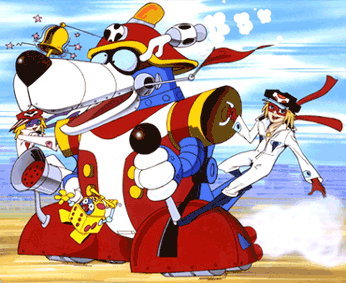 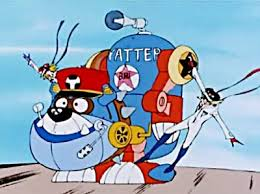 In that series, usually the bad guys were the true protagonists (and were usually very funny); they usually fought using small robots that came out from the mouth of the main robot 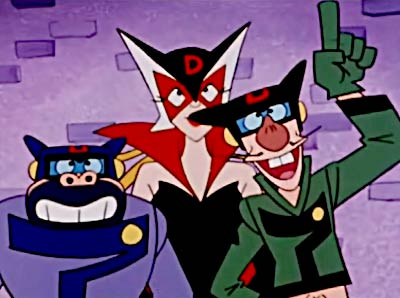 I'm distinctly getting a Sym Bionic Titan feel from this question. Posting a visual for the OP to reference: 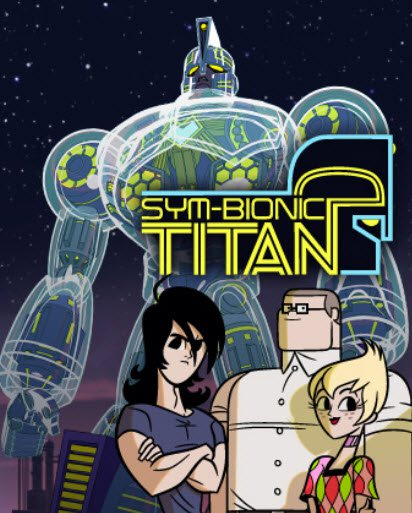 I came to this conclusion from these details:

This series focuses on a trio made up of "the alien princess Ilana, the strict, but rebellious soldier Lance, and the robot Octus; the three are able to combine to create the titular Sym-Bionic Titan." The titan could be seen as the robot, and though the years are a bit off the animation [not the art itself] used by creator Gennedy Tartakovsky was anime-inspired [as seen by the big eyes and hair], but not anime itself.

7
1980s robot cartoon. A boy, girl and a baby robot, they were red bodied with white heads
14
Old cartoon or anime featuring a girl protected by a Red Robot
1
Cartoon/anime where a girl turns to stone and the boy has a "hoverboard" and travels around with her body
4
90s/2000s anime/cartoon with a boy, a girl, and a robot looking for seven gems to prevent the planet from blowing up
7
Anime/Cartoon with a Giant Police(?) Robot
3
Cartoon/anime where thunder hits a robot and the boy hero can then control it to fight evil with
5
Anime with a blue robot protecting a young girl
8
Old cartoon with a red? robot in a desert and a girl
3
80s Robot Cartoon where giant robot is controlled by kid with lunchbox