Is there a type of "Blood God" in the Lovecraft "Universe"?
Something like a creature that is heavily connected with blood in any kind of form.

I need it for a backstory of a character who is a Cultist and I want to have him worship a "God" who he constantly sacrifices blood to.

There are lots of Cthulhu Mythos deities that could be related to blood, although neither of them is indeed called "the blood god", but let me try describing a few that would come close: 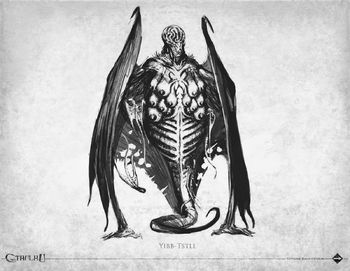 Yibb-Tstll (The Patient One) is an obscure god, said to watch at the center of all time as the universe revolves. Because of this insight, only Yog-Sothoth is said to be wiser. Its blood, the Black, is a weapon which takes the form of black snowflakes that stick to and smother a victim. The god's touch causes an instant change in the person affected‚Äîthis change is usually fatal but occasionally brings some benefit.

It is also said, that he is constantly feeding some vampire-like creatures.

Nyarlathotep - the messenger of the Gods 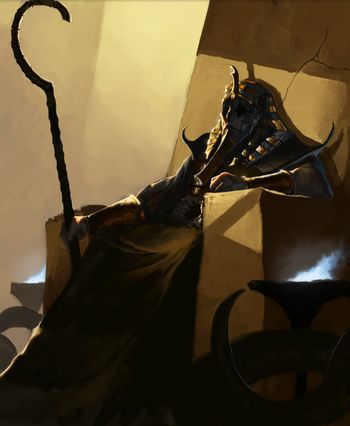 Nyarly is a bit of a do-it-all god, since he is an acting will of all other Outer Gods and many of the Great Old Ones. Contrary to them, he actively walks among humans since in one of his thousand forms looks like an ordinary, although very black (yeah... HPL was a bit of a xenophobe) human, often associated with Christian Devil. It is not hard to imagine, that he would be quite happily posing as some sort of a blood good

While Nyarlathotep is a bit of a trickster kind of a devil, Y'golonac is evil with capital "E", to the point that even other Mythos creatures shun him: 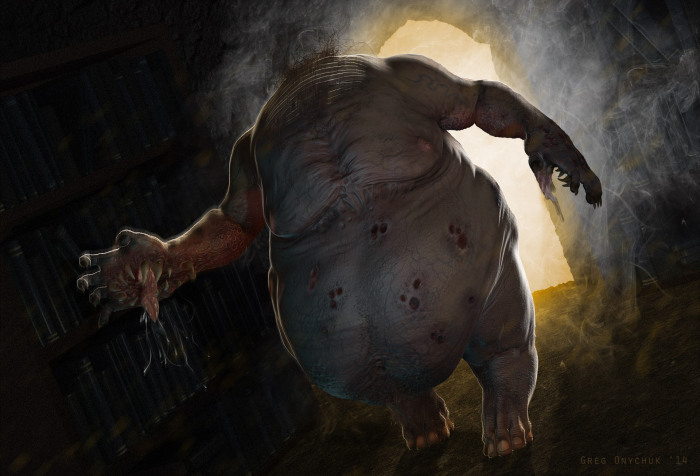 Now, since the OP asked also about Warhammer/WH40k gods lets mention them too. But first of all - for (the most of) them it is not as much the blood itself, but the intention behind the blood offering - if you kill for pleasure - Slaanesh is your guy, if for desire of power - check up with Tzeentch.

But let's focus on the main guy here: 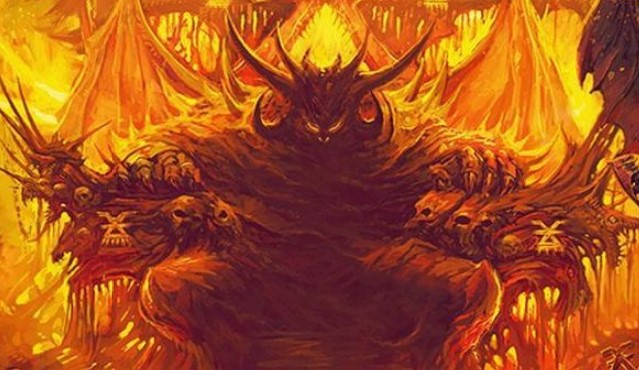 Khorne IS the blood good - he is the god of slaughter, war and murder. His domain covers the most basic and brutal of sentient emotions and actions, such as hate, anger, rage, war and killing. Every act of killing or murder in the material universe gives Khorne power; the more senseless and destructive, the better. However, though Khorne is the god of bloody slaughter, he is also the god of martial pride and honour, of those who set themselves against the most dangerous foes and earn victory against the odds.

His code is simple: blood and more blood. His only temple is the battlefield, his sole sacrament the spilled blood of nations.

Not the answer you're looking for? Browse other questions tagged h-p-lovecraft or ask your own question.

10
Where does Cthulhu slumber in "The Call of Cthulhu"?
16
Cthulhu Mythos: How does the cult recruit people, if at all?
33
Was Lovecraft's "Shunned House" a real building?
12
Does the Miskatonic River match a real place?
5
Where does the huge black doorway from which Cthulhu emerges lead to?
7
Why does Lovecraft write that Mount Nansen (approx. 9000 ft.) is 15,000 feet high?
10
Short story about a sea monster attacking a ship - this author inspired Lovecraft