Can a Force-Sensitive Self-Train?

Is it possible, in the Star Wars universe, that someone who discovers they are Force-sensitive can self-train? Say they were afraid of the repercussions of being discovered and instead just tried to figure out how to use the Force on their own? I'm not talking about Grey Jedi. I'm talking about someone COMPLETELY OUTSIDE of either side, being on their own, with NO desire to be discovered by either the Sith or the Jedi, suddenly discovering their ability and over time "practicing" and self-learning what to do with it.

A contextual example would be: Leia Organa (Canon). She was Force-sensitive being the other Skywalker twin, but she never became prominent with her gifts. Rather she kept quiet about that and became the leader of the Rebel Alliance and a diplomat. Is it possible she self-trained when in her own privacy, however?

Another example: kid messing around in a junk yard on planet X. Large piece of junk falls and hurls toward the kid. Kid panics, and instinctively uses the Force to repel it and hurl it another direction. Kid falls backwards and stares at the piece of junk sitting 100s of feet away. Kid thinks, "Did....did I do that? I wonder what else I can do?"

I'm fine with in or out-of-universe answers. "Read the books" is not an acceptable answer. I admit up front I have not had the time to read every single Star Wars book out there, so I may be missing some information that others have read. I have seen all films.

One person who may fit your criteria is Princess/General Leia Organa, whose never been formally trained, but has used her force abilities. 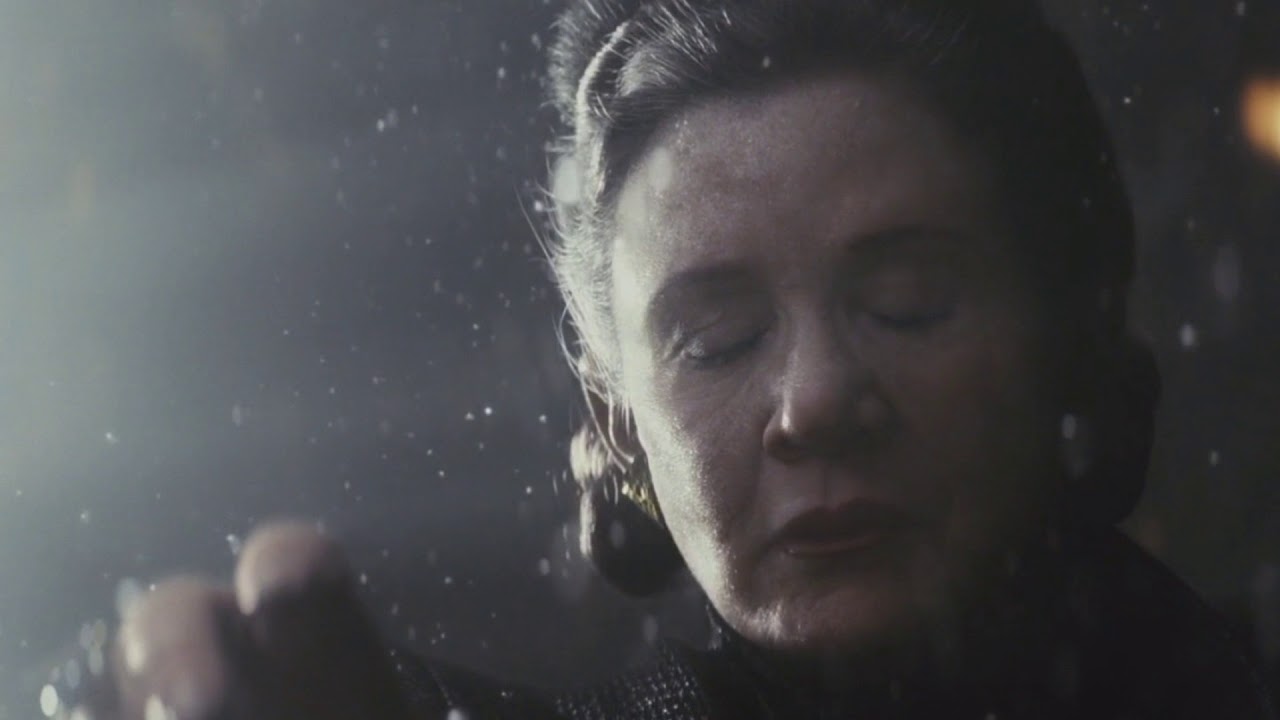 When Disney took over the canon and began to recontexulize the former EU, they took things in a somewhat different direction and began to lay the ground work in various source materials showing Leia was Force-Sensitive for a while, but never reaching "Jedi" status, which may also then help to rectify a possible plot hole from Return of the Jedi that defy's the idea that viewers believe that Leia never met her biological mother.

Star Wars Official Website has a page dedicated to her use of Force Abilities, citing many of times she has used them, and her belief in following her own path and not being formally trained into a Jedi.

Leia’s connection with the Force has been briefly touched upon in the films, and usually, her connection has to do with her own sense of empathy. Despite the intensity of her situation, Leia is able to focus on Luke’s call for help toward the end of The Empire Strikes Back, and can sense that he’s safe without being on the same planet as him at the end of Return of the Jedi. In one of the most heart-wrenching shots of the entire saga, Leia slowly crumbles to the ground when Han Solo is killed far away on Starkiller Base by their son, Kylo Ren, in The Force Awakens (gosh, that physically hurt to type). Beyond these instances, Leia’s unique relationship with the Force has grown through new adventures in books and comics, adding rich new relevancy to her growing understanding of the Force. 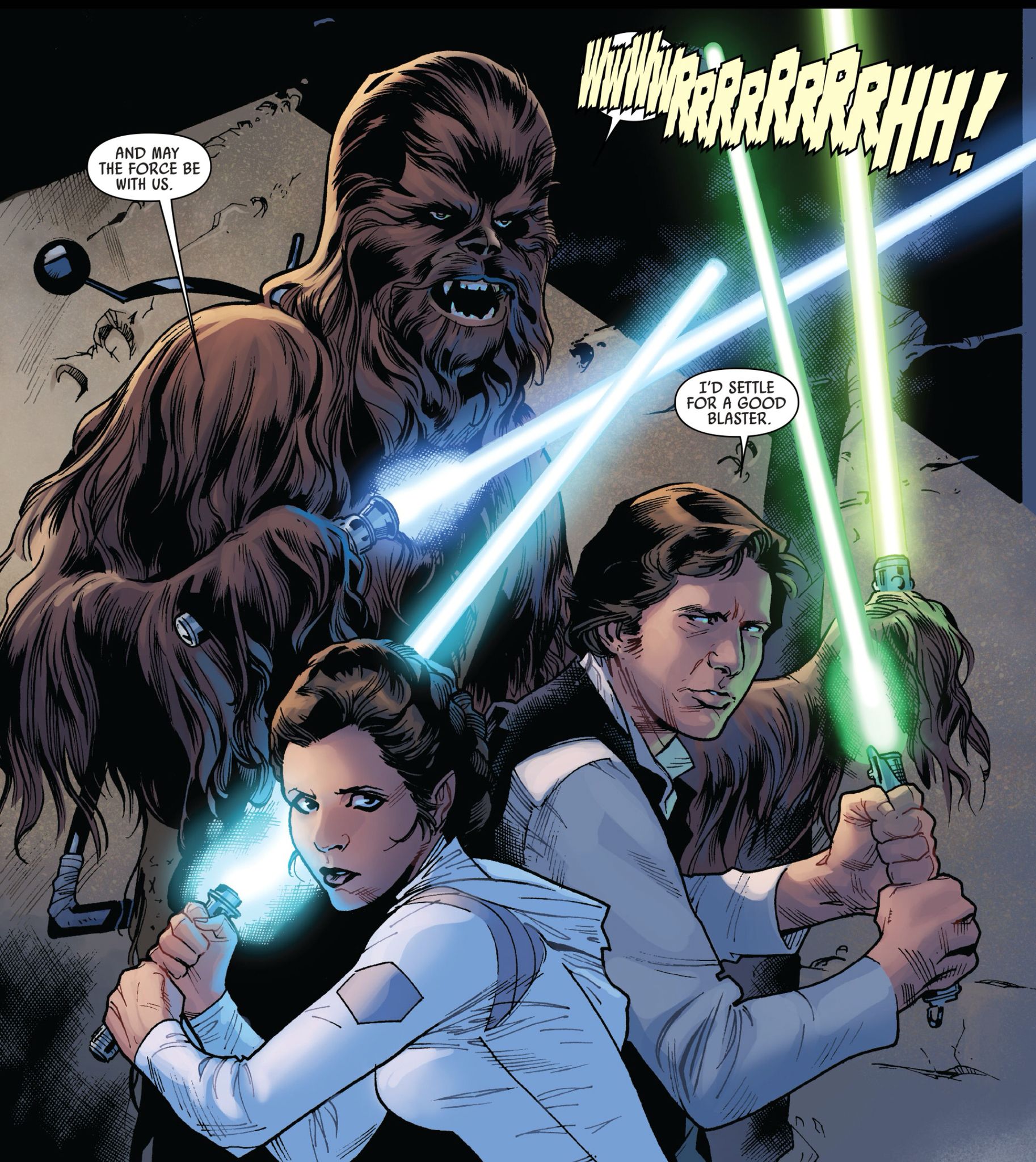 One of the earliest canonical interactions that Leia shares with the Force throws back to Return of the Jedi in a wonderful and very important way. In issue #2 of Marvel’s Princess Leia, the ambitious young leader makes her way to Naboo on a mission for the Rebels, accompanied by R2-D2 and her pilot, Evaan Verlaine. Shortly after the trio lands, a mural of Queen Amidala stops Leia in her tracks. In three gorgeous panels, Padmé seems to come to life and turn to look at Leia with those kind, sad eyes. But when Evaan doesn’t see the same thing, Leia hesitantly dismisses it. Here, the images and feelings that she later describes to Luke on Endor are on full display, and so is Leia’s strength in the Force. Luckily for Leia (and for us), this isn’t her last trip to Naboo, nor her last vision to be had on the gorgeous planet that was once her mother’s home.

The new run of Star Wars comics by Marvel have even given Leia the chance to pick up a lightsaber in one of the coolest massive fights since the Battle of Geonosis. While Luke spends his time complimenting Han for looking ultra cool with a lightsaber, our erstwhile Princess seems like a natural, especially with that strangely familiar arch of blue light emitting from the hilt.

So, with this kind of connection to the Force, why haven’t we seen Leia don the robes of a Jedi yet? These moments (and undoubtedly more) influenced Leia’s choice to follow the path that she did. The visions, feelings, and images coupled with her trained sense of judgment made her an incredibly formidable leader, and probably one of the few people who could take up the reigns of rebellion in the galaxy’s darkest hour. That skill also serves as a comfort for her, as she states during a bittersweet moment with Han in The Force Awakens, when the two finally reunite after the tragedy of their son’s turn to the dark side — it was the only thing she knew how to do in times of crisis. But most importantly, this path was absolutely something that Leia decided on for herself.

And an Interview with JJ. Abrams via IGN Reconfirming This Idea:

Also Just to note, that despite that some force-sensitive characters do get formal training by Jedi, Sith, or Other (Snoke, Knights of Ren, Etc), at some point, we have seen characters like Rey and child Anakin who displayed force abilities at a young ages and/or before any formal training occurred.

In The Phantom Menace Anakin used the force to guide him while pod-racing and then, Rey in The Force Awakens (and other tie-in materials), survived Jakku as a very young child mostly by herself and was also able to battle Kylo Ren with a lightsaber without ever being trained to do so (she and Kylo Ren have "raw" power that has not been well-defined or explained yet). In addition Anakin's/Luke's lightsaber calls to her and shows her "force visions". 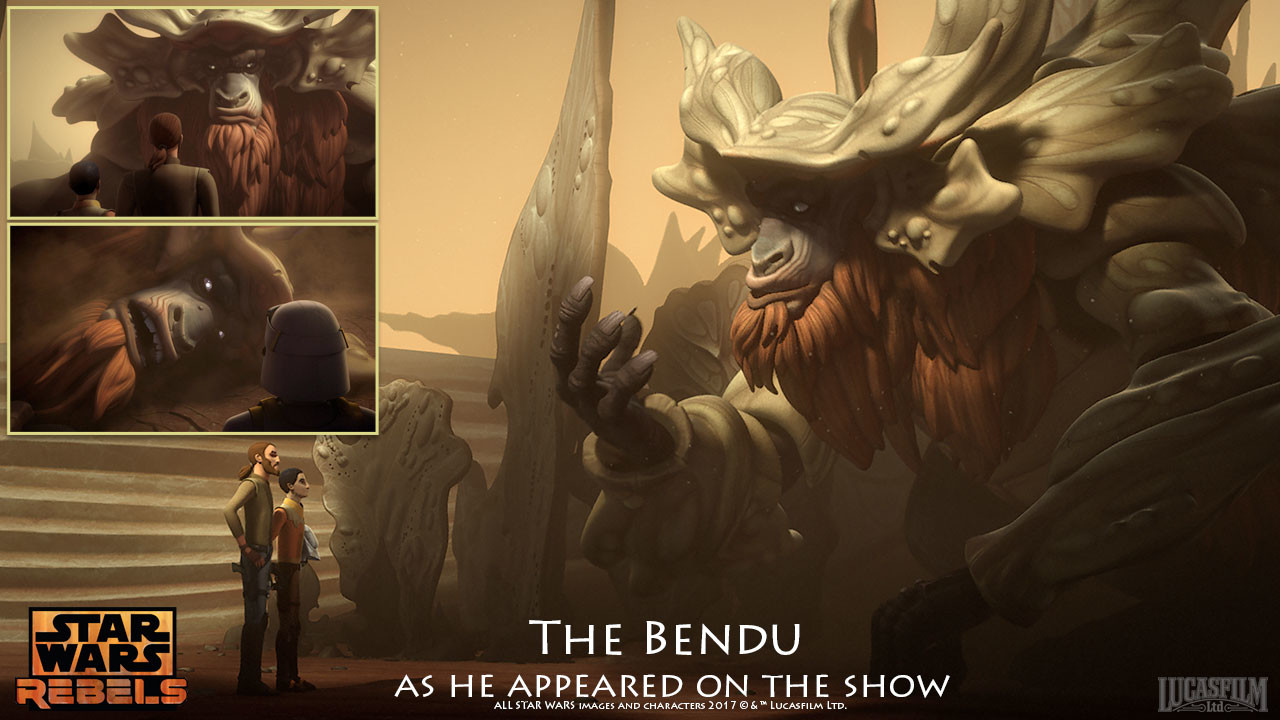 There is also the entity called The Bendu, who somehow came to believe in not taking sides at all and therefor wasn't seemingly trained and doesn't train others.

41
How does taking-a-Force-sensitive-youngling-to-the-Jedi-Temple go down?

12
Can someone become artificially Force-sensitive?
2
Can one's future self cause one's past self to have a Force vision?
2
Can Twi'leks and Sith (purebloods) interbreed?
9
What led Qui-Gon to conclude that Darth Maul was a Sith?
7
Is the storyteller kid at the end of “The Last Jedi” Force-sensitive?