Novel: little girl holding a green stone that gave her the ability to talk to animals [duplicate]

I've read this book along with the series of I'm sure went up to about 3 or more other books. I read them around the year 2008 or 09, I can't remember most of the story because I was young but I loved it.

The book cover showed a little girl maybe the age of 11 to maybe early teens holding/cupping a green stone that I think could give her the ability to talk to animals or do some sort of ability.

I vaguely remember bits and pieces of the story but someone else was after the stone which sent her on an adventure to get the stone to right place out of the reach of the wrong hands. I think she had a younger brother with her or a town friend that joined her on her quest. I think her father or guardian was a teacher or a scientist that faked his death before the quest because he knew she needed that comfort of him being out of danger while she went out. He knew she had something that was special that effected the stone. (From book 1)

I could be incorrect about some of the details, it has been nearly 10 years since I've read them.

The Land of Elyon, by Patrick Carman 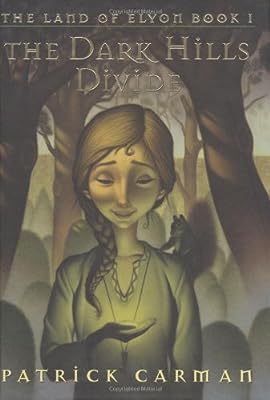 An extraordinary debut weaving magic and heroism into a classic tale of good and evil, featuring a heroine you'll never forget.

Inquisitive twelve-year-old Alexa Daley is spending another summer in the walled town of Bridewell. This year, she is set on solving the mystery of what lies beyond the walls. Legend says the walls were built to keep out an unnamed evil that lurks in the forests and The Dark Hills. But what exactly is it that the townspeople are so afraid of?
As Alexa begins to unravel the truth, pushing beyond the protective barrier she's lived behind all her life, she discovers a strange and ancient enchantment -- and exposes a danger that could destroy everything she holds dear.

At the beginning of the first book, her mentor, Thomas Warvold, "dies", and it's later revealed that he faked his death later on in the series.

The green stone pictured on the cover stone gives her the ability to talk to animals.

The book starts by Alexa going on a walk through the streets of Bridewell with her adventurer friend Thomas Warvold. During the stroll, Warvold tells Alexa a fable that he heard on one of his far-off journeys. When the fable is finished, Alexa finds that Warvold is dead.

Later on, Alexa uses the silver key to open a passageway hidden behind her favorite nook. At the end of the passageway, outside the wall, Alexa is greeted by a short man named Yipes, who seems to have been waiting for her. Alexa follows Yipes up Mount Norwood and comes to a glowing pond. Inside the pond, she finds a green stone. Once she puts it in her leather pouch, Yipes takes her to his house. Waking up from her sleep, Alexa finds that she has the ability to talk to animals. Darius, a wolf separated from his family, leads her to a tunnel under the walled road between Lathbury and Bridewell.

I identified this story by recognizing it :)

4
Series of books; in one there is an island with very tall large pillars
6
YA book with smiling girl on the cover with very long braid and an animal
4
Recall book series with a young girl who can talk to animals (English with at least 4 books)

7
YA book about sister being alien, discovering telekinetic powers in a car accident
1
In what novel does a girl-turned-vampire discover she also inherited supernatural powers from her father?
9
Teenage girl finds clothes that make her travel back in time
30
Girl goes over to the other site of her house and encounters her button-eyed "other parents"
8
Book centered on beautiful blonde (nymph?) with green eyes
9
Novel about a girl living in submarine, becomes fish if water touches her?
4
Book about a girl who could talk to animals
9
Fantasy novel with giant hypnotising dragonflies and a young witch that has to keep her identity secret
37
Looking for novel with a girl that knows current stock prices