In which comic does Adam Warlock die and in which is he reborn?

Adam Warlock is mentioned as dying and being reborn in his various wiki bios and the comics without it being clear when/how each happened. In which issue does Adam Warlock die and in which is he reborn?

That is a tough question. The series of stories which first feature Warlock and his interactions with Thanos and to a lesser extent, Captain Marvel and the Avengers is complicated, filled with discussions about the true nature of reality, sanity and other metaphysical issues. This was also some of the best writing to have occurred in comics at the time.

His first true death occurs in two different comics and displayed in two different perspectives. The first point of view is in Warlock #11 and called aptly: "The Strange Death of Adam Warlock". From this story's perspective, Warlock is traveling to a point in a parallel continuum where he will become a galactic despot called the Magus. His goal at this point is to destroy the timeline that will allow the Magus to exist. To do this he must kill a future version of himself. 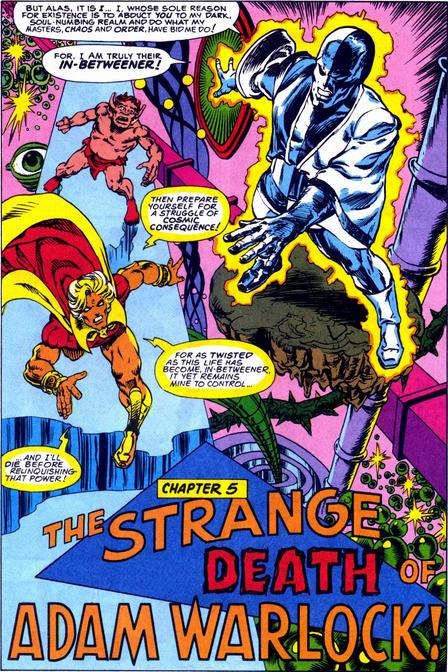 At the end of this issue Adam Warlock is still alive, from a certain perspective, hence the title. The events leading to his real death will occur when he is mortally wounded in a conflict with Thanos and allied with the Avengers and Captain Marvel in Avengers Annual #7. 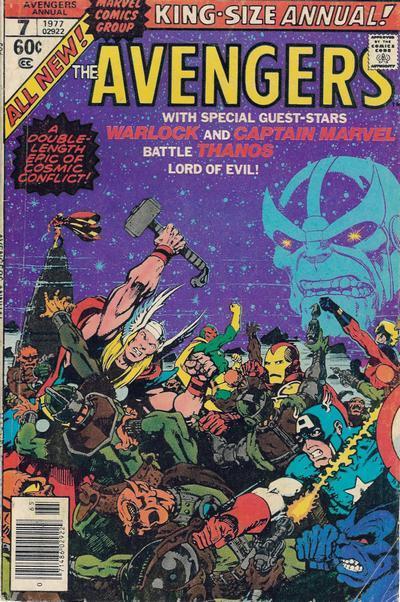 An earlier version of himself comes from the past to absorb his soul into the Soul Gem. This event is first seen is in Warlock Vol. 1, #11. This brings his soul into the soul gem, and ends his life. The soul gem appears to him and the people he has brought into it as a paradise realm. 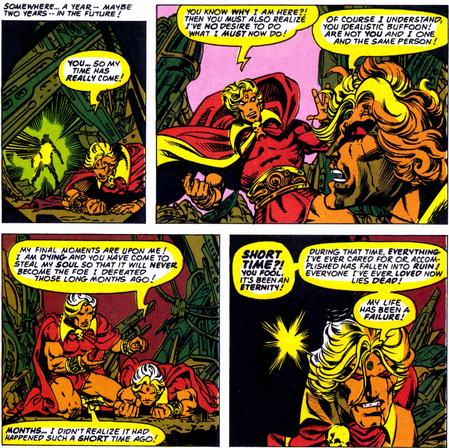 This is done to prevent him from becoming a galactic despot known as the Magus. The Magus is/was a version of Warlock, who driven insane, is reborn more powerful and willing to subjugate the entire galaxy under the guise of the Universal Church. This is the threat Gamora was created by Thanos to defeat. 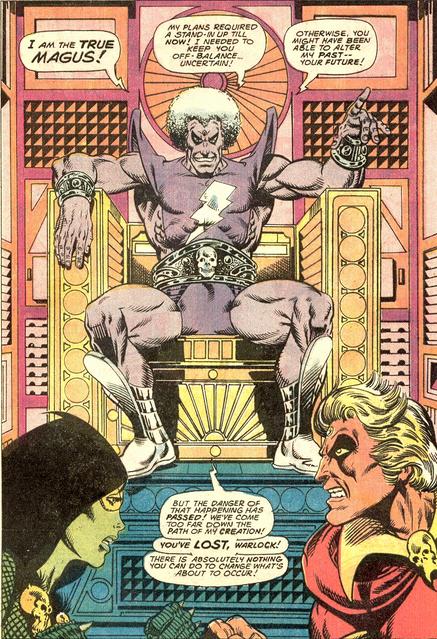 Warlock returns to life momentarily through the machinations of Master Order and Lord Chaos, using Spiderman as a medium to restore him long enough to turn Thanos to stone, thus ending the threat to the galaxy. Warlock returns to the gem. Thus endeth the life of Adam Warlock. 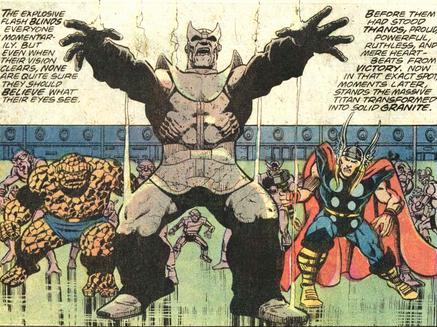 Adam was content to remain dead until the threat of Thanos resurfaced as he gathered the other Infinity Gems in order to sacrifice the Universe to Death as tribute. After Thanos gathers the soul of the Silver Surfer, the Surfer convinces Warlock he should leave the gem and return to battle. Warlock returns to life in Silver Surfer Vol. 1, #46. He brings Pip, Gamora and the Surfer back to the world of the living. 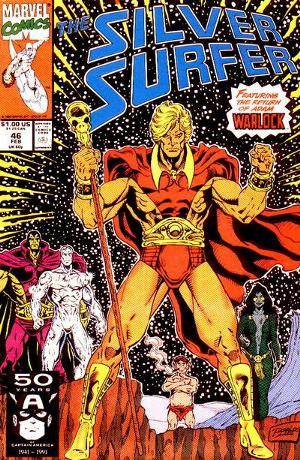 In case you were wondering, this is the same Adam Warlock who shows up as a member of the Earth-616 superhero team of the Guardians of the Galaxy. He has experienced another near-death experience and is reborn from his restoration cocoon with even greater powers than before. He has always possessed superhuman strength, speed, stamina and acrobatic combat prowess. Each of his rebirths enhance his abilities, as if he were experiencing an accelerated evolution. His latest rebirth has given him the ability to manipulation quantum fields, something he calls "quantum magic" and the ability of teleportation. 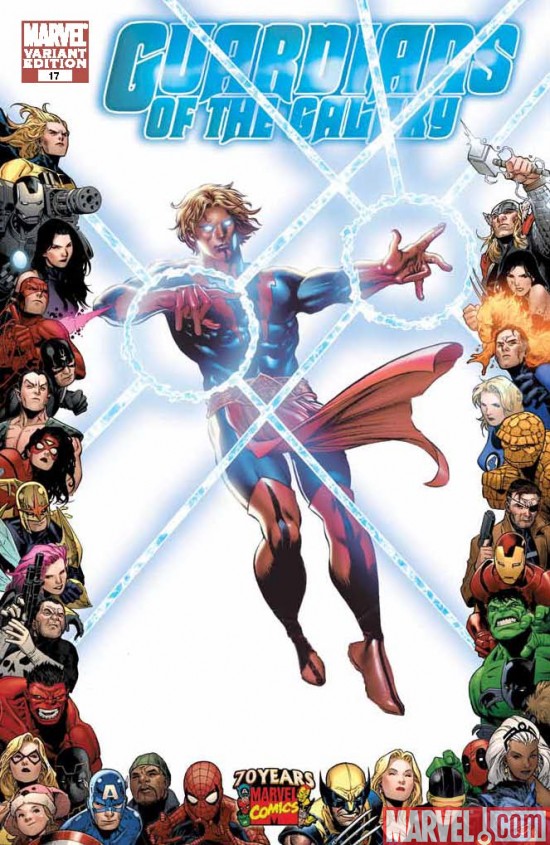 Okay, someone had to go and mention the Crucifixion on Counter Earth (thanks Joe White). When I first interpreted the question, I did not mention any of Warlock's returns to his restorative cocoons as "deaths." If you are "killed" and an energy form surrounds you and brings you back to life, you didn't really die. So if I am to add those as well...

In Marvel Two-In-One #63 (1980), Adam Warlock is raised from the grave by Her (Paragon) but without his soul (which is in the gem) he is sent back to the grave. Her is broken-hearted as a result.

Not the answer you're looking for? Browse other questions tagged marvel comics episode-identification or ask your own question.

17
Which Marvel Comics eras and story arcs does the '90s X-Men cartoon reflect?
14
How Do I Know if a Comic Book Issue Is Part of a Series?
8
In which comic issue was Superman ruler of hell?
10
Was there a one-off Spider-Man public awareness / anti-drug comic given away with chocolate pudding in the early 90s?
6
Was there a purposeful dual use of the names Warlock and Magus in Marvel Comic Canon?
7
Marvel comic with robot aliens and major superhero deaths
5
Are Thanos and Adam Warlock friends?