When I was younger (8 to 14 years ago, roughly) I read a comic book that I distinctly remember one thing from: a particular weapon.

It was a crossbow that fired a 'bolt' that unfolds mid-air into a horizontal sword/knife-like projectile which then proceeds to decapitate the opponent. After unfolding, the blade flew almost like an airplane, albeit a very sharp one that will cut whatever it makes contact with. I made a very crude illustration of how I remember the bolt being fired and unfolding: 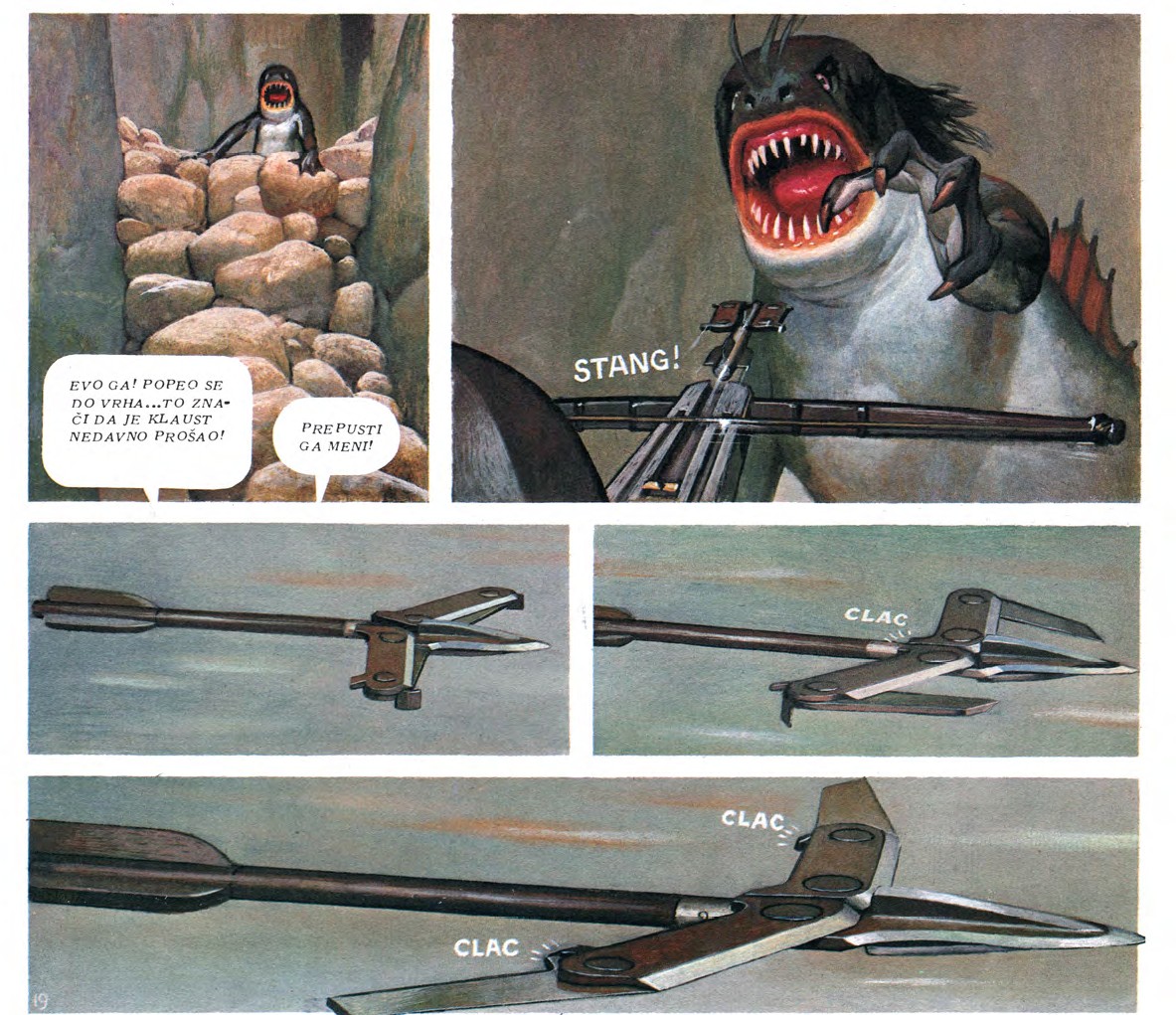 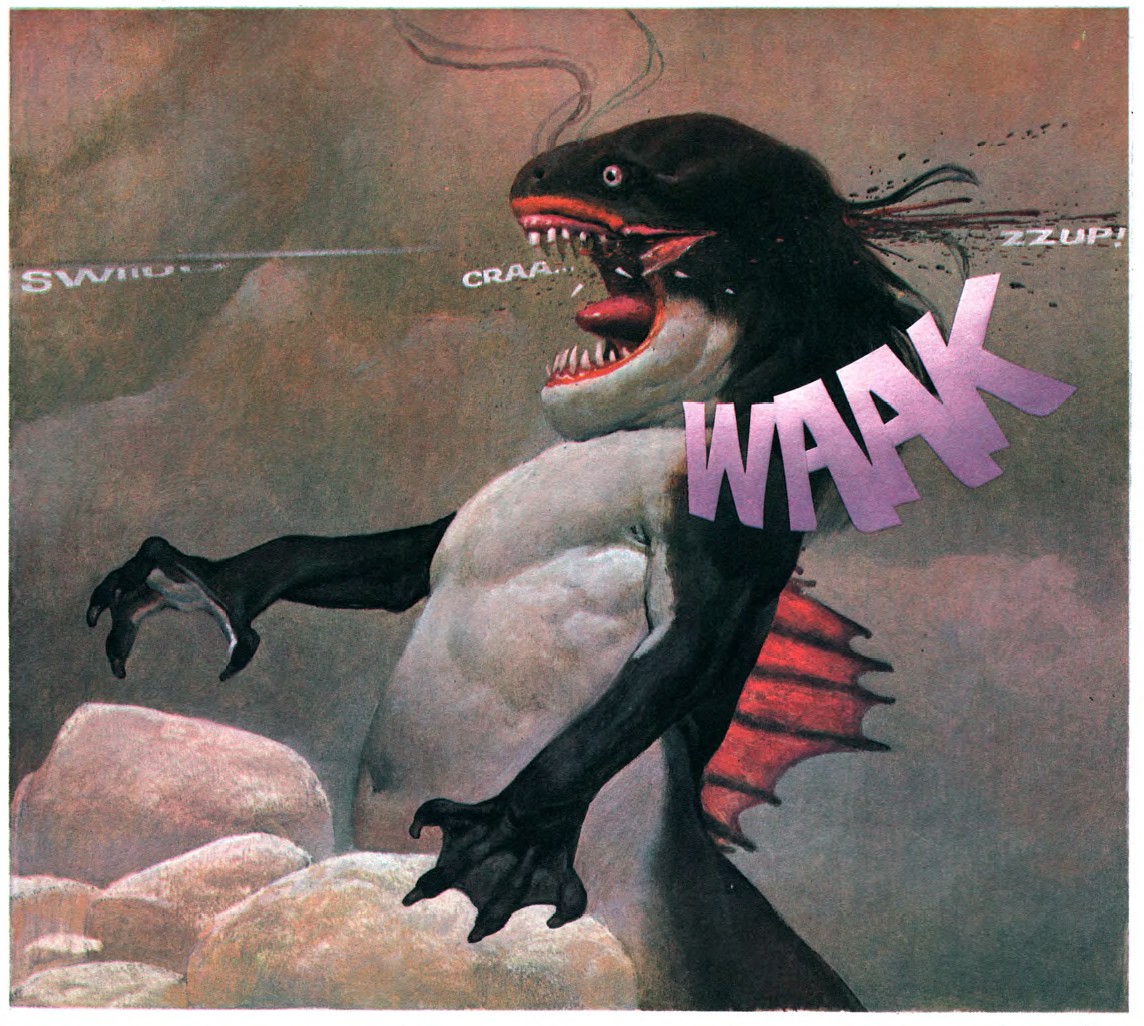