The film contained a scene where the protagonist gets a broken sword and forge welds it. Then he performs feats. Bodybuilder, looks like Schwarzenegger (maybe it was him).

The reforging of a sword is a central element in the opera Siegfried and the ancient Nibelungen Lied it is based on. There have been several movies based on either, but the one that looks the best match to your description is 2004 TV movie Ring of the Nibelungs (variously titled The Curse of the Ring, Sword of Xanten, and Dark Kingdom: The Dragon King), starring Benno Fürmann, Kristanna Loken, Alicia Witt, and Max von Sydow. Judging from the trailer, it looks fairly old-fashioned, so could be mistaken as being older than it is.The hero looks more like Kevin Sorbo than Schwarzenegger, though. 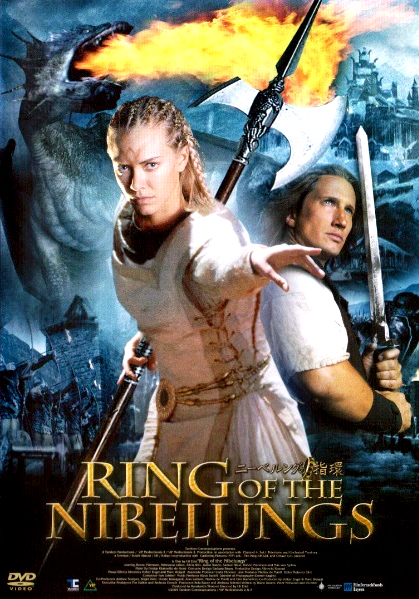 Another possibility is a 1966-67 adaptation in two parts, Die Nibelungen; a remake of Fritz Lang's 1924 silent movie two-parter or the same name (which is amazing, but probably not what you're looking for). 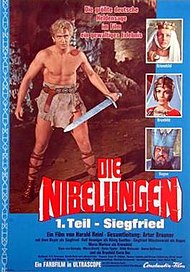 Not having seen either of these two adaptations, I don't know if the sword-reforging scene is in any of them. There may also be non-Siegfried/Nibelung movies with reforging of a sword, but the only one that comes to mind is The Lord of the Rings.

Not the answer you're looking for? Browse other questions tagged story-identification movie conan or ask your own question.

4
Movie where piano player gets robotic hands
9
I’m looking for a fantasy book with a female protagonist with red hair, who climbs a sacred rock and sparks civil unrest
15
Old sci-fi/thriller movie centered around a pistol that causes blackouts/temporary amnesia with bursts of light
6
Damsel in distress adventure/fantasy movie
6
Anime: main character equips a horned helmet to fight monsters/criminals, pulls out a sword from his arm
8
Sci fi film similar to Village of the Damned
7
MST3K-reviewed science fiction film that involved a chase scene (and I think some ramming) in a warehouse with what looked like floor buffers
34
Really bizarre dystopian children’s film with hundreds of young boys forced to play piano
5
Movie: in a big seaside city time travel portals open to the apocalyptic future with the fading sun and zombie mutants