In 2009-2012 I went into a dentist's office in the United States of America. There were a few touchscreen game systems. One of them had one of the Luxor video games, I think Luxor 2 or Luxor 3. I looked at the names of all the games Wikipedia says the same developer made and found none that seem to be about snowmen.

A very similar system there had this game:

User Valorum has found a video of someone playing the game here. As you can see, there's a bar marked "Magic" which would place this strongly on-topic for SFF. 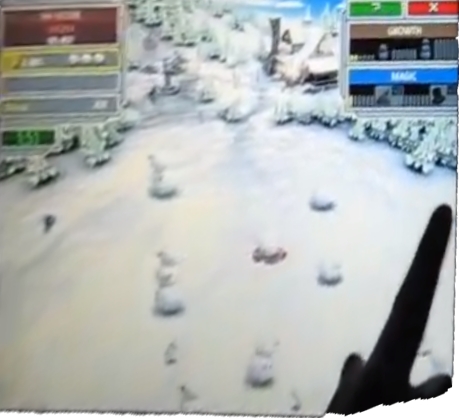 This is Megatouch Games' Feeding Frosty. 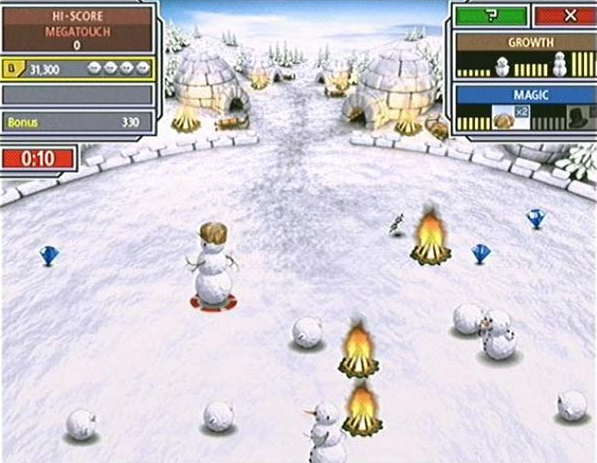 Unfortunately, the products that played this game (the Merit Megatouch Countertop Touchscreen range) are now discontinued. You can pick them up on eBay or from specialist retro-gamer retailers but they're not cheap.